For the past several years LEGO space enthusiasts have been getting together on Flickr each February to showcase planetary exploration rovers of all shapes and sizes. While it’s not a contest, as the month draws down one builder, in particular, is standing out as the unmistakable leader of this year’s Febrovery event. US-based builder Frost has certainly been no slouch with one new eye-catching rover after another each day so far. We’ve already featured his glamorous P6R, but now is a great time to highlight some of the other fantastic rovers he’s added to the current lineup. Here’s one which looks as if it was made specifically for a space-faring Clark Griswold: 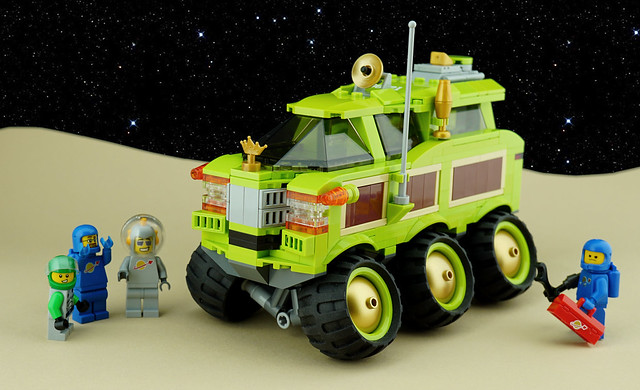 This thing is ugly, but in a really good way. The lime-green body, wood paneling and gold trim grants a rather funky, 70’s vibe. I wouldn’t be surprised to find an eight-track player and shag carpet inside this futuristic station wagon. Further down the line, Frost’s two-wheeled rover is ready to cover some ground with its single axle, Segway-esque design: 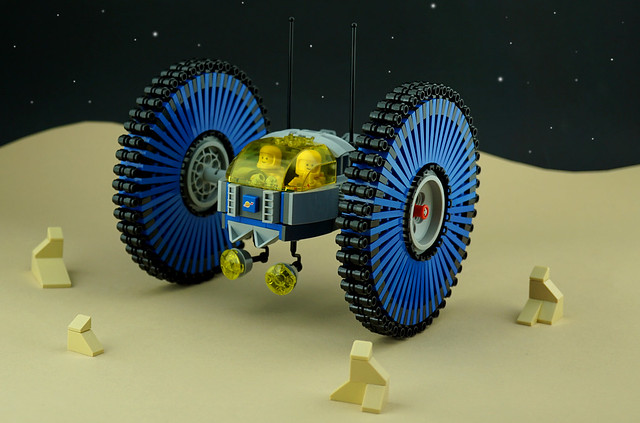 Those looking for a classier ride won’t be disappointed by this tracked rover accented by the newly introduced coral color: 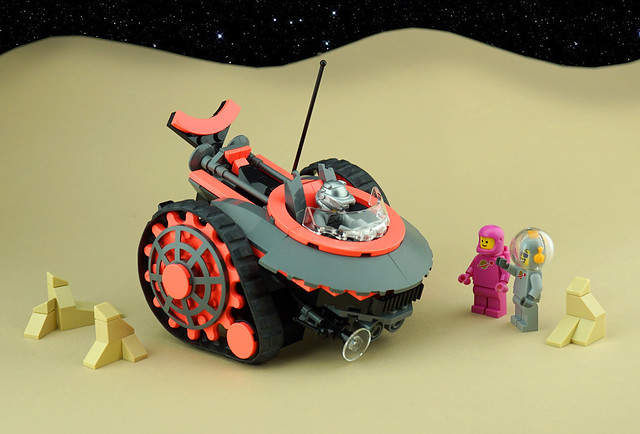 I wasn’t sure what builders were going to do with the new flowery gear part introduced in the Pop Up Party Bus, but Frost has put it to great use here. One of the things that makes Frost’s rovers stand out are the humorous stories which accompany them, often involving Honest Joe’s Used Rovers and the eponymous salesman as he tries to eek out one shady deal after another. Make sure to see the whole series so far on Frost’s Flickr. And, with still around a week to go in Febrovery, keep an eye out for more as I bet the best deal has yet to arrive.