When it debuted in 1999, Rock Raiders was LEGO’s first theme dedicated entirely to mining, and this year marks its 20th anniversary. Set in a futuristic world, the teal highlights and yellow caution stripes now evoke a particular kind of nostalgia for those of us who had the line as kids. Purple-Wolf has put together a series of creations set in that grungy, dark underworld. First up is a sort of convoy truck called the Rubble Shovel, and it’s armed with the biggest plow possible. That plow is actually from Duplo, but it fits the aesthetic perfectly here.

The trailing parts of the vehicle are containers, which for the teal triangular sides make use of a part that rarely makes its way into creations, the Xalax racer launcher. 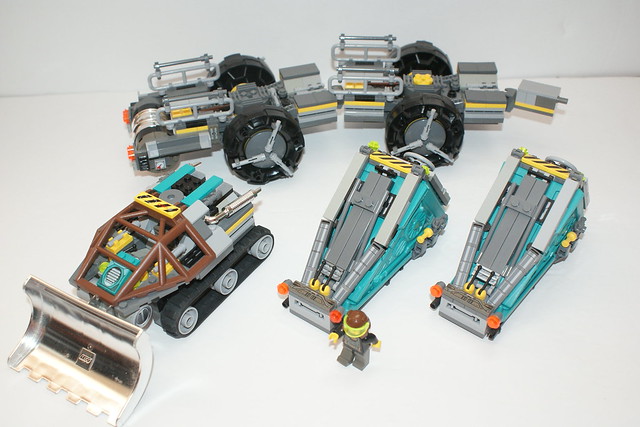 Next, Purple-Wolf brings us a boulder-chucking mech that’s a great deal more poseable than any mech from the official line ever was. Even though it’s been re-introduced after lying dormant for years, the LEGO color teal is still scarce, so every piece counts. The Throwbot wing element makes a great highlight on the legs and arms. 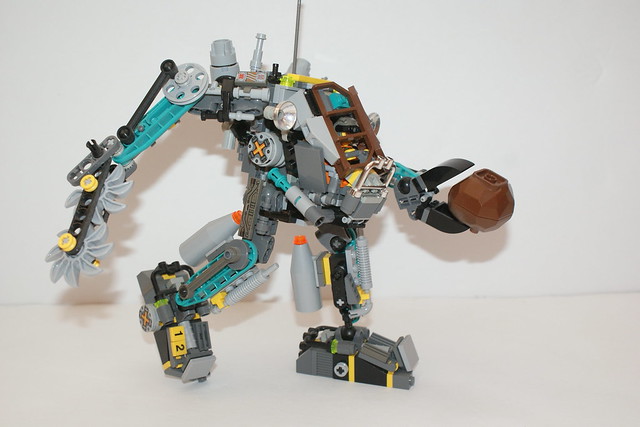 And finally, there’s a nifty speeder bike, built around the LEGO dirtbike chassis. As was always the case with Rock Raiders, a few small chrome touches make the model, and in this case it’s a pair of air horns and a custom-chromed helmet. 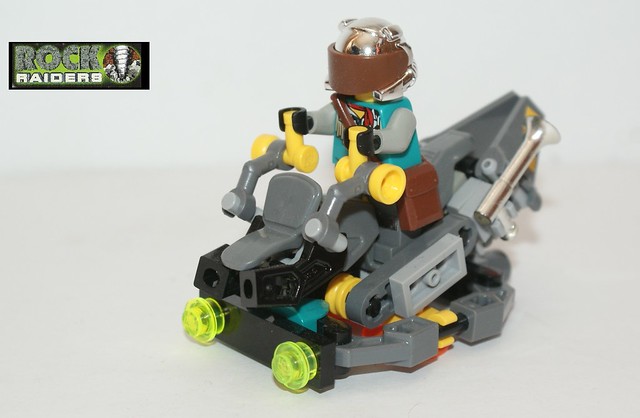