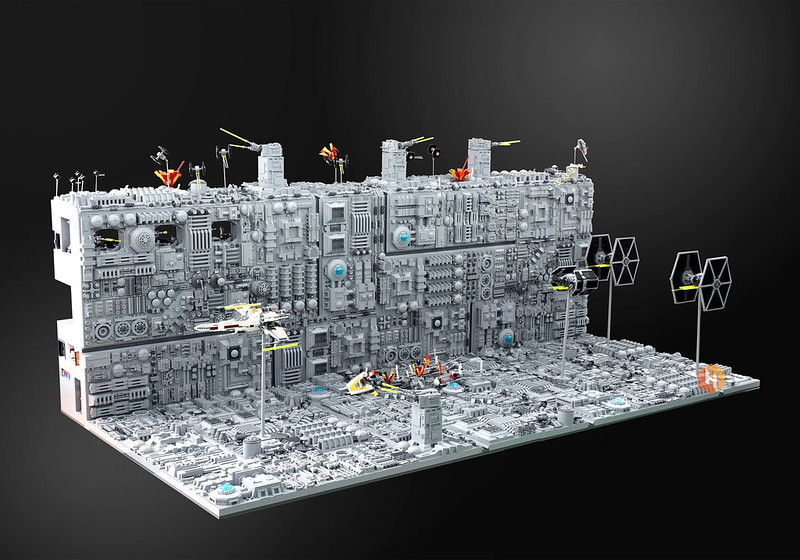 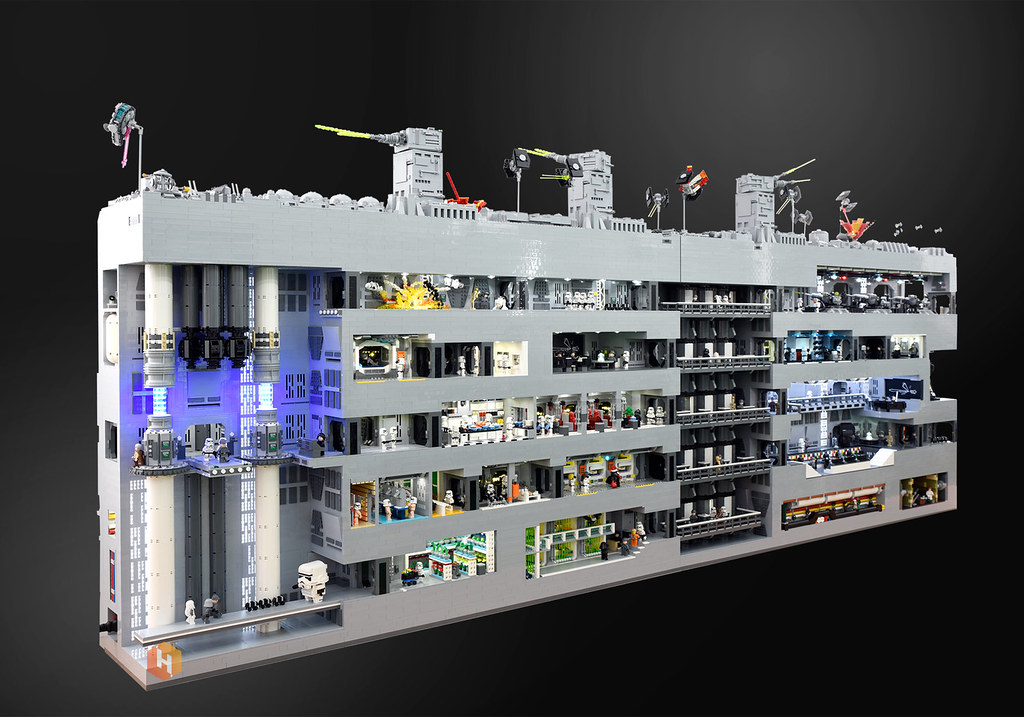 The model is fully lit, as this photo from the builders’ studio shows. 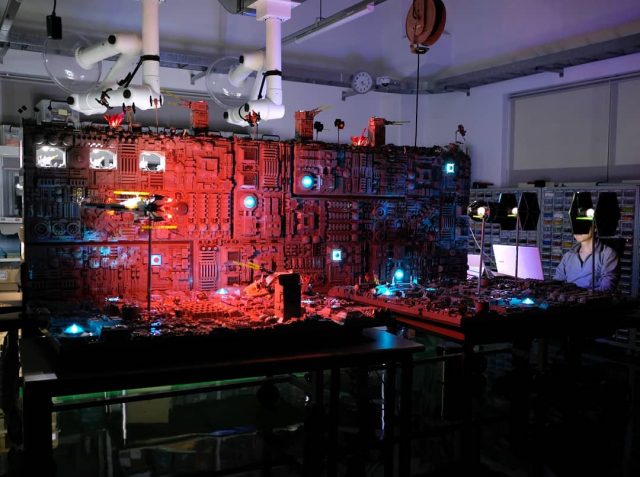 The back is lit as well, with impressive tractor beam controls that almost look close enough to fit into the movie. 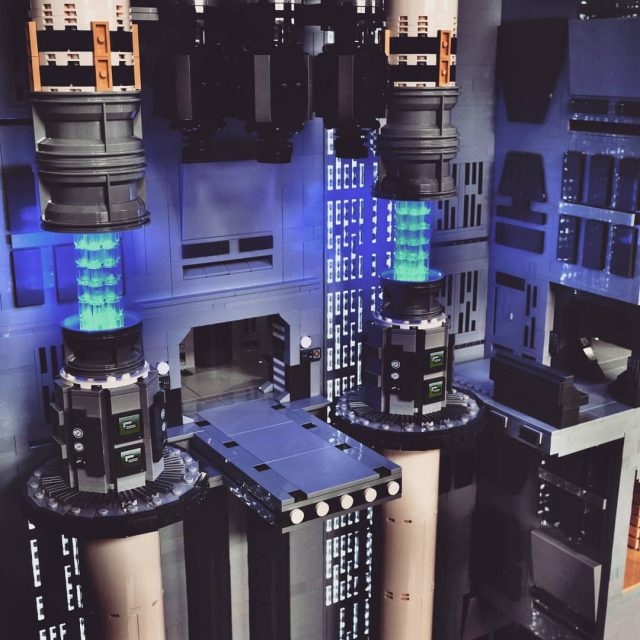 There are classrooms for Imperial cadets, though the teaching might be questionable. 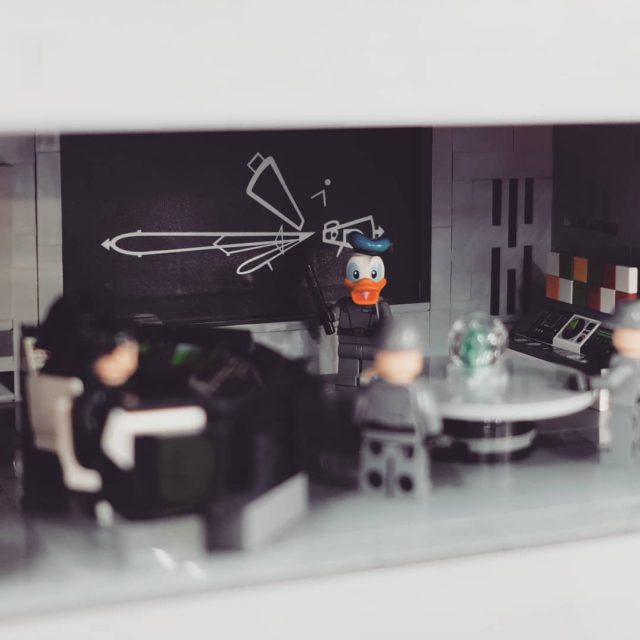 And speaking of questionable, there’s no telling what Stormtroopers get up to in the side corridors. 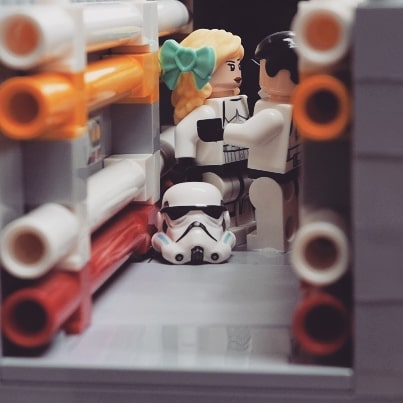 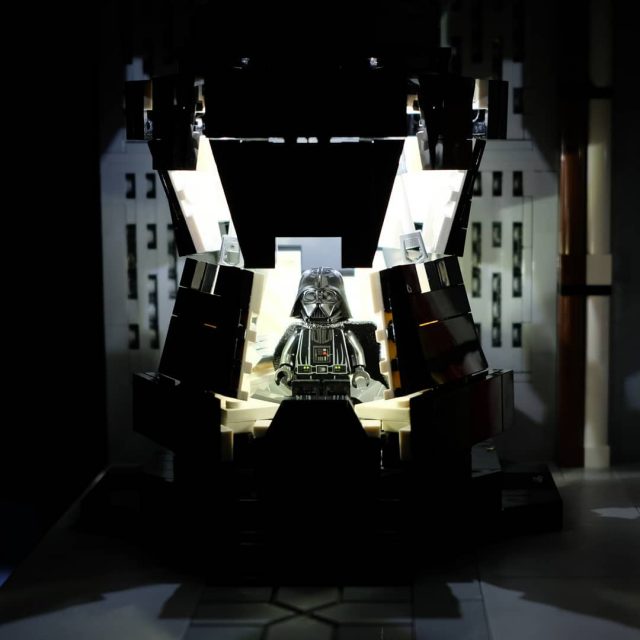 R2-D2 and C-3P0 are up to no good, as usual, having apparently raided the larder while Luke wasn’t looking. 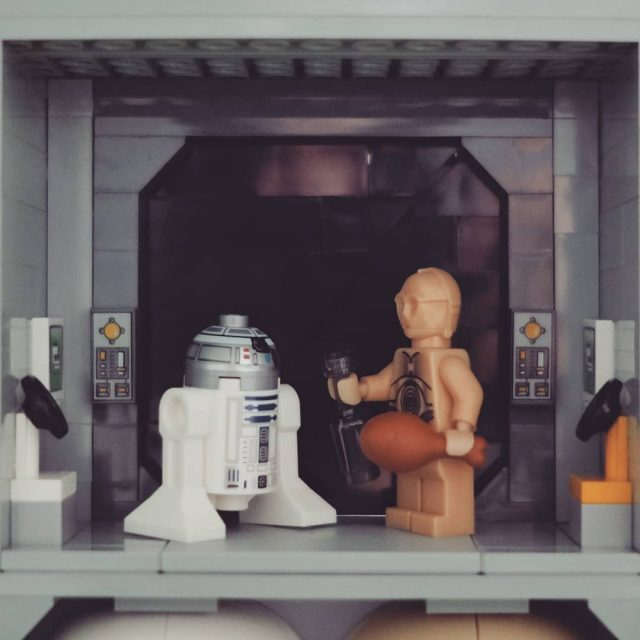 Looks like the Imperials have had a bit of success with tracking down Rebels, though, as they have a packed detention floor for prisoners needing even more security than Leia. 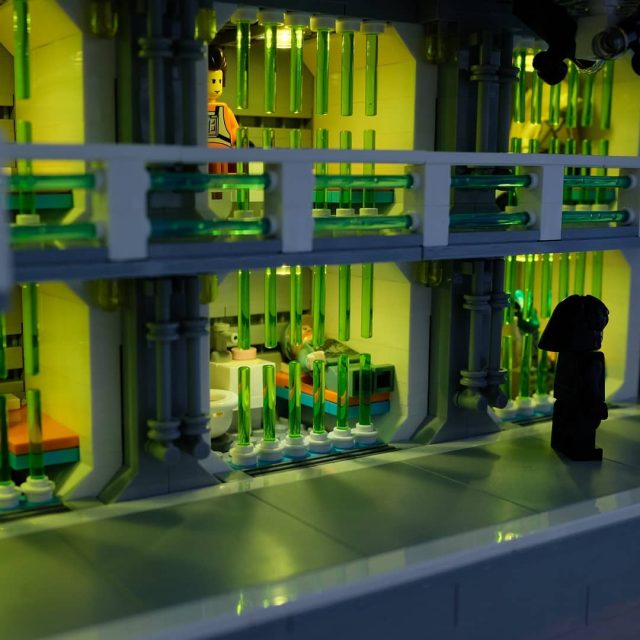 And if you weren’t convinced just how massive this model is yet, check out this image of the creators working on it. 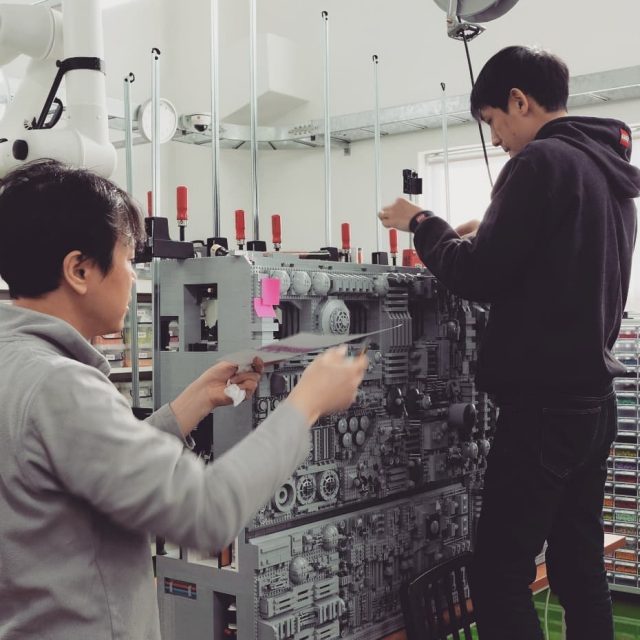