Welcome to Day 11 of our LEGO Advent Calendar countdown. Each day, we’ll reveal the three mini-builds from the LEGO Star Wars, LEGO Friends, and LEGO City 2018 advent calendars along with commentary from The Brothers Brick team. 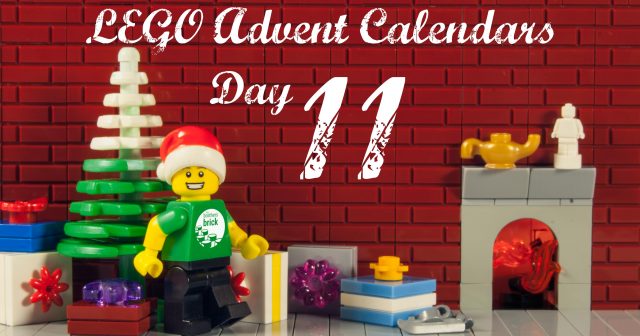 If you’re opening one (or more) of these advent calendars along with us, we’ve made sure the pictures and commentary on each day’s models will be behind a jump so we don’t accidentally ruin the surprise. Will we be in heaven for Day 11?

For Day 11, we have Rowan Freemaker from Star Wars, a lantern ornament from Friends, and a mini-speed train from City. 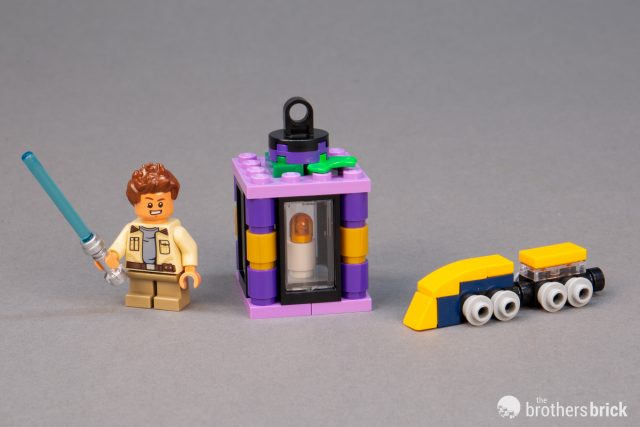 Nick: Wow! A bullet train instead of the traditional steam locomotive. LEGO is going all in on modernizing with the City Advent Calendar this year. I’m not complaining.

Andrew: Despite my total lack of interest in “The Freemaker Adventures” as a TV series or sub-theme of LEGO Star Wars sets, I have to admit that I do love the minifigs, since they all have great designs and bring some much-needed diversity to the skin tones of the LEGO universe. The LEGO City train is fantastic, but I’m unconvinced by the Friends lamp…

Daniel:  I love the modern toy trend in this year’s City calendar, and the bullet train is no exception. Totally agree that the skin tones for the Freemakers are a great addition to any minifigure collection.

Chris:  OK, that’s a pretty awesome little train. It may be a bullet train, but I prefer to think of it as a streamliner from the 1930s with a huge jet engine out the back.

Edwinder: I’ve surely been living under a rock as this is the first I’m hearing of the Freemaker Adventures. A kid wielding a lightsaber?! Oh yes!!! I’ve got to see this in action! “Mommmm!, someone stole my lunch at school today so I sliced his hands off!” For Friends, yet another missed opportunity to use a flame element. I’m just iffy for the train… I’m not too quite sure what to think of it.

Dave: Am I the only one here who has watched both seasons of the Freemaker Adventures!? ::facepalm:: It is so worth your time! The show is a delightful romp through the original trilogy and even with the childlike humor, each season pulls everything together for an incredibly satisfying and even moving ending. Also, it looks like that train is based on 60197 Passenger Train. I quite like this trend of including microscale models of current sets in the City Advent Calendar.