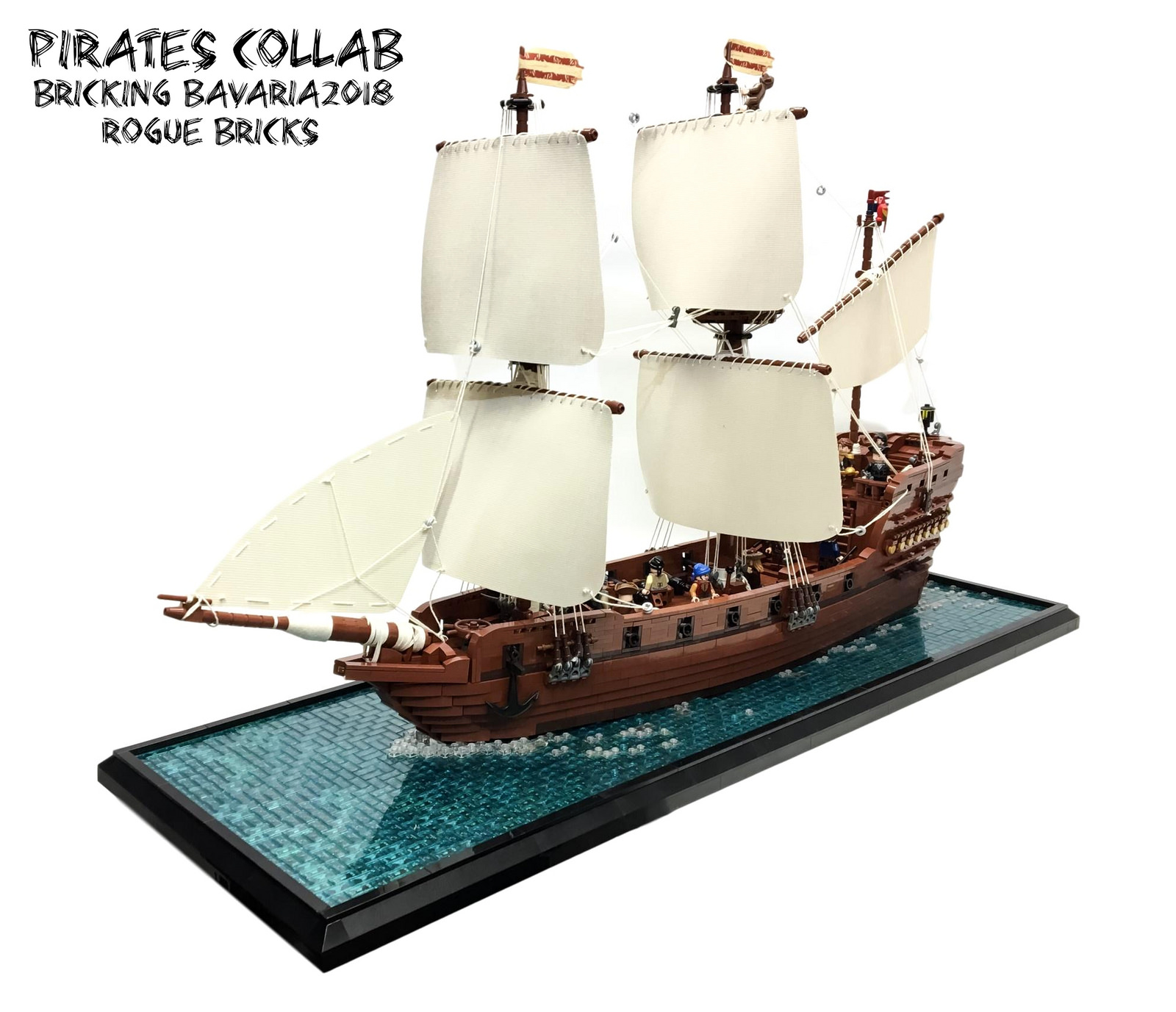 The view from the stern is equally impressive, showing how some of the angles were achieved with a slight tilt of the brings. 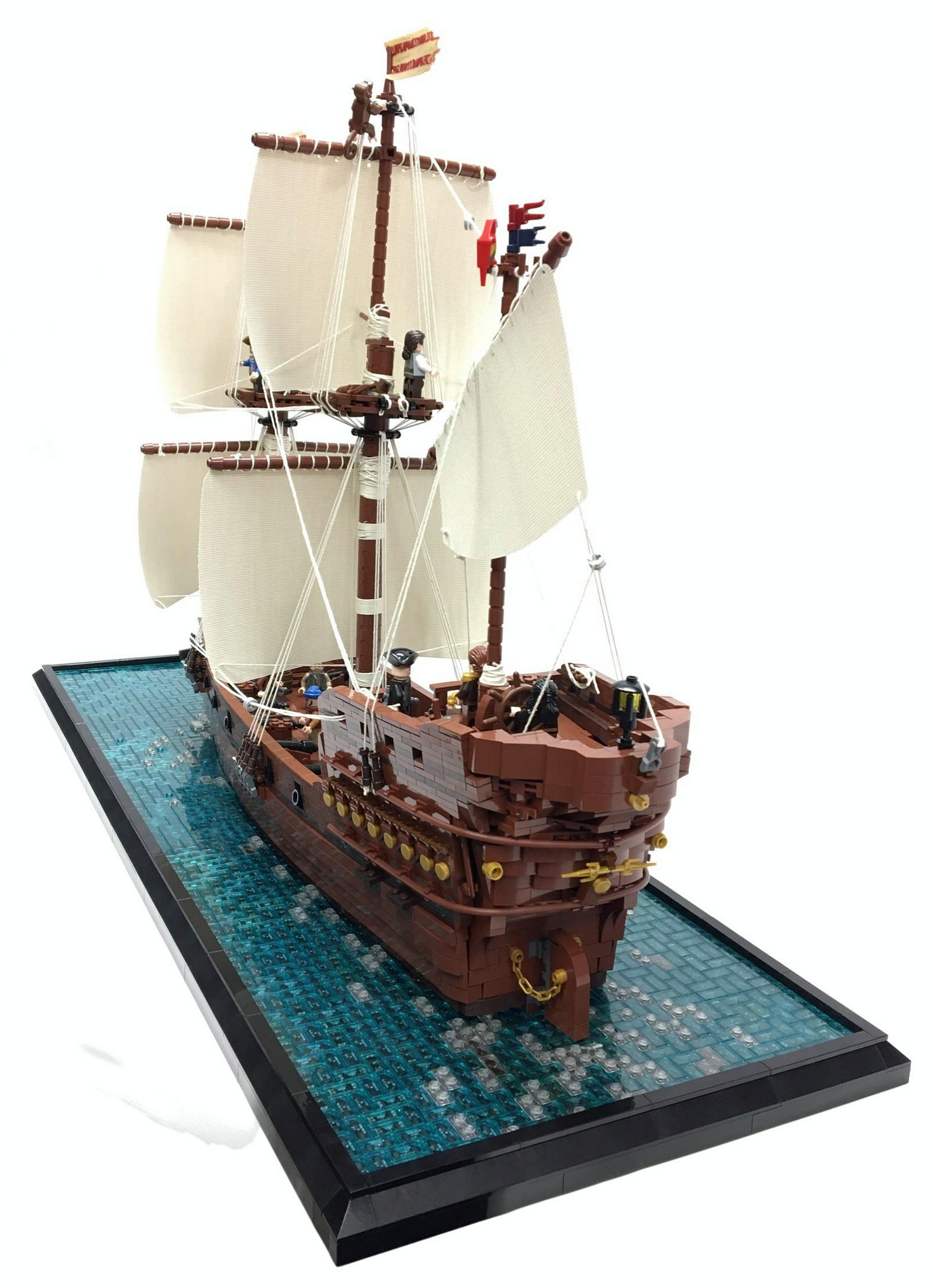 &nbps;
The deck is armed with custom-built cannons, commandeered by a crew of scurvy dogs. 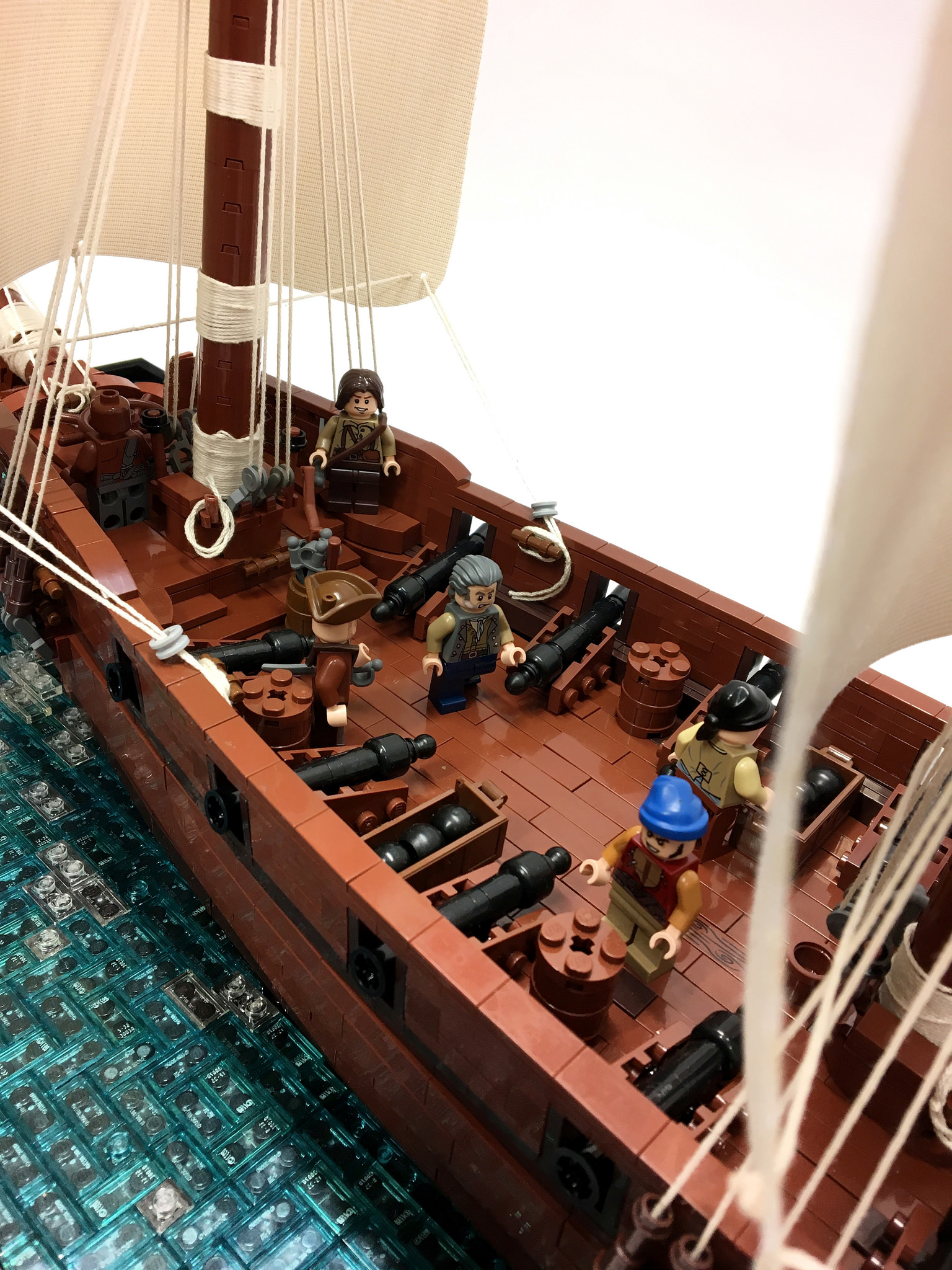 The best view on the ship is the quarterdeck, where the captain keeps a tight watch over his crew and the surrounding seascape. 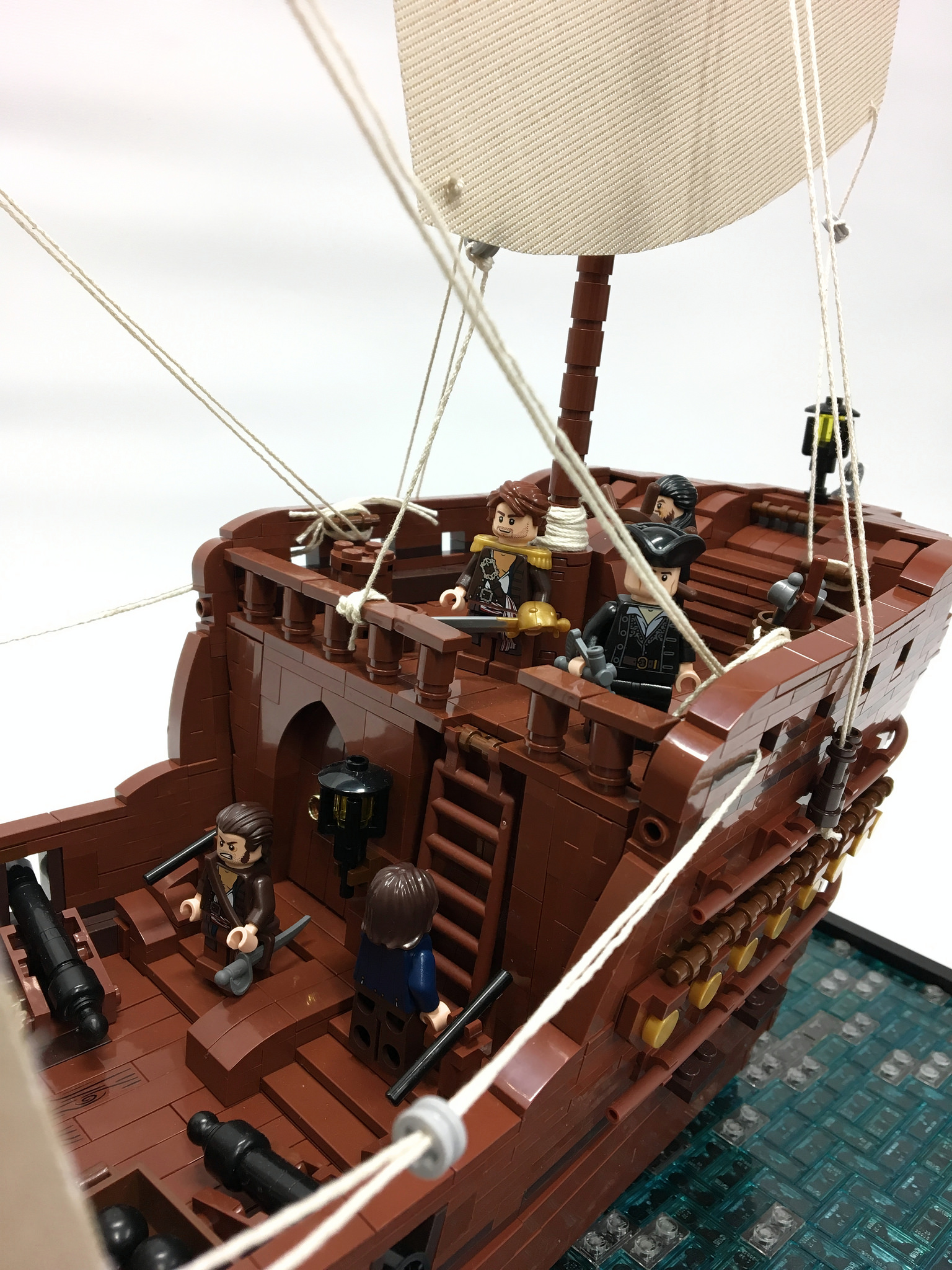 1 comment on ““Thought is the wind, knowledge the sail, and minifigurekind the vessel.””