Post-Apocalypse or “ApocaLEGO” is a LEGO building theme which can see more dull brown and grey creations than the most boilerplate of steampunk. Here’s a glorious exception to the rule by Rat Dude: an imaginative take on the genre which sees enterprising survivors build a moveable dwelling out of transport containers and a truck — like some mobile version of the stacks from Ready Player One. Revelling in its central idea, this model is gloriously detailed, festooned with every likely requirement of the wasteland warrior catered for — solar power, fresh water, air con, a vegetable garden, and even an outhouse for the effective disposal of waste! 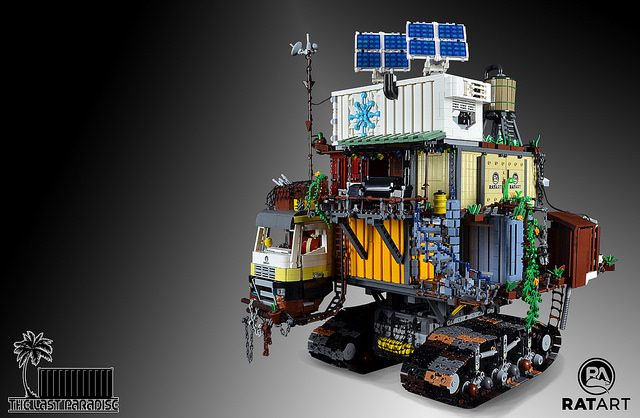 This thing is well worth a closer look, and the builder has provided some imagery of various angles. Great attention to detail on the model — just look at all the little touches that have been crammed into it. This layer upon layer of detail has created an engaging model within a building theme that usually leaves me cold. I can’t imagine a better ride in which to tour our dystopian future. 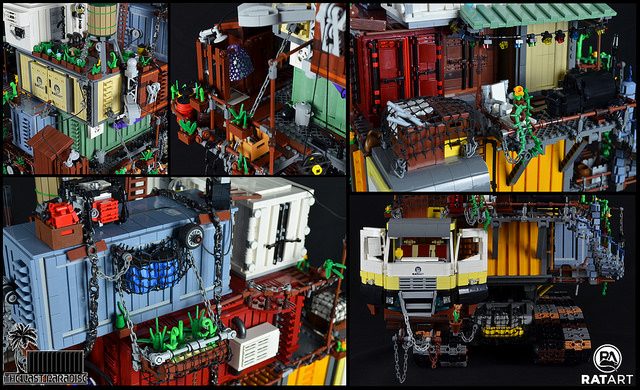