Adding to an impressive line-up of spacecraft for SHIPtember 2018 is Anders Horvath with his LEGO replica of a GR-75 Medium Transport from The Empire Strikes Back. Choosing to build a Star Wars spacecraft so iconic and recognizable is challenging, but Anders nailed it with excellent contrast between the cargo containers, central greebling, and relatively slick hull panels. Best yet, it’s even got an interior.

The layered elliptic paneling of the hull is built beautifully. The original seen on screen is segmented unevenly, and this is reflected well in the LEGO rendition. The layering of tiles create the divisions between panels and suggests curvature down the length.

The Medium Transport’s impressive details extend into its microscale interior revealed by removing the top panels. 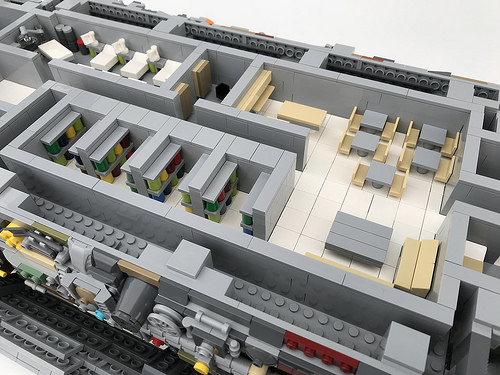 Of all the interior rooms, the microscale bridge is my favorite. 1×1 corner panel pieces as chairs define the scale well here. 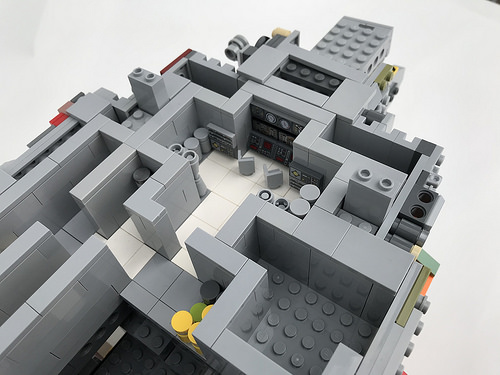 Finally, in the ship’s rear is the thruster array, integrated well with the rest of the hull’s shape. 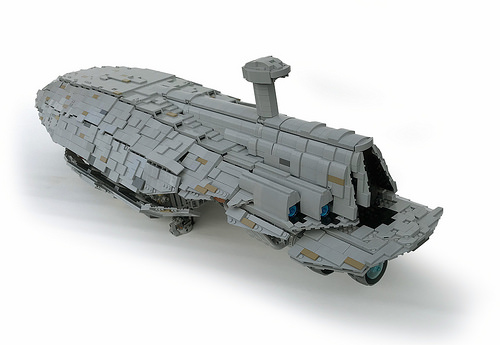 More photos of Anders’s GR-75 can be found on his Flickr album. Like most SHIPtember participants, Anders documented the build process with photos, which you can explore here.