Erstwhile LEGO gearhead guru Lino Martins is mixing it up, bringing us a big vignette of a haunting brackish backwater with a dark secret. This collection of treehouses forms a small bayou village, whose residents are sworn to placate a fearsome beast with blood sacrifices, often in the form of giant alligators lowered into the creature’s tentacled arms by means of a rickety contraption. The smooth dark green bricks make excellent ponds of stale water, with a smooth finish of algae broken only by a few small ripples as the monster’s arms raise. 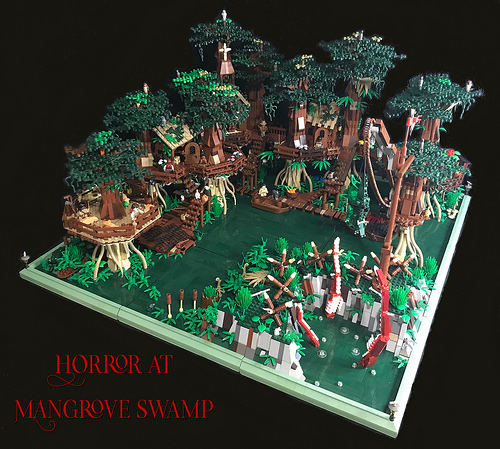 What with the swamp being infested by an otherworldly horror, it’s best not to disturb that calm water, or indeed get anywhere near more than is absolutely necessary. That, plus the lack of land in the middle of swamp, means the townsfolk of Mangrove Swamp have all the necessities built on raised platforms, from farming to swine raising. 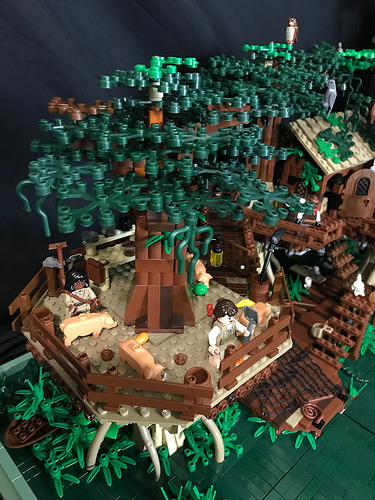 Lino isn’t just a builder, however. He’s also an artist in a more traditional medium, and he’s whipped up a fantastic cover to the fictional book set in Mangrove Swamp, depicting the story as a mid-century thriller. 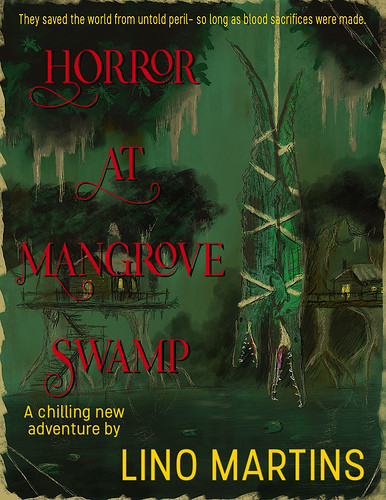