Back in the early days of motor transportation, the internal combustion engine was far from the only option. For one, electric cars were roaming city streets a century before Tesla made it “cool.” There were also plenty of steam-powered options from the likes of Stanley, White, and the aptly named Locomobile. Inspired by this era, Krzysztof Pusz built a pair of princely-looking LEGO steam cars. My personal favorite is this dark green coal-hauling machine. Clear 1×2 plates look surprisingly nice as smoke, and the wood-grain tiles are used to great effect in forming the truck’s tilted bed. Another nice touch is the absence of a steering wheel in favor of a tiller mechanism. A lot of early cars featured tillers, which were levers used for steering. 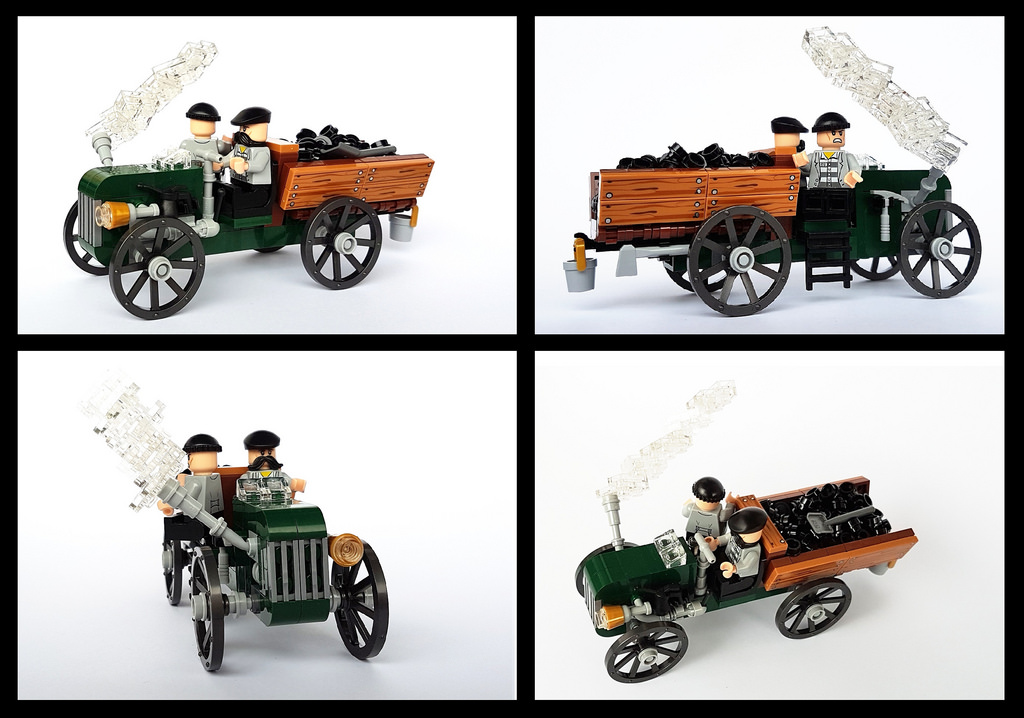 A second variation on the steam theme is Krzysztof’s appropriately named U.BER. If you were having an Edwardian night on the town and had a bit too much to drink, you’d better call an U.BER! The use of a bladed claw minifigure element for hood louvers is particularly noteworthy and makes for a “steamtastic” job well done. 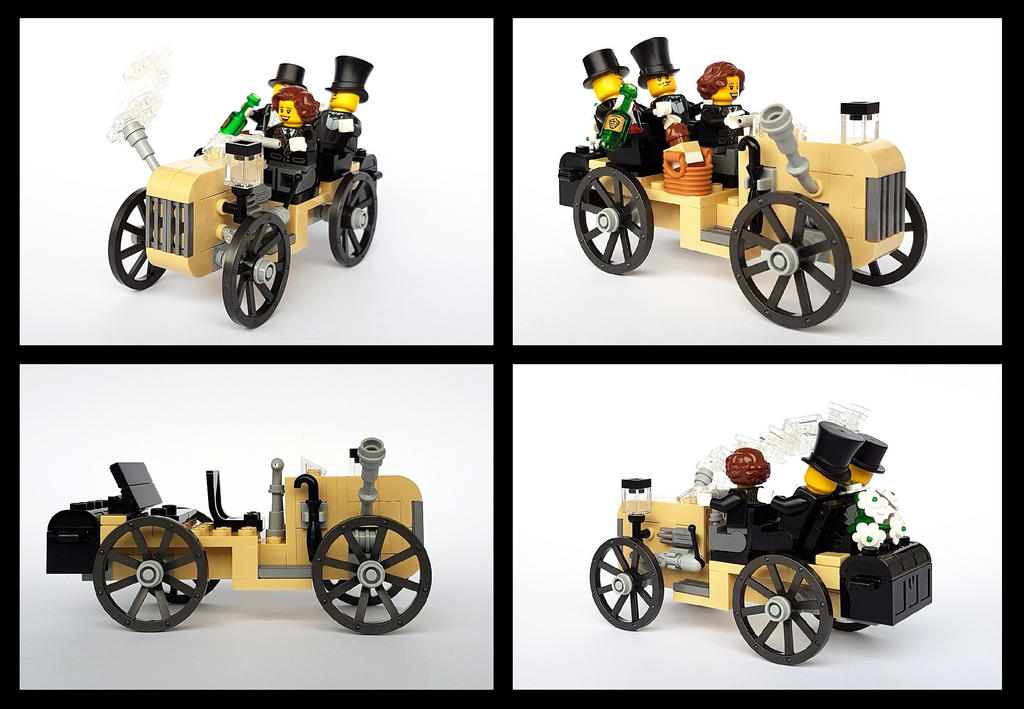