If you thought the famous train from Harry Potter, the Hogwarts Express, couldn’t be built any smaller than the delightful model by David Zambito that we featured a few weeks ago, you’d be wrong. As proven by this even smaller model by Letranger Absurde, the build uses skeleton arms and a curvy horn as the smoke, and roller skates for wheels. One of the best parts usage, though, would have to be the white and dark gray rocky sloped parts used to form snow-covered peaks. Now I have to wonder if we’ll see an even smaller version any time soon. 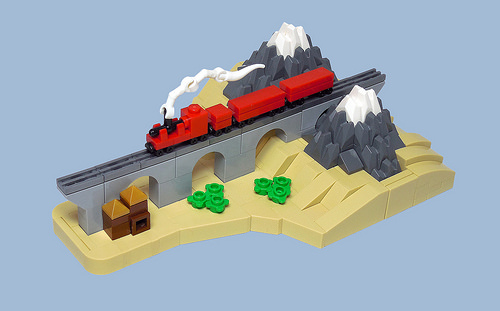