It’s that time of year again for SHIPtember — one month to build a spacecraft over one hundred LEGO studs in length (approximately 31.5 inches). I haven’t participated successfully since 2014, when I built UNSC Savannah from Halo: Reach. 2018’s build worked out much better, so I present my LEGO model of Exodus Black, a colony ship from Destiny 2. 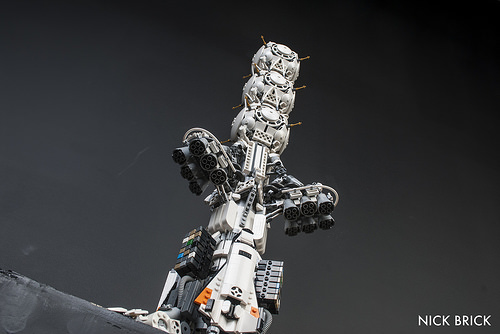 The Exodus Black is the colony ship that crash-landed on the planet Nessus and is home to the sassy, malfunctioning AI “Failsafe” (who is my favorite character in Destiny 2). While gaming with friends on Nessus, a lot of time is spent near the wreckage of the craft, allowing plenty of study of the tiniest details. Additional resources to construct this model came from concept art and from replaying the first Destiny game in Old Russia’s Cosmodrome. 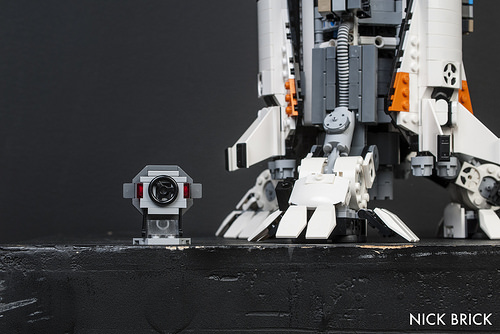 My LEGO Exodus Black was built top to bottom. From the beginning, I knew I wanted the ship to be free-standing. I figured building the ship first would establish its weight, then from there I would build landing gear that could support this weight. 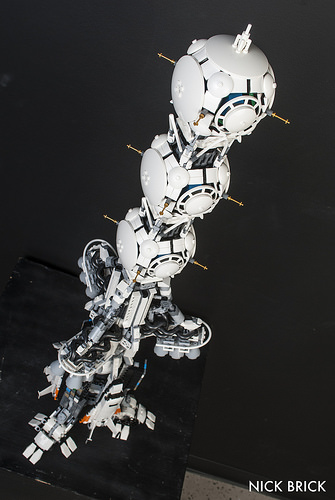 The most fun part of this build was by far the thruster array. I’m picky about exact angles in my builds, so this array had to be set up on an equilateral triangle frame. It sits loose without any stud connections and holds all sets of thrusters at 120 degrees from each other. 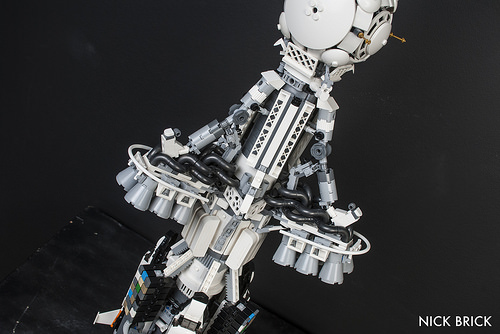 Also in an array of threes are the landing gear and shuttles in the lowest section. A hexagonal Technic frame supports this section, and I rejected three iterations of Technic landing gear until I found one that supported this four-pound craft. It’s a bit unusual, a spacecraft with shuttles and cargo below thruster arrays, but this may be a case of form over function. We’re criticizing realism in a game with space magic and laser beam rifles, after all. 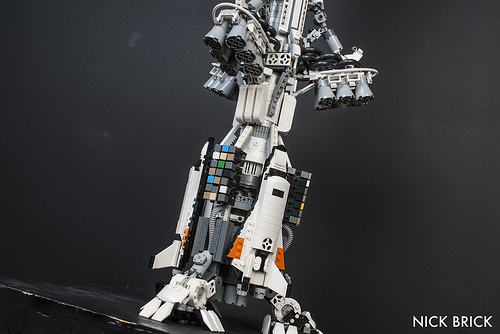 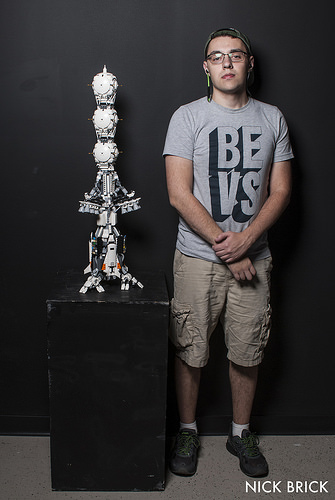 I show a few close-ups, detail a bit more of the build process, and simulate a launch (or, as the cool kids say, “swoosh” it) in this video.

See more photos of Exodus Black in its Flickr album, which includes all work-in-progress photos. Also, be sure to check out our previously featured SHIPtember builds here on The Brothers Brick.