Château Nottebohm is an abandoned mansion in Belgium, and while it may not be the only one of its kind, there has to be something special about it to inspire Marion to build it in LEGO not once, but twice! Abandoned buildings are an acquired taste, but even if we would not all agree they are beautiful, decades of disuse have granted the mansion an aura of mystery and the impression of nature reclaiming what man has taken. 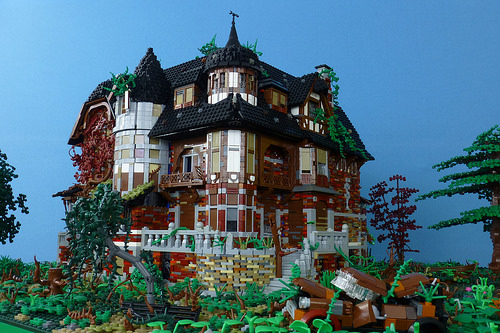 While the aesthetic appeal of the real-world counterpart can be polarizing, Marion’s LEGO version is quite realistic and undoubtedly beautiful. The architecture itself is outstanding, from arches to stairways and a very dynamic roof and facade. The holes in the roof and broken windows are an important characteristic of abandoned buildings, as is the plant life growing from the roof, the chimneys, windows and basically everywhere else it can get a foothold. In this overgrowth, the builder uses many brown and green elements in unique ways to achieve natural textures. 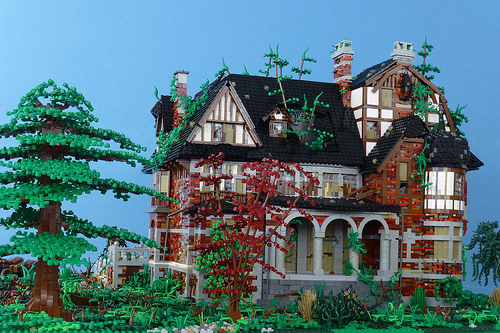 As for the textures on the walls, they are a whole story of their own. At first it appears as though it is just a texture of colours, but a closer inspection first reveals some round elements used to provide a bit of cracking effect, and then some tiles and other small bits sticking out. 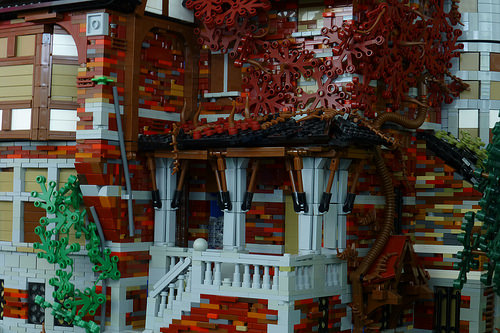 Special attention should be paid to some of the details of the build. First of these is the broken-down car that can be seen in the main picture as well as on its own in this photo below. It has a nice retro shape, as well as a very good flow of colours representing rust. On its solo image the car has just enough plants laying around it to remind us where it came from. 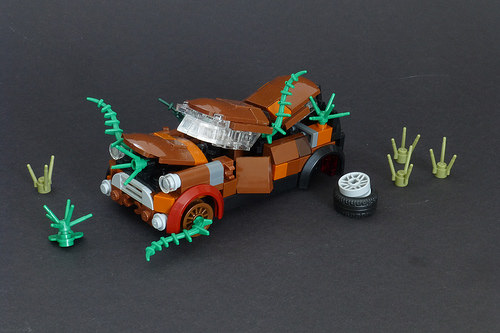 And some of the best parts usage is in the dying trees growing around the abandoned house, hidden in most pictures. Luckily the builder provides a special photo just of them. 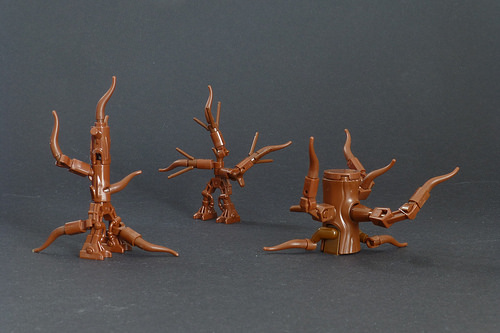