At first glance, this ruined city may look a little like a classic post-apocalyptic zombie scenario (like the stunning scene from The Last of Us) but this build by Ralf Langer actually represents an apocalypse of a more realistic and consequentially more threatening type: a devastating earthquake. Admittedly though, the two are visually very similar, zombies and sci-fi gear aside.

The diorama is huge, but Ralf does not merely rely on size to impress. Instead, he makes textures and details so fine that they would make a tiny vignette worth drooling over, let alone a diorama with a surface that could fit a hundred such vignettes. The different angles at which many surfaces of the diorama are set give a very dynamic and organic feeling, and the builder has done it so well, it almost looks like it’s not LEGO. The colours used are perfect too, with various earth tones and realistic colours on the buildings.

The scenes have some minifigs added for the close-ups that are not a part of the main picture, but they nevertheless add a light-hearted tone to an otherwise dark build. I like this one with a car getting damaged in front of its owner’s eyes, as there is a lot of action captured, as well as some of my favourite details of the diorama, like the olive and gray building, up close. 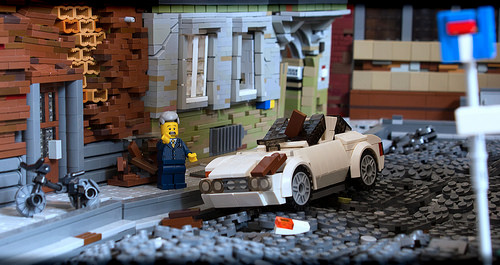 Ralf has also made some scenes of workers that are starting to repair the damage. 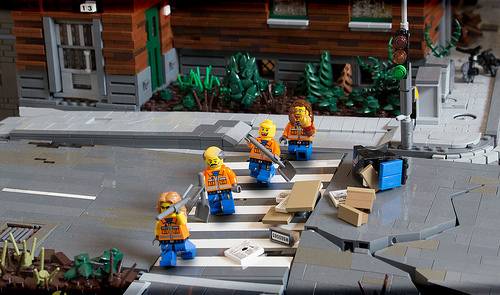 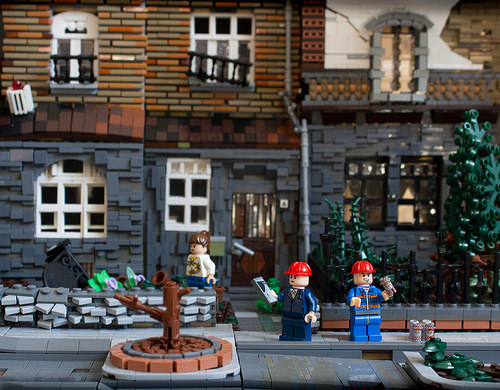 And for anyone interested in reproducing some textures appearing throughout the build, the builder provides a picture of their breakdowns. They’re very advanced, but will certainly come in handy for anyone looking to expand their boundaries. Plus it’s always awesome to get a peek behind the curtain of how amazing creations like this are made. 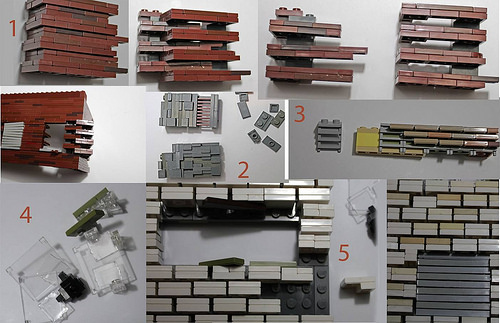 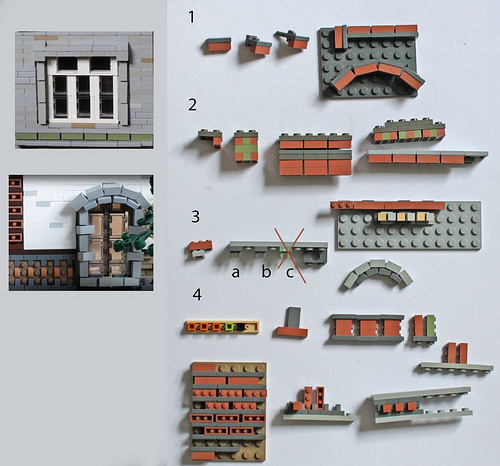