The tickets are nearly sold out to this amazing attraction, and all the minifigs want to go. Disney on Ice has come to LEGO City! This incredible diorama by Brick Knight not only contains the show itself, but also the venue and even the surrounding city blocks, all packed with such an astonishing level of detail and realism that I almost dread looking for parking already. 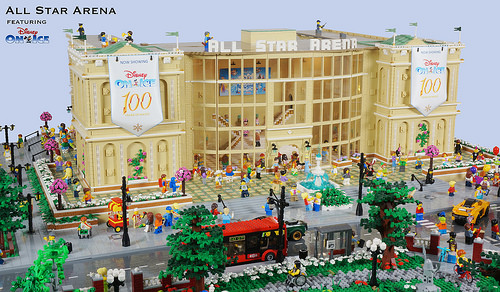 Here’s the full scene, featuring houses, a church, and a lovely park with a pond and gazebo. There’s even a full-size playground, something that is almost never present in LEGO Cities. 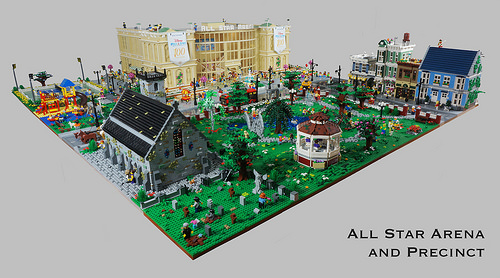 The All Star Arena has an interior too, of course, and it’s packed with minifigures turned out to watch their beloved childhood heroes retell their stories while skating. Each scene features several small set pieces in addition to the characters. First up is Beauty and the Beast. 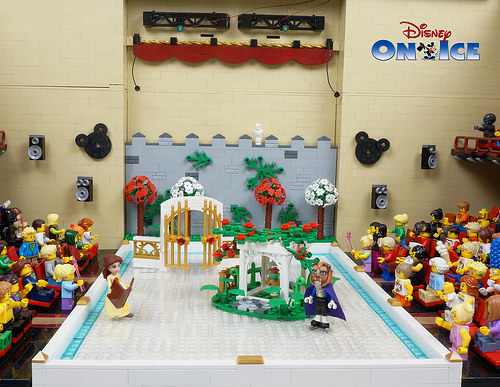 Nothing fits better with Disney on Ice than Frozen, and the miniature ice palace looks great. Note how the backdrop behind the sets changes, too. 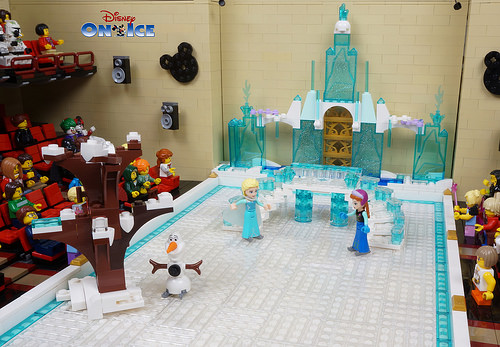 One of Disney’s most popular franchises with the young crowd, Cars gets its time on ice too. I hope they have winter tires. 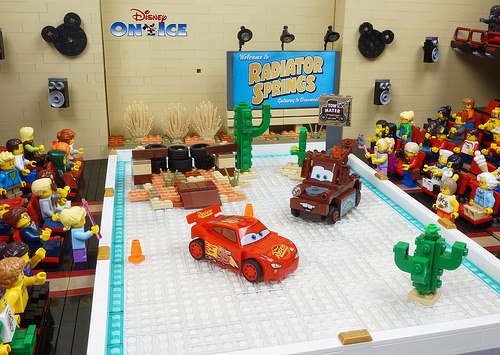 Finally, the show rounds it out with Toy Story, the movie that kicked Pixar into the spotlight over 20 years ago. 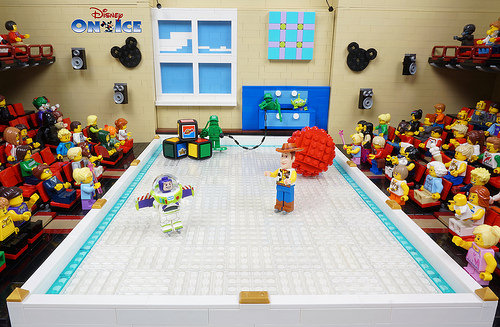