Roller coasters are the craze of the season. While we are holding breath until the release of the new rumoured giant roller coaster Creator exclusive set, pictures of the one of the highlights of the Summer wave of Creator sets are already here. The new 31084 Pirate Rollercoaster is a very nice-looking addition to the Creator Fair sub-theme and it seems to have just the right vibes to be well-received by Pirate fans. 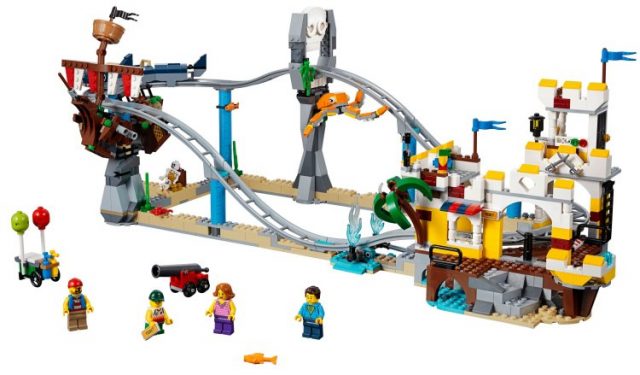 Since the introduction of the new rollercoaster system in 70922 Joker Manor set last year, a proper rollercoaster set was highly anticipated by most of LEGO fans. And finally we’re getting one! The model measures 26 in/67 cm long and 13 in/33 cm wide. 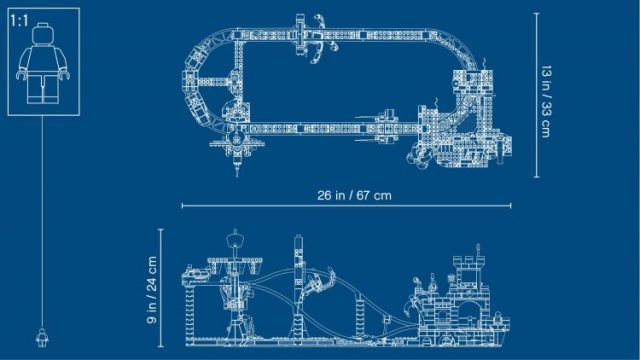 31084 Pirate Rollercoaster is another addition to the Creator Fairground rides sub-theme. Unlike other sets that were of pretty generic designed, the Rollercoaster is designed to be a Pirate ride: with a skull, parts of the old pirate ship and, of course, a brilliant model of the classic imperial fortress — just like it was taken from the all-time classic 6276 Eldorado Fortress set from 1989!

Being a Creator 3-in-1 set, the Rollercoaster can be re-built into 2 more attractions, and each of them involves the new tracks. 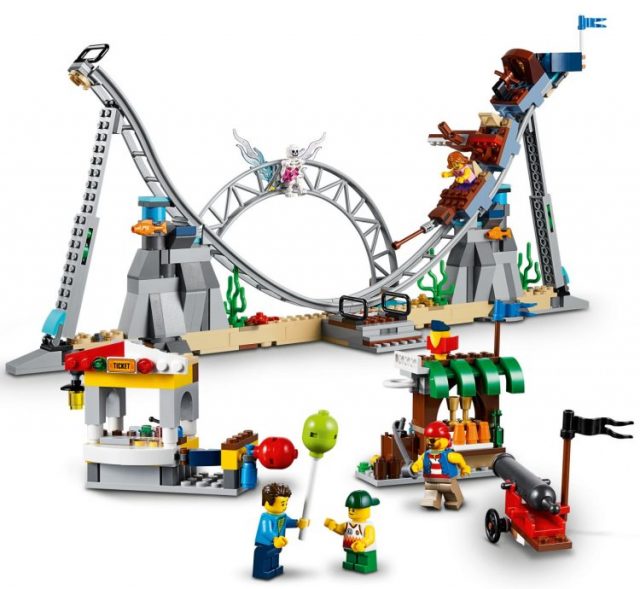 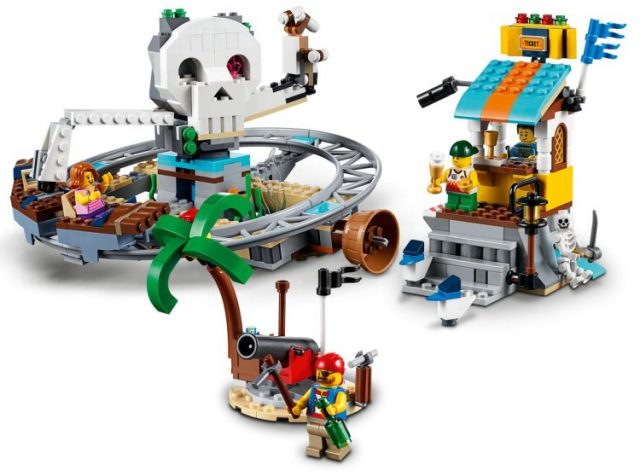 As usual, piece count, prices and availability are yet to be announced.