Pulling inspiration from actual buildings in New Westminster BC, Canada, David Guedes and Allan Corbeil have pieced together a charming LEGO cityscape full of liveliness and cheer. The buildings and layout feel authentic and the scene captures a general sense of nostalgia. 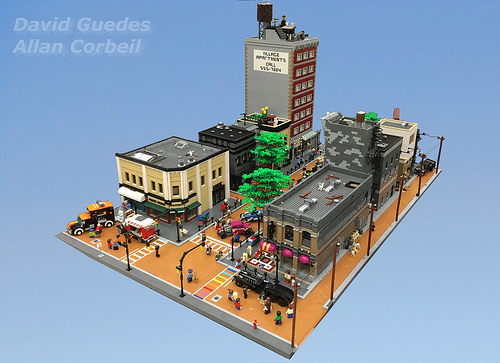 Choosing to build nougat-colored streets (lovingly referred to as “cobblesnot road” by the builders) instead of the traditional black ones really brightens up this neighborhood. Even though the buildings are constructed with standard, real-world colors, there are several pops of color (especially among the auto show cars lining the street) that make this miniature city block vibrant. I especially love the rainbow-colored crosswalk. 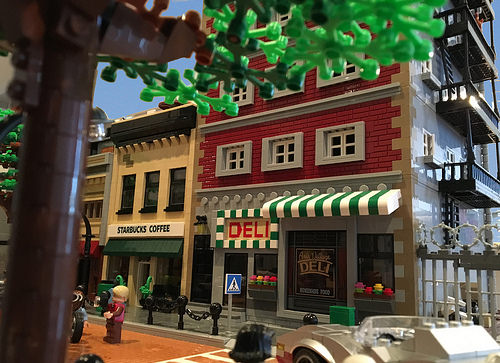 At street level, there is a lot to appreciate. Details like brick-built signs for the deli and bookstore, an old-fashion advertisement mural on the side of the highrise, graffiti, a food truck, fire escapes, a Starbucks Coffee, newspaper stands, a thriving rooftop garden, electricity meters… the list goes on and on. To see all of the details for yourself, be sure to check out the builders’ Flickr. 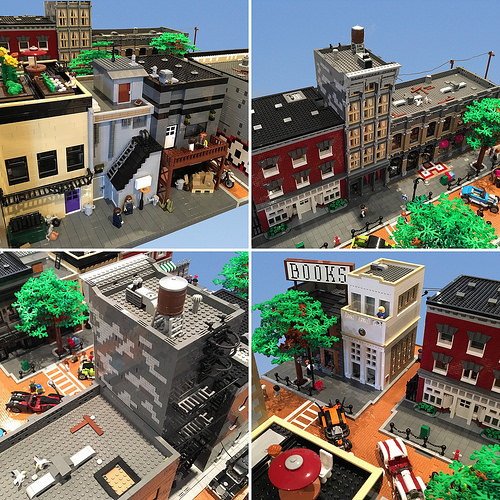