With the recently concluded LEGO speeder bike contest, there have been hundreds of speeder bikes submitted, and I too have decided to join in at the last minute with a police chase diorama. The build started with the police speeder and its huge windscreen, which gave me the idea of a wall-smashing speeder in a future where buildings are so cheap to rebuild, a police officer may consider just breaking through a few walls to catch a criminal. 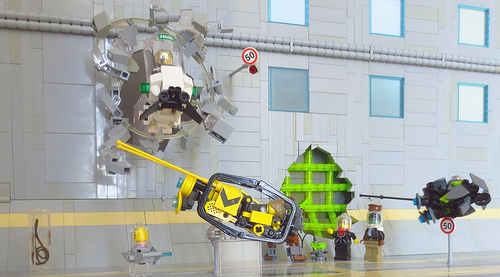 I have put a large majority of the effort on the speeder bikes themselves, with the somewhat simple diorama acting as a catalyst to join them together in a cohesive scene. The walls are literally broken up by the hole that the police speeder has punched in them, as well as a hole being repaired by a 3D-printing robot. 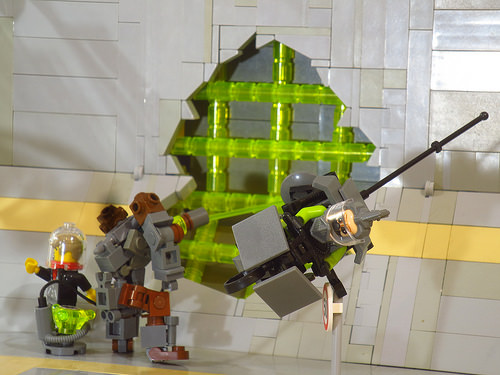 Since this diorama was built for a contest and it was limited by a deadline, I put emphasis on the speeder bikes themselves, but the concept of a crushed wall and a wall being printed are something I really want to revisit. While I do have a technique for both in mind, there are a lot of other things I want to build before I return to Distrikt 18.