Broken windows, damaged buildings, garbage on the street and infrastructure destroyed are some of the tell-tale signs of a post-apocolyptic world. There’s ample of opportunity to see some post-apocolyptic decay in this fantastic diorama by W. Navarre that centres around a couple of office buildings in what used to be part of a city and descends into an underground world of “every man for himself.” The Chima game card works surprisingly well as an advertising sign, and the collapsed sign with the Nike logo has seen better days. I particularly like the subterranean part of the build; it’s like an underground car park that has been repurposed, and there’s plenty of pipes, wires and drains to catch your eye. 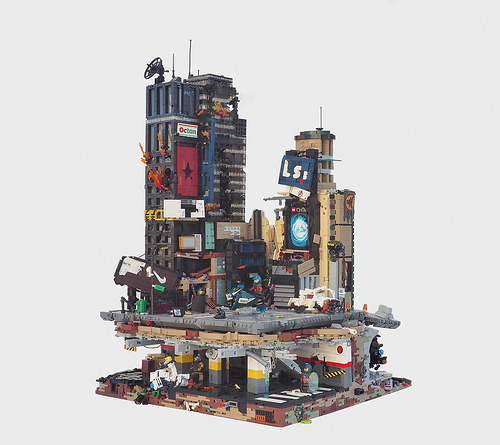 There’s a lot to admire in this closer view of the rear portion teased in the image above.

A cloaked figure moves quickly towards the stairs — perhaps he is running from the scene of a crime, as some gold coins have fallen onto the ground behind him. 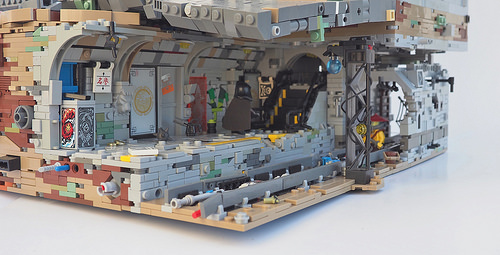 W. Navarre has actually posted two version of his completed build.  There’s the unedited version above and then a second version that has undergone some dramatic post-production enhancement by Rob.  Which do you think shows off this model best? 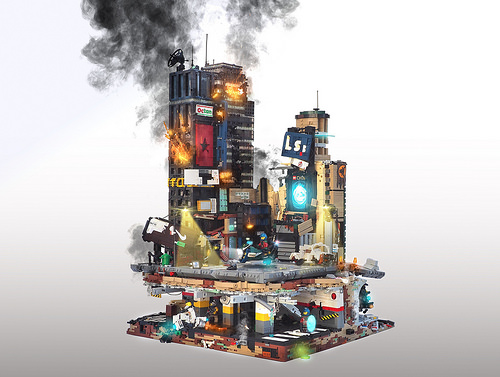