The Star Wars saga is all about two things – machines and locations. Of course, some may say it’s also about the Force, family relationship and friendship, but none of this would work without iconic spacecrafts and mesmerizing sceneries. Chris McVeigh reveals a very special collection of three vignettes featuring our favourite pieces of machinery. But what is absolutely cool about these builds is that each of them has a motion feature, which brings an AT-ST, the Millenium Falcon and an AT-AT to life with a simple turn of the crank. 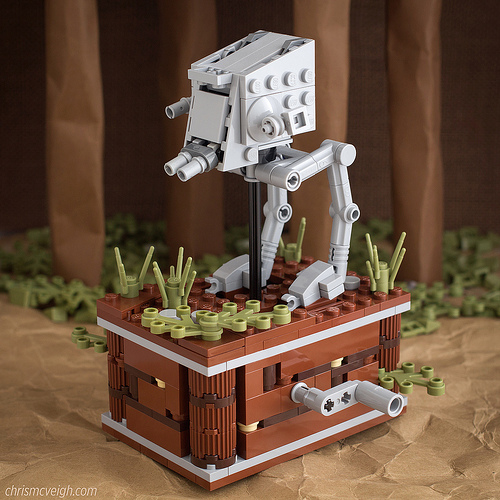 AT-STs are well-known for their appearance on the planet of Endor, but didn’t prove themselves to be effective in battle against ewoks. However, Chris give one of them a second life by hiding a simple mechanism inside the base. The very same mechanism was used for an adorable AT-AT marching on ice planet of Hoth. 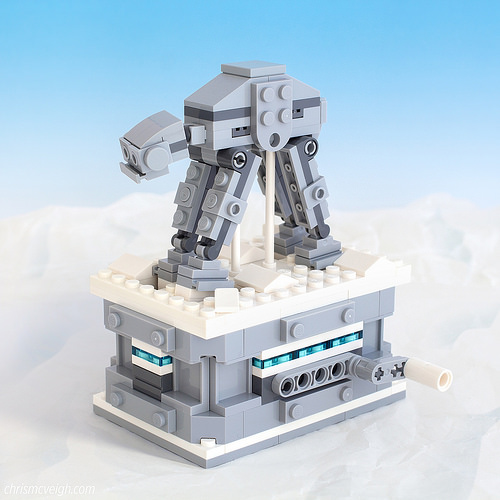 Finally, another simple mechanism makes this small yet very pretty copy of Millennium Falcon swing side to side when you twist the gear at the back — just like Rey’s first fly on Jakku! 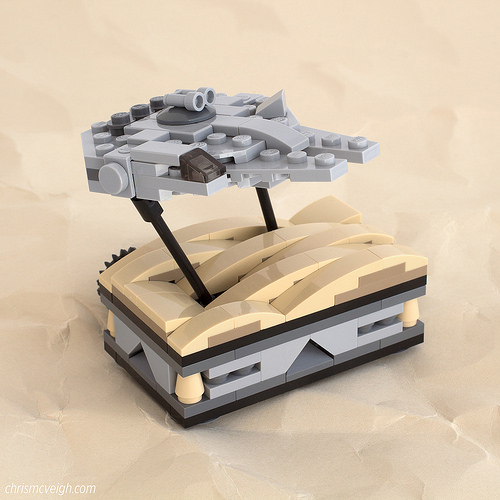 3 comments on “Explore Endor, Jakku and Hoth driving one these brilliant motion sculptures”