In many movies depicting robots, artificial intelligence (A.I.) and the challenge of determining whether an A.I. is sentient often develops as part of the plot. Movies and shows like Westworld, Star Wars, and Short Circuit all feature robots that appear to share more human emotions like empathy, curiosity, hurt, anger. This LEGO mecha built by Nick Dryvvall captures the impression of robot sentience in my mind. The crouched pose, inquisitively reaching out to touch something newly discovered is reminiscent of a child crouching with the same intent. I find it most endearing and I can almost hear a few delighted little beeps emanating from the captivated robot. 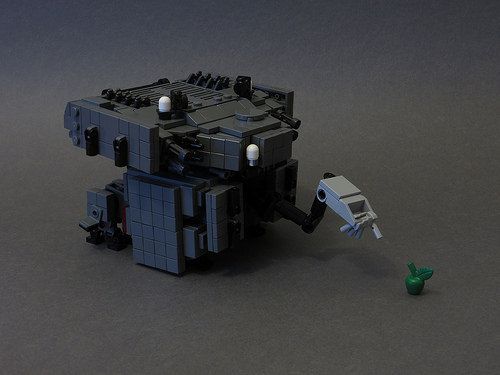 The same mecha looks altogether different in a more agressive pose with its inquisitive arm stowed and weapons at the ready. 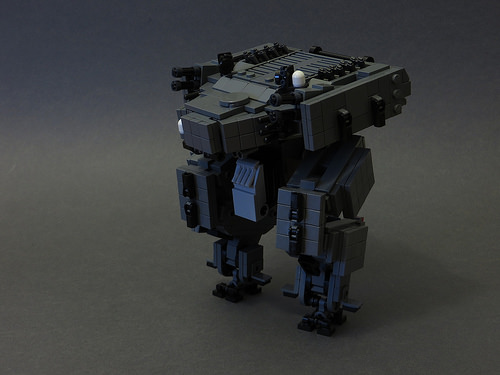