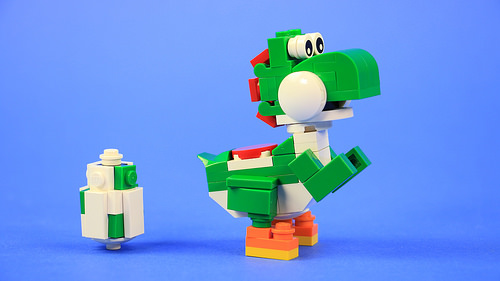 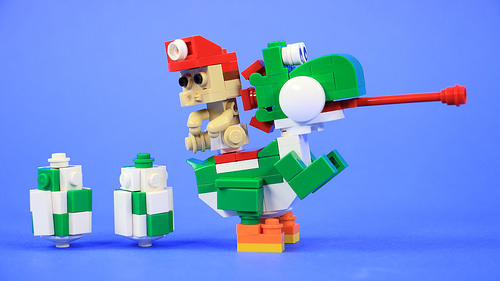 Dave Pickett has kindly provided video instructions for Kevin’s models,  so go and build your own Yoshi and throw some Yoshi Eggs.