Welcome to Day 18 of our LEGO Advent Calendar countdown. Each day, we’ll reveal the three mini-builds from the LEGO City, LEGO Star Wars, and LEGO Friends 2017 advent calendars along with commentary from our team. 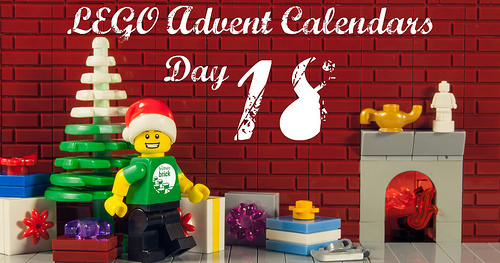 If you’re opening one (or more) of these advent calendars along with us, we’ve made sure the pictures and commentary on each day’s models will be behind a jump and posted in the evening every day, so we don’t accidentally ruin the surprise. Will Day 18 be the best day yet?

For Day 18, we have a Coast Guard minifigure from City, a mini Y-wing from Star Wars, and an accessories post from Friends. 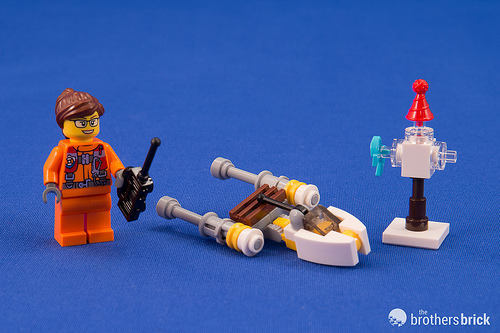 Chris: The City minifigure has a remote control, presumably for all the microscale vehicles we got in previous days. The Star Wars Y-wing model is pretty great, with a clever use of a click hinge in the middle to attach the cockpit. And then there’s a Friends accessory stand. Getting more clear inkwell elements is nice, but the stand is just so minimalist.

Elspeth: The City minifig looks like she is ready for action with her radio, and the Y-wing design is very effective. I actually thought that for Friends, the hat post was a hybrid ice/snowman!

Alexander: The Coast Guard minifig and the Y-wing are both great! But the Friends stand is really weird. Why not to use a regular LEGO treasure chest for all the tiny accessories?

Dave: The one saving grace of Friends is that the red hats are new colors for that part. Getting a few more is ok in my mind, though it doesn’t make up for how confusing that post is. I’m glad the mini Y-wing has an updated design instead of repeating the same one again that they have two times now in Star Wards advent calendars.

Daniel: I love the Y-wing, it is great! The only thing that Friends build has going for it are the transparent inkwells. 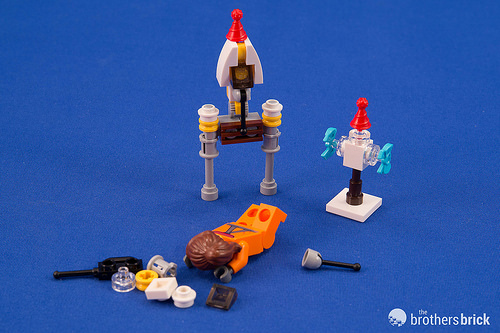 Chris: Ooooh, the Friends stand is actually Tom Servo in disguise! I guess that means the Y-wing is probably Crow. I’m going to guess the City minfigure was a horrible movie director.

Dave: She just couldn’t take it anymore, “building” the Friends advent calendar tore her soul apart and she collapsed on the floor in utter grief and sorrow.

Elspeth: So the ice-snowman turned nasty when the City chick laughed at his chat up line. Y-wingman just watched.