Welcome to Day 17 of our LEGO Advent Calendar countdown. Each day, we’ll reveal the three mini-builds from the LEGO City, LEGO Star Wars, and LEGO Friends 2017 advent calendars along with commentary from our team. 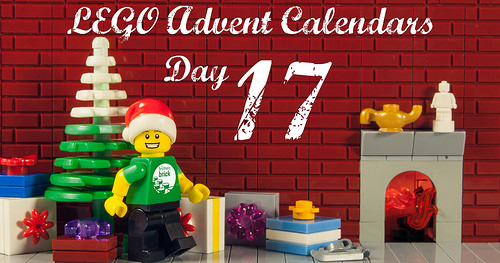 If you’re opening one (or more) of these advent calendars along with us, we’ve made sure the pictures and commentary on each day’s models will be behind a jump and posted in the evening every day, so we don’t accidentally ruin the surprise. What does Day 17 have in store?

For Day 17, we have a mini helicopter from City, an Imperial Officer minifigure from Star Wars, and a platform with a ramp from Friends. 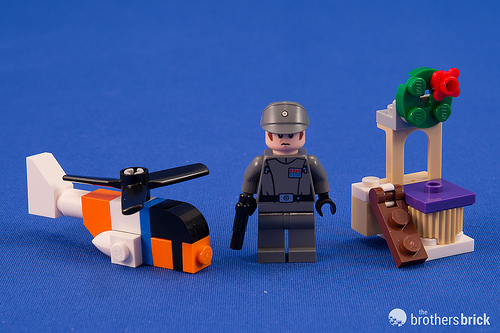 Chris: I think that’s a Coast Guard Sea King, making this the second recognizable aircraft from the City line in this calendar. Bravo, designers! The Star Wars Imperial Officer is nice, especially because the grey cap element is relatively new, and it’s always great to get more accurate figures. Over in Friends, we have a platform thingy with a ramp.

Dave: The City helicopter looks to me more like a clown fish with a propeller on his back. And for some reason with the Friends build, the designers didn’t even include a white 1×1 plate and instead opted to have a “floating” brick supporting the ramp. What an odd choice indeed.

Now for the mystery that is Star Wars: The Imperial Officer has a new torso print, making him the one unique minifig in this year’s Star Wars calendar (since there are disappointingly no overtly Christmas variants/prints of characters this year I can see from the box). The last time this character appeared it was in the Imperial Star Destroyer where he only had three red and blue rectangles on his insignia, meaning this minifig has been promoted from Captain to Commander since the last time we saw him. His face printing is the same, and his printed cap has only appeared in that same Star Destroyer set.

But most interesting to me is that this the first build/minifig from the advent to represent someone from the original trilogy since this calendar has focused exclusively on Rebels, Force Awakens and Rogue One. Perhaps he was on a Star Destroyer in Rogue One but then got demoted after?

Luka: The City build is great and it has some cute pieces, the Star Wars minifig is not bad either, and I genuinely like the Friends build, even though the variety in that calendar is somewhat lacking.

Elspeth: Another great little City model that is fun and recognisable. I like the side burns and fleshie face for the Imperial Officer. I genuinely don’t know what the Friends stall/ramp is meant to be. We have already had “stall with wreath” so zero points for originality here. 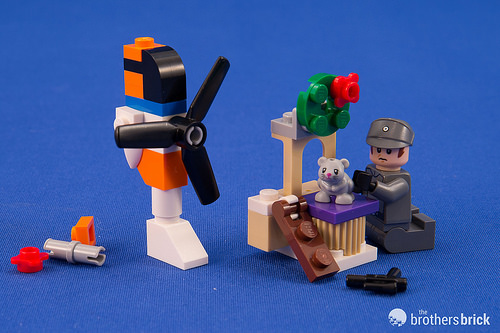 Chris: Ahh, the Friends thingy is a podium, where tiny rat politicians give speeches. He probably wants some new bill ratified.

Elspeth: I think it is great that LEGO have developed a “pet your pet” stand.

Dave: All hail the Supreme Leader Hammie the Hamster, sent from Friends to take over the galaxy! Kneel before his wonderful wrath before he kills you with his captivating cuteness.

Alexander: And now the helicopter looks like a Slave I! And this hamster is adorable enough to make an Imperial Officer kneel before him