The 2017 Formula One World Championship has just finished last weekend with a spectacular Abu Dhabi gran-prix. Even though the Renault F1 Team ended up in sixth place in the Constructors’ Cup, the car manufacturer is celebrating 40 years of competing in Formula One. There’s no better way to celebrate such an event than with a dedicated line-up of LEGO sets—not regular sets, but special ones developed exclusively for Renault under the LEGO Certified Professional license. 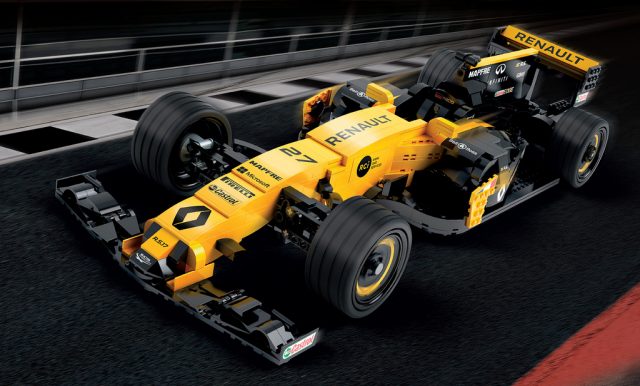 Renault is celebrating the anniversary with 3 amazing sets. The set above is a stunning model of the Renault RS17, which belongs to German driver Nico Hulkenberg (judging by the number on its nose). The set includes 828 pieces and features some jaw-dropping building solutions, like a very detailed front spoiler. If the set had been released as a regular retail product, it would no doubt become a brilliant addition to the Creator Expert vehicles.

The second set is a smaller version of the RS17 that totally looks like a Speed Champions set and consists of just 110 LEGO pieces. The only thing that bothers me is that Nico’s helmet in the 2017 season was red and white, not blue. 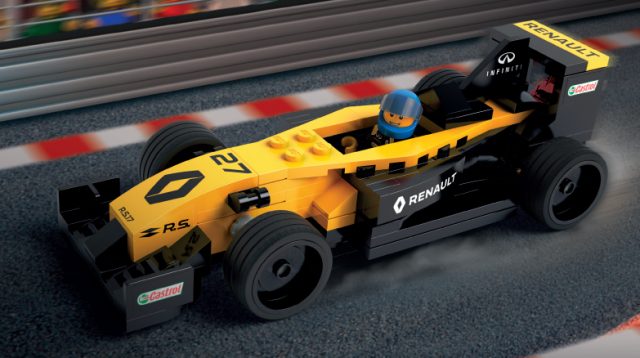 The third set to be released for Renault is a futuristic LCP RS2027 Vision—Renault’s idea of Formula 1’s future. Its bold design makes it look like another Batmobile, so maybe with a couple of improvements it could become the next LEGO Super Heroes set. 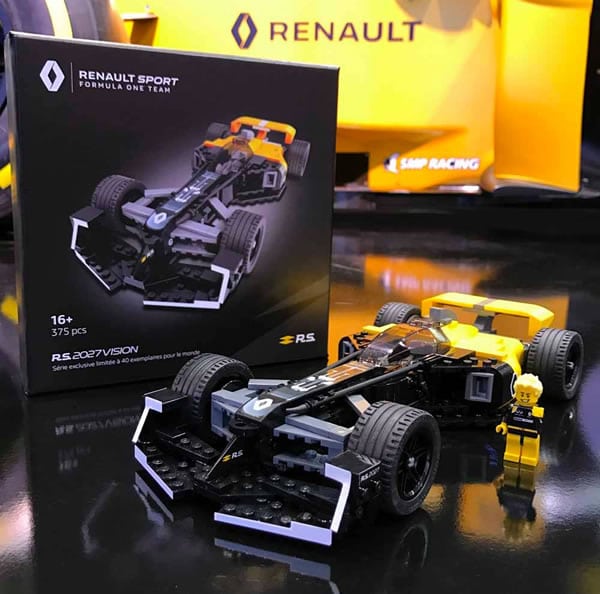 Acquiring one of these gems will be quite a quest. Because these are made by a LEGO Certified Professional, they’re not quite regular official LEGO sets. LEGO’s LCP website notes that “LEGO Certified Professionals are not LEGO employees, but they are officially recognized by the LEGO Group as trusted business partners.” This means that the sets are officially sanctioned by LEGO, but are not produced by the LEGO Company.

Only 100 copies will be produced of the large 800-piece RS17, 1000 copies of the smaller 110-piece RS17 and – gasp! – just 40 copies of the LCP RS2027 Vision concept car. All three models will be displayed at L’Atelier Renault on the Champs-Elysées on December 9 during the public event. Even though the chances of getting one of the super-limited LEGO Certified Professional sets are astronomically small, guests of the event will have a chance to see a full-scale LEGO copy of RS17 that’s been built with more than 300,000 LEGO bricks, as well as build their own tiny model of a racing car as a part of a LEGO workshop. 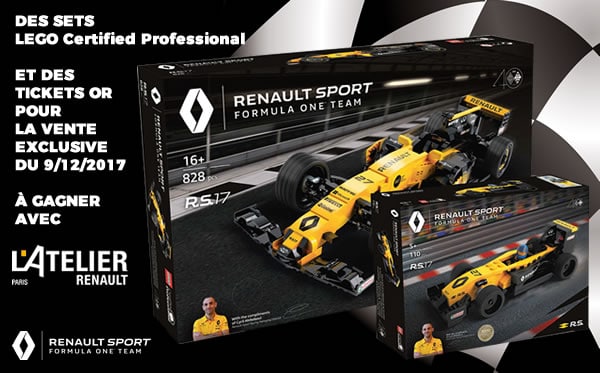