It’s that time of year again! Break out the hot cocoa and stoke the fire, because The Brothers Brick is counting down to Christmas the only way we know how: with LEGO Advent Calendars! Each day, we’ll reveal the three mini-builds from the LEGO City, LEGO Star Wars, and LEGO Friends 2017 calendars along with commentary from our team.

If you’re opening one (or more) of these advent calendars along with us, we’ve made sure the pictures and commentary on each day’s models will be behind a jump and posted in the evening every day, so we don’t accidentally ruin the surprise. So without further adieu, here we go! 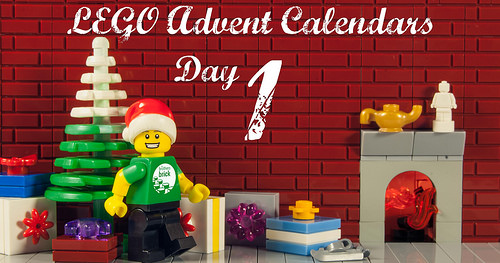 The advent calendars in 2017 are starting out strong with a tiny red train from City, micro-Ghost from Star Wars and sweater-clad mini-doll from Friends. 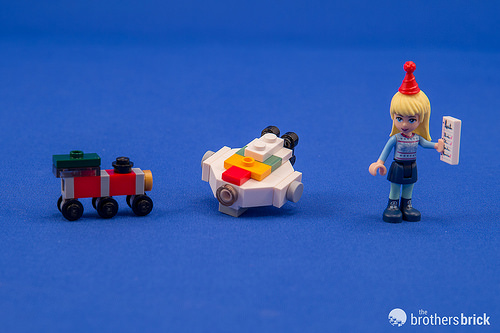 Chris: We’re off to a rousing start with these mini models (plus a mini-doll). The train is actually pretty decent for the scale, and the Ghost is fantastic–though I still think it’s an ugly ship to begin with. The mini doll looks nice with the patterned sweater.

Alexander: This micro-train is quite adorable. Star Wars starts with a sand green jumper, which can only be found in three other sets (Ideas Old Fishing Store, Winter Village Station and Ideas Adventure Time).

Dave: I love the advent calendars for all the little extra parts. The train has been done better in past years, and the Ghost feels solid in comparison to many other advent builds that have hung on by a single stud. The mini-doll’s sweater is a great addition to the Friend’s winter-themed line.

Elspeth: My favourite build is definitely the micro train, so the City advent is off to a great start. I would rather own the micro Ghost’s sand green jumper than the festive mini-doll’s jumper. I do like the inclusion of her naughty/nice list.

Chris: So we’ve decided that for each day, we’re also going to do these little mashups that mostly consist of the stuff you get each day from all three calendars, including the extra parts. Some days are more conducive to clever thinking than others, so here’s a picture of the mini-doll sitting on the Ghost sitting on the train. We’ll see if it gets more clever, but I’m not keeping my fingers crossed. 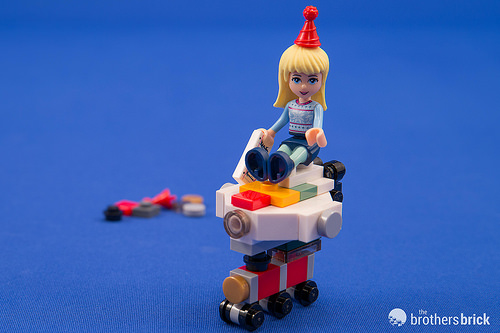 Edwinder: In an attempt to take out the Rebel Forces, The Imperial Army sends in a little tiny train, loaded with enough Christmas gifts to bribe their way through. If all else fails, a princess will be sent as the ambassador to negotiate further—she knows who’s been naughty and nice, and that’s going to be pure blackmail.

Dave: I’m not sure those are legal connections, but I love all the extra little bits in the background!