Imagine a future where the sea levels rise rapidly, causing massive flooding to coastal regions and changing seaside resorts into underwater history. Jonas Norlen has used this scenario as the back story to his latest LEGO creation,  Storken, a giant robot developed by the Coast Guard to salvage things from the bottom of the sea. The Storken looks super futuristic with cables and lights aplenty, albeit with a hint of comedy thanks to those gangly limbs. The hovering Coast Guard helicopter above the robot is ideal to give a sense of scale, and the same goes for the cute little truck in his hand and the blue tractor at his feet. I particularly love the colour blocking used for the robot, which gives it a very realistic Coast Guard ‘corporate’ feel. 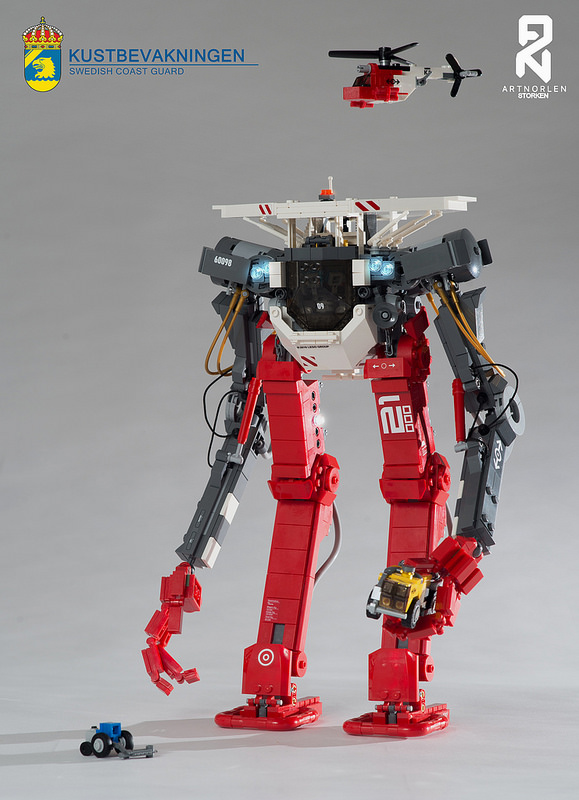 Utilising a Storken to find the soap in the bath tub is definitely considered overkill.

1 comment on “Salvage your treasures from under the sea”