LEGO is releasing another exclusive set for this year’s New York Comic Con, revealed today to be the first Star Wars BrickHeadz. Set 41498, Boba Fett & Han Solo in Carbonite, has 329 pieces and will be sold for $40, but is only available at the convention. There’s no word on how many sets will be available, but it’s likely to be a very small number.

Update: read our review of this set. 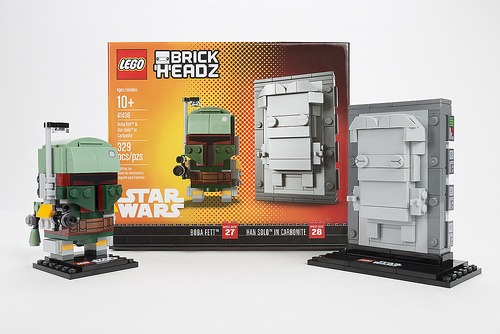 As with previous exclusive comic convention exclusive sets, these will largely fall into the hands of scalpers, so if you’re eyeing it, be prepared to pay exorbitant prices on the secondary market. LEGO’s strategy for some recent exclusives has been to create an interesting set using no exclusive elements, allowing eager fans to duplicate the set with their own collections. Both the May the Fourth Space Slug set and Detention Cell for Star Wars Celebration featured only exclusive packaging, but no exclusive elements, thereby cutting the effect of scalpers down significantly. Unfortunately, here LEGO has again opted to include a number of exclusive elements, as all of the printed elements are unique to this set, including the first closed eyes on a BrickHeadz character. However, we’re afraid that because of this strategy which favors scalpers, not many of these sets will reach the hands of our readers. 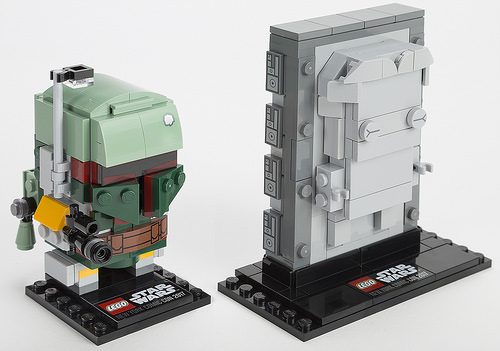 This set ranks as the largest BrickHeadz set yet, beating out by nearly 100 pieces 41496 Supergirl & Martian Manhunter, which has 234 pieces. Interestingly, these characters are labeled as BrickHeadz numbers 27 and 28, which leaves a large gap of unreleased sets. The next most recently released BrickHeadz are the Ninjago Movie characters, which are numbers 17 and 18. 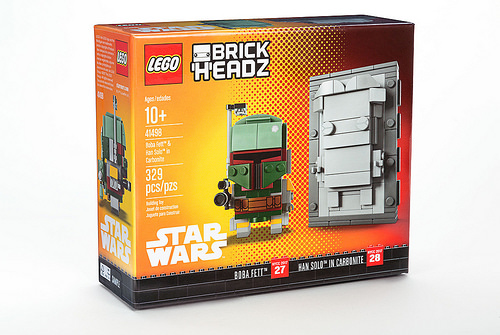