The new 75192 UCS Millennium Falcon has been one of the worst-kept secrets in LEGO’s history, with numerous teasers and leaks over the past several months. However, while the set’s existence may not be a surprise, we finally have all of the official details straight from LEGO HQ. The new UCS Falcon will include 10 minifigs, and clocks in at a whopping 7,541 pieces, comparable to the massive 7,500-piece LEGO Falcon built by Swiss LEGO fan Hannes Tscharner. This makes the new Falcon the largest LEGO set ever released. The set will hit stores on October 1st for $799.99, and will be available early for VIP members beginning Sept. 14. 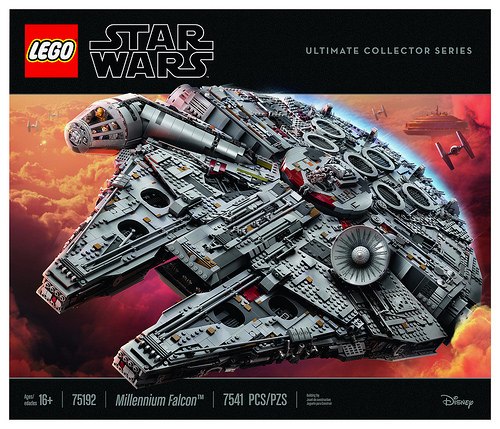 LEGO is sending The Brothers Brick an early copy of the set to review, so check back soon for our full review of this enormous new set.

Back in 2007, I attended BrickFest PDX in Portland, Oregon, where LEGO Master Builder Erik Varszegi unveiled the original 10179 UCS Millennium Falcon. The original UCS Falcon was built from 5,197 pieces. So, where do those extra 2,500 pieces go? First, the exterior is considerably more detailed, with a lot more tiles taking the place of plates, along with many more rounded pieces that weren’t available in 2007, including a new 4×4 quarter circle tile. 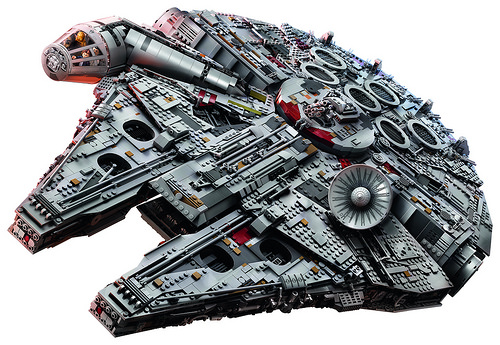 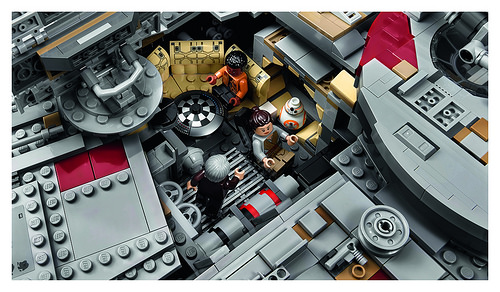 And finally, another reason the part count is higher is that several details can be swapped out to turn the Classic Trilogy Falcon into the Episode VII/Episode VIII Falcon, with a square sensor dish and different details on the front of the mandibles.

The designer video with set designer Hans and graphic designer Maddy showcases many of the set’s play features and design details, and is definitely worth a watch.

The box itself is, of course, the largest LEGO box ever produced, and is more of a cube than the typical flat rectangle. 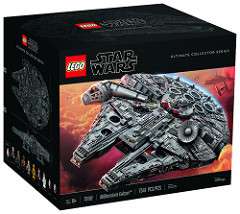 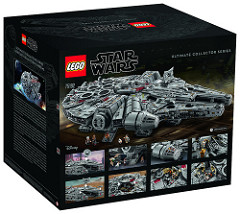 In fact, the box is so large that one of the teaser images LEGO has released shows LEGO’s method for helping in-store buyers get the set home: affixing wheels and a handle to the box. (Shown here in comparison to a bagged 75159 Death Star) 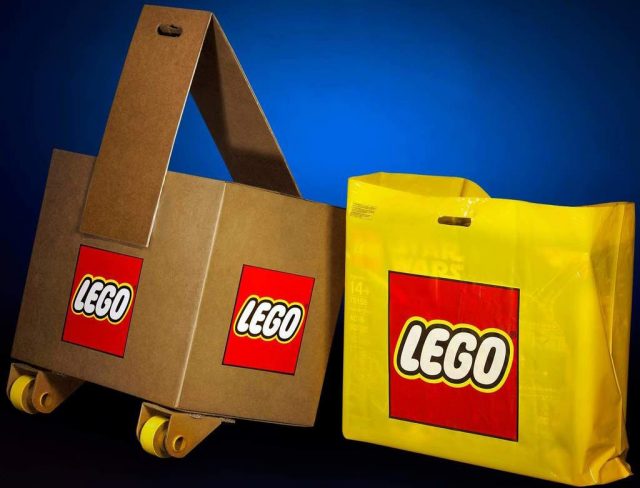 The ramp raises and lowers, and a blaster cannon pops down as well.

As noted above, the set includes both the round and square sensor dishes. 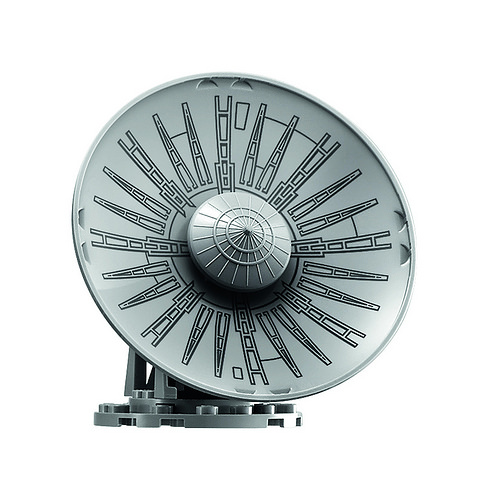 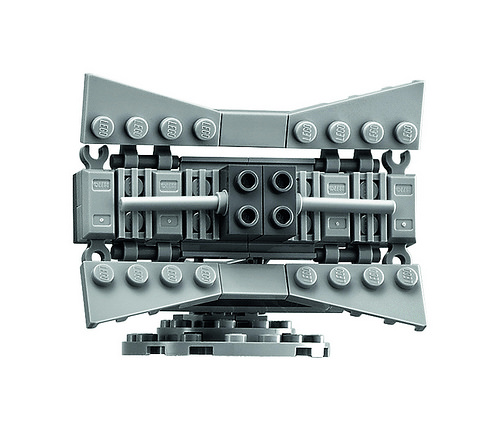 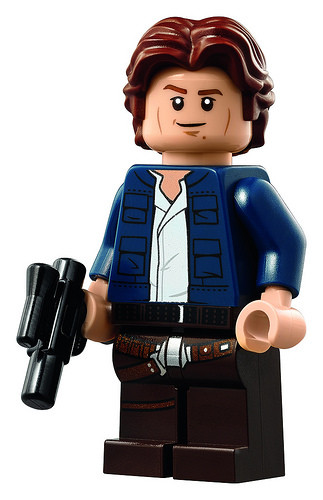 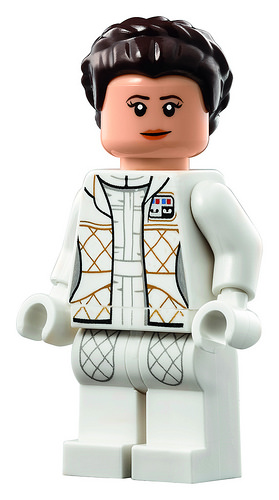 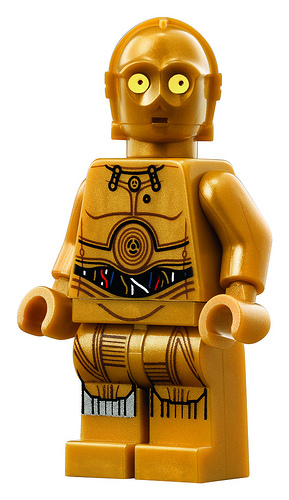 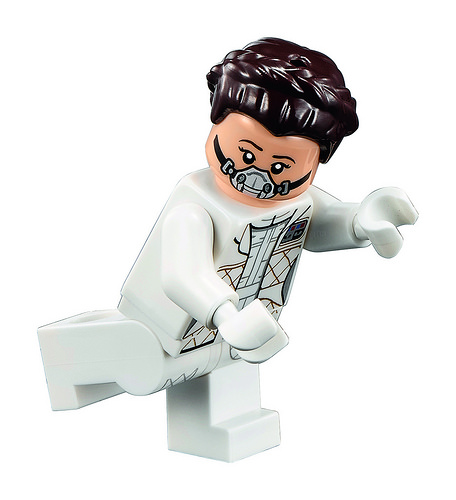 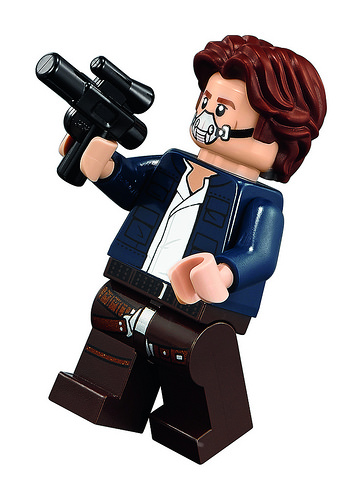 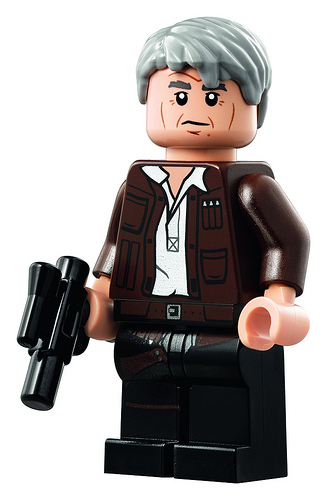 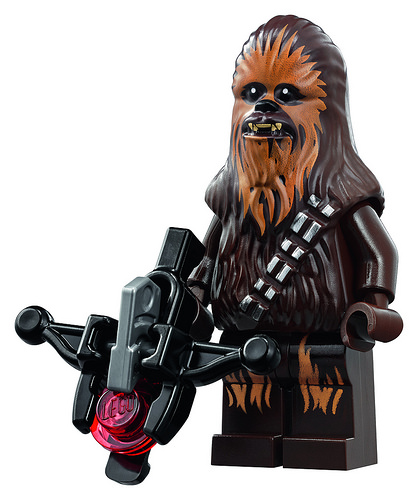 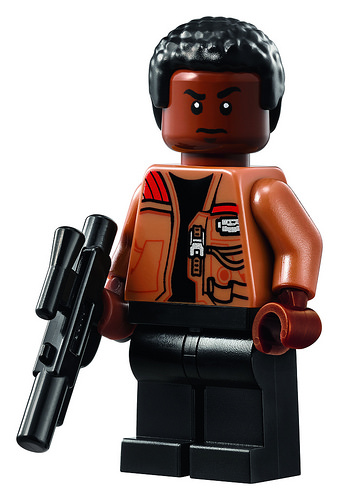 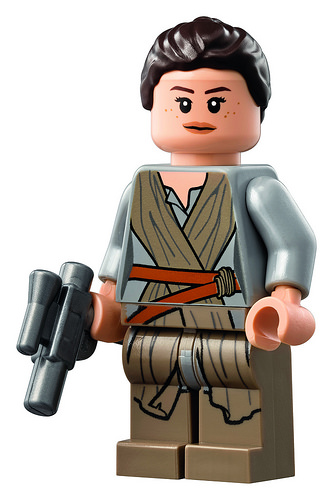 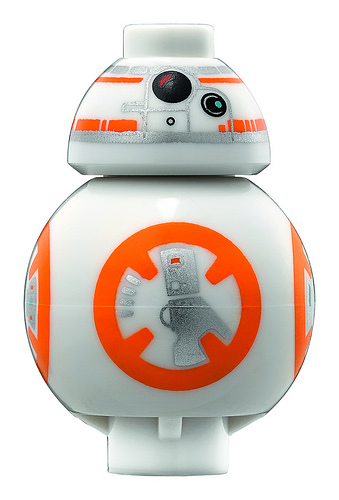 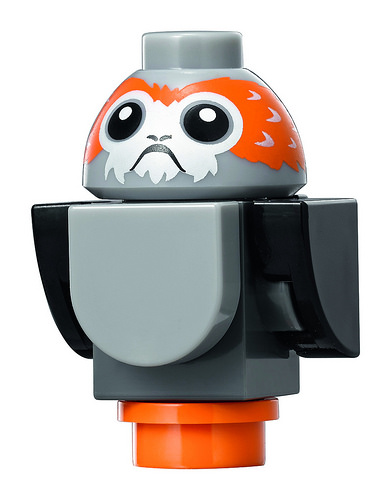 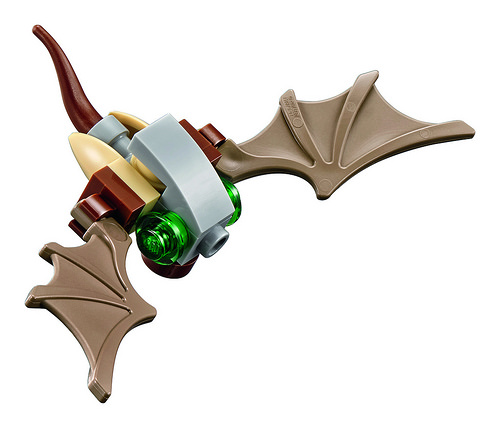 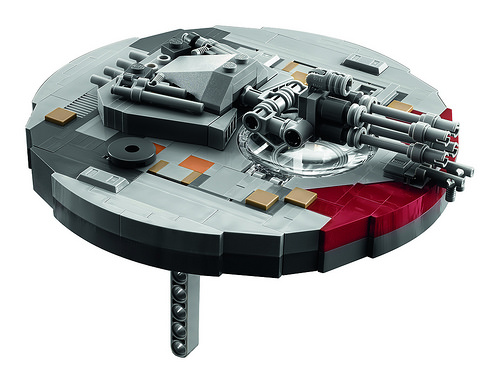 Set designer Hans holding the Falcon gives a true sense of its enormous scale compared to the average LEGO set. 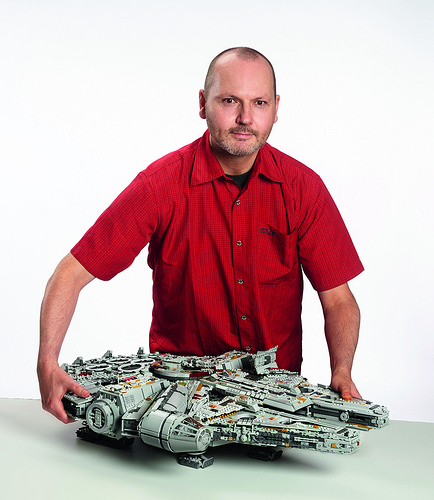 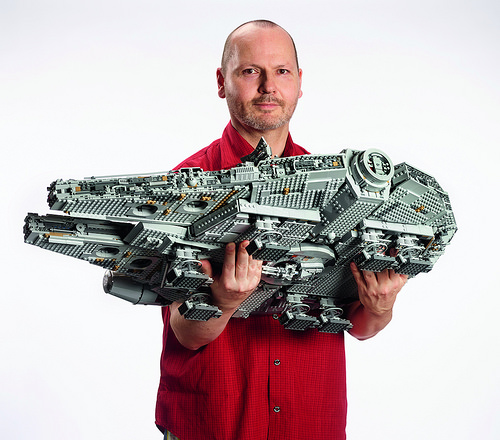 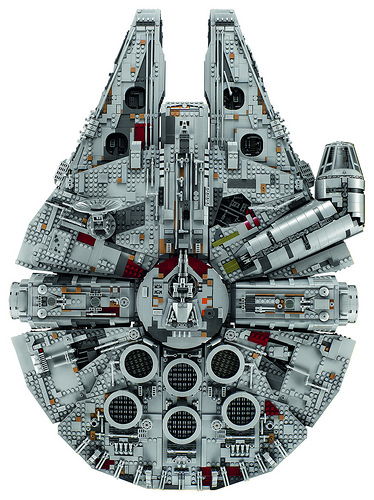 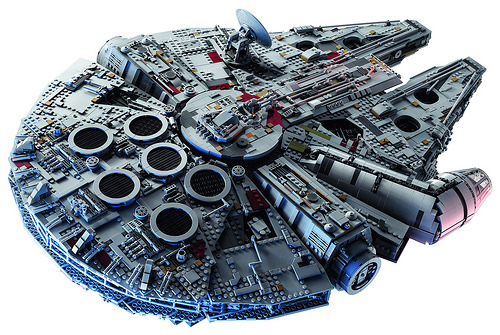 The full press release includes the complete list of features.

Travel the LEGO® galaxy in the ultimate Millennium Falcon!

Welcome to the largest, most detailed LEGO® Star Wars Millennium Falcon model we’ve ever created — in fact, with over 7,500 pieces it is the biggest LEGO model ever sold! This amazing LEGO interpretation of Han Solo’s unforgettable Corellian freighter has all the details that Star Wars fans of any age could wish for, including intricate exterior detailing, upper and lower quad laser cannons, landing legs, lowering boarding ramp and a 4-minifigure cockpit with detachable canopy. Remove individual hull plates to reveal the highly detailed main hold, rear compartment and gunnery station. This amazing model also features interchangeable sensor dishes and crew, so you decide whether to play out classic LEGO Star Wars adventures with Han, Leia, Chewbacca and C-3PO, or enter the world of Episode VII and VIII with older Han, Rey, Finn and BB-8!

Available for sale directly through LEGO® beginning
October 1, 2017 via shop.LEGO.com, LEGO® Stores or via phone.