It’s time to go on a journey around the World with Denmark-based builder Lasse Vestergård, who has built a huge scenic sculpture complete with handy globe to help keep you on the right track.  Around the central globe are two circular stages each showing scenes from different countries. There are 26 countries in total, including Denmark, Greenland, UK, Italy, Spain, Israel, Australia and lots more in between. Each country has a few minifigures that represent part of the history,  heritage and culture. There are lots of fun minifigures to spot, such as a mermaid in Denmark, footballer in Germany, Leprechaun in Ireland, Medusa in Greece, Mary, Joseph and Baby Jesus in Israel, Shakespeare in the UK, and so on. 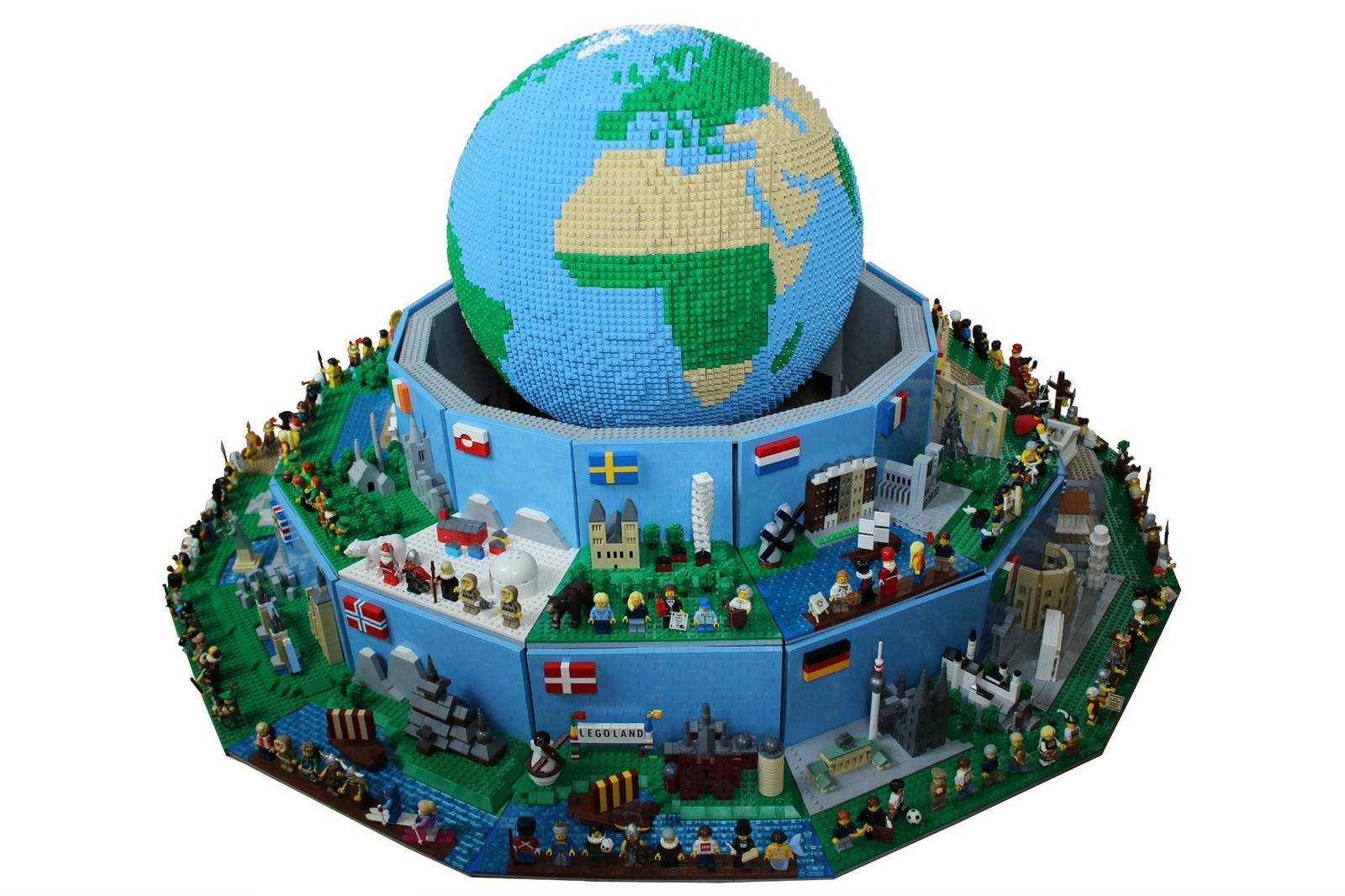 Each country also has some microscale architectural or geographical features to identify and name.  Italy has the Leaning Tower of Pisa, in Spain we can find the Roman Aqueduct of Segovia, while France’s Eiffel Tower is easy to spot amongst the baguettes and berets. How many famous landmarks do you know? 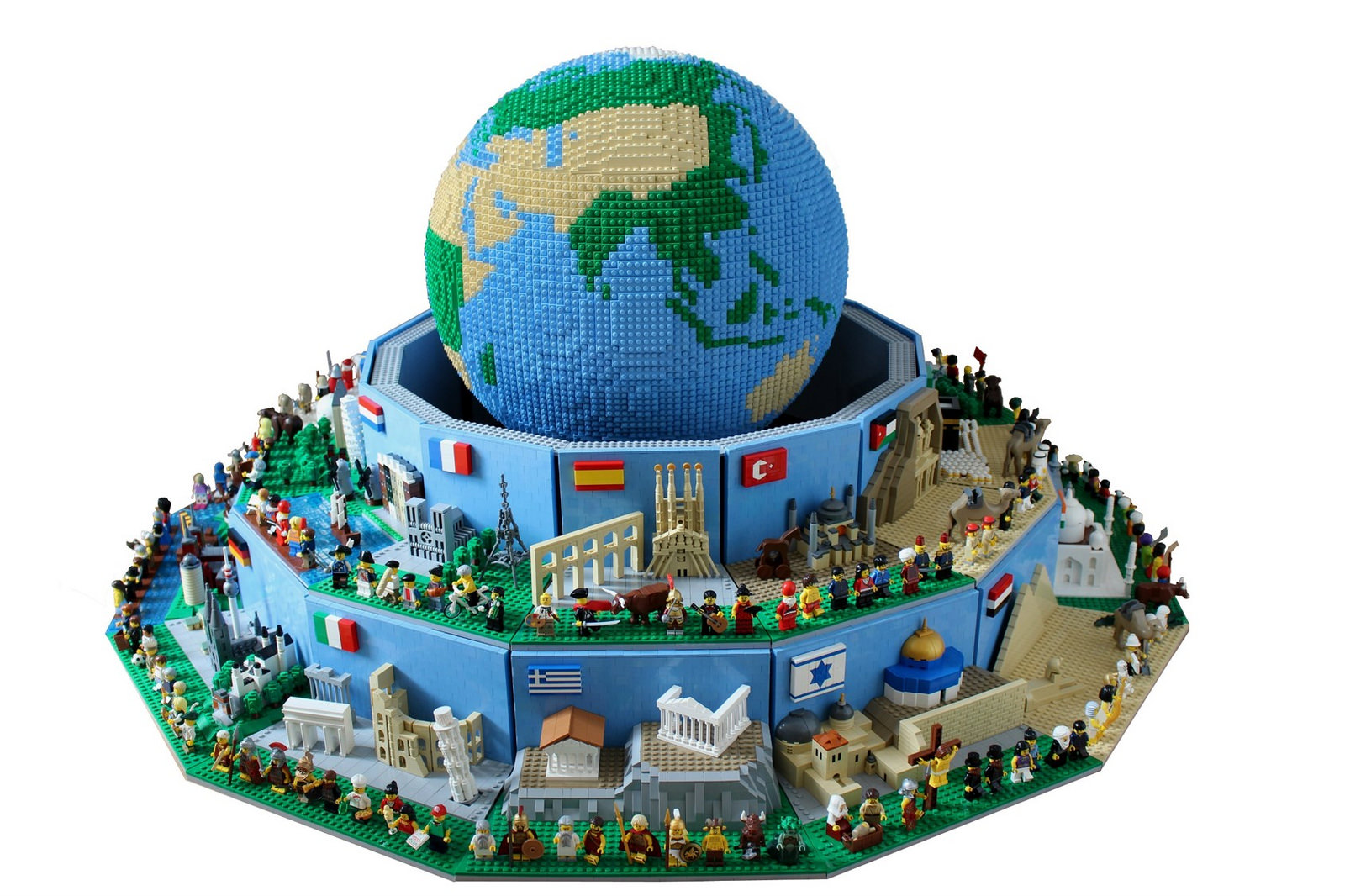 Within the Denmark scene there is a windmill, the Round Tower (the oldest functioning observatory in Europe), Roskilde Cathedral, and LEGOLAND of course! Hamlet makes an appearance here as his home was Kronborg Castle near Copenhagen. 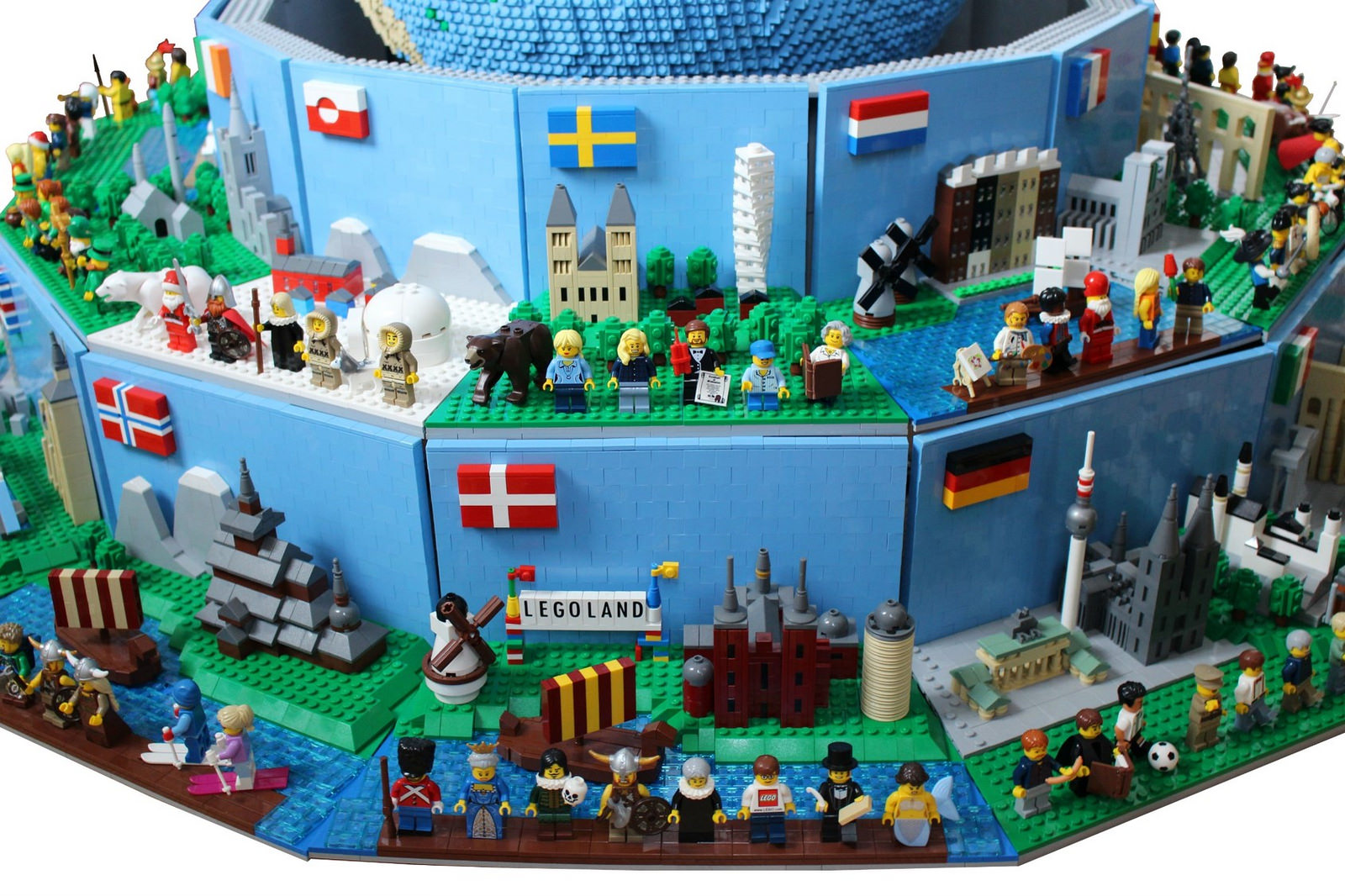 Each of the 26 countries are worth a closer look, Lasse has an album on Flickr showing all the details to allow you to go on an insightful LEGO journey around the World.

6 comments on “Around the World in 26 LEGO scenes”