In my opinion, the best movie from the 80’s has to be Kung Fury. Which is funny considering it’s actually a crowdfunded Swedish short made in 2015. This completely over-the-top parody pays homage to martial arts and cop action movies of the era. It features a murderous arcade machine, dinosaur-riding barbarian women, an army of incompetent Nazis, and even a cameo by David Hasselhoff. Watch it today! I loved it so much I even recreated a scene from the movie in LEGO… 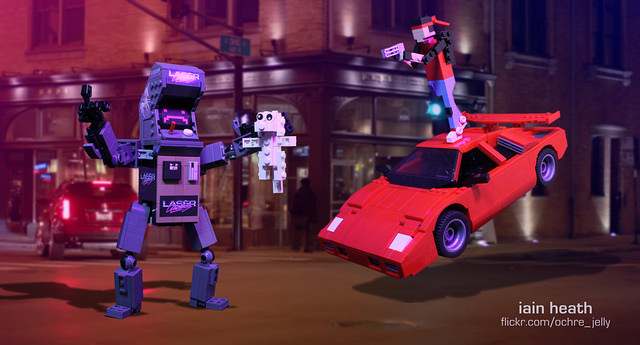 First of all, apologies to everyone I teased with the prototype of this build two years ago. Unfortunately I hacked too much time and was only recently able to retrieve the pieces from the Viking Age.

Actually, the truth behind the delay is that the prospect of building a Miniland scale Lamborghini Countach was so daunting that it derailed the project. Fortunately, I eventually realized that LEGO’s Ferrari F40 set was the right scale, the right color, and a similar shape. So my solution was to “adapt” (read “completely gut”) that set. 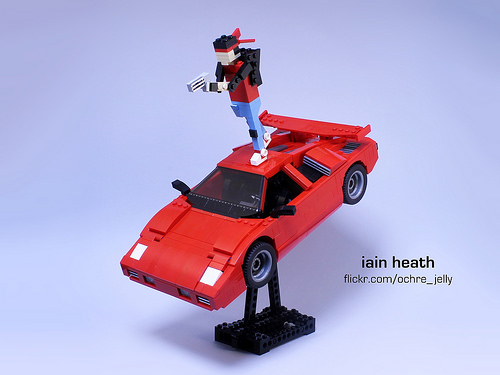 The F40 is a solid but heavy build, so in reshaping it I ditched all the play features and much of the internal structure. This allowed me to shed a third of it’s 800 gram weight and mount it on an angled stand. 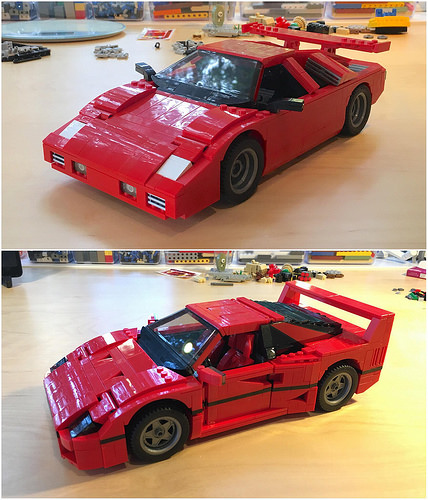 Building the rogue arcade machine was a very different process – and being a mech, something of a departure from my usual character builds! The canopy was particularly troublesome due to it’s complex all-triangular profile and the fact that I wanted to keep it 1 plate thick to make room for the sunken display screen. 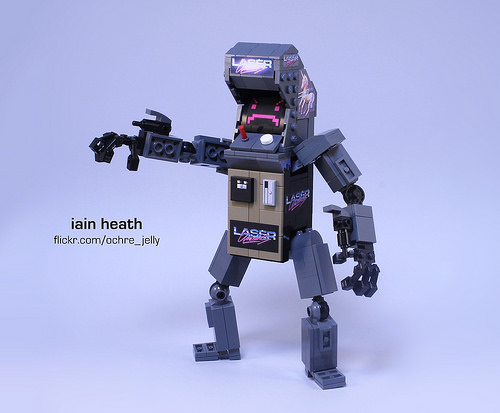 An important step in getting this piece movie-accurate was to add lettering and graphics, which required scraping and manipulating a lot of graphics from the Internet and then printing them off as custom stickers. The robot gets relatively little screen time, giving me not much to work from, so a big shout-out goes to cosplay master Charlie Ahlschwede for letting me study the detailing on his fantastic Kung Fury robot costume for additional inspiration. 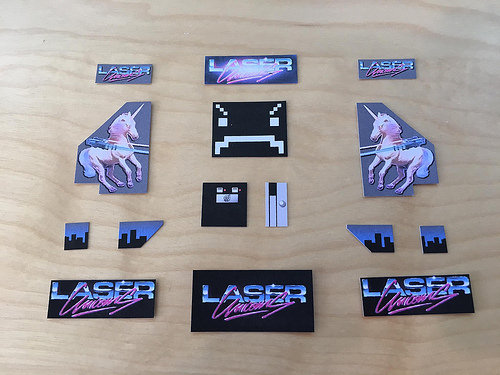 The movie version (which is all CGI) was either given a purplish tone or some sweet 80s style neon lighting. But as the LEGO color palette isn’t that diverse, I just built the model in dark gray and photographed it under a pink light. 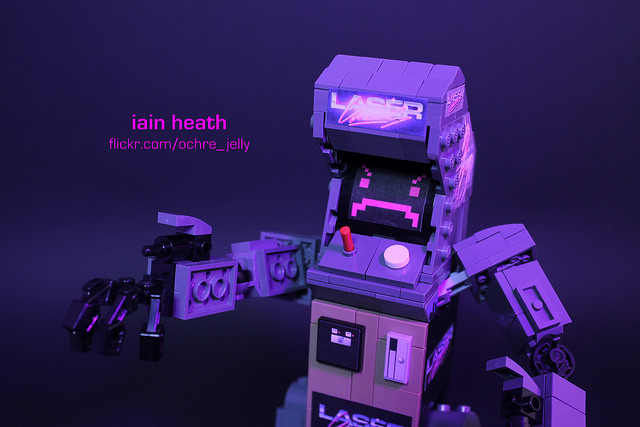 I hope you like the final composition of these two models in my recreation of this scene from the movie. I am hoping to build additional Kung Fury characters at some point in the future, but hopefully it won’t take me two years to get round to it this time. Meanwhile, if you are gonna be at Brickworld Chicago next week you can check out these builds in person. Tanks. 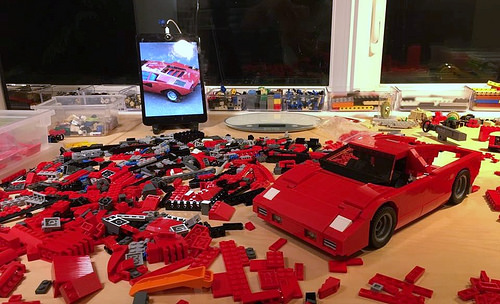