When two brothers, Jake and Elwood Blues, reform their band in the movie The Blues Brothers, they have high hopes of saving the orphanage in which they were raised from financial ruin. One slight issue is the requirement for musical instruments, and this leads the brothers to Ray’s Music Exchange where R&B genius Ray Charles has a cameo as the store owner. Nate Flood has built a perfect LEGO version of the infamous store, complete with a fantastic ‘LEGO-ized’ version of the famous mural. 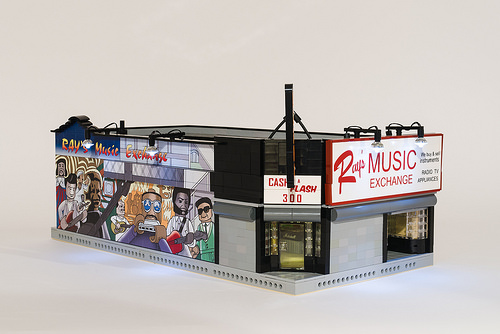 Nathan’s build is not just an exterior though, as inside we can see Jake and Elwood strutting their stuff, with Ray Charles at the piano and the guys shaking some tail feathers with their guitars and saxophones. 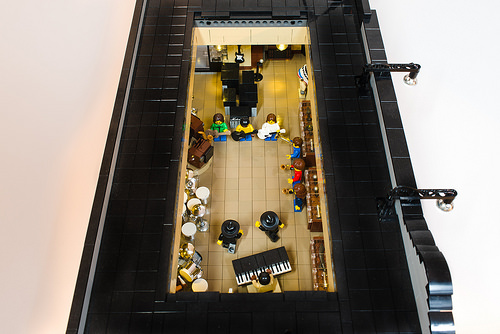