LEGO City remains one of the most popular themes designed by LEGO and is always fun to see a large city layout. And you will definitely not be disappointed by this bustling city scene by Korean building team OliveSeon – a huge minifigure scale diorama that is over 6 meters (19 feet) in length. The main central part of the scene includes a few official modular sets such as the Detective’s Office, Parisian Restaurant and Ghostbusters HQ on the left. But there is much more to this diorama than buildings, as I believe it depicts almost every form of transport system imaginable from an airplane, to a suspension railway, to HGVs and even a hot air balloon. 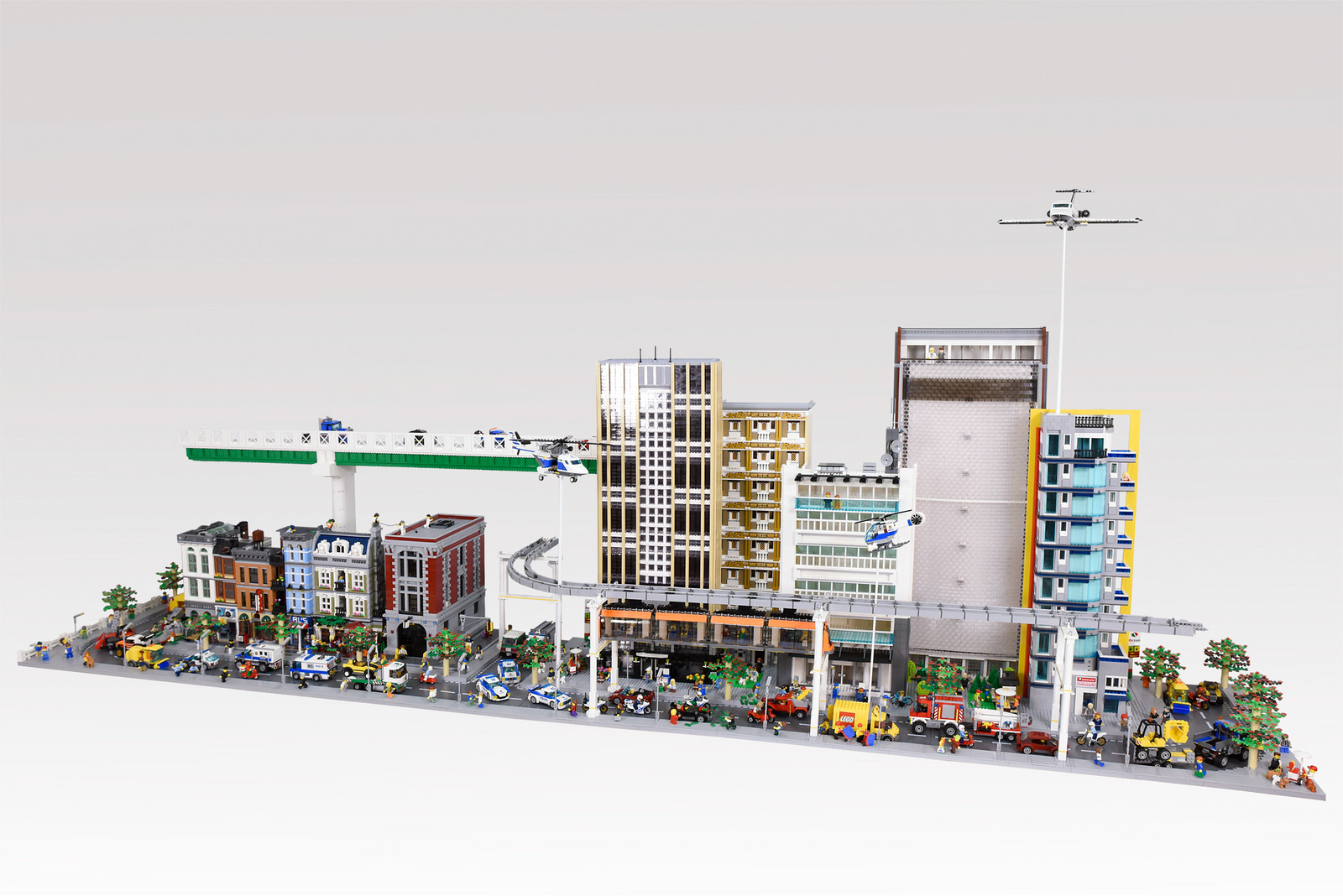 On the far right beyond those skyscrapers, the concrete plunges into a chilled out beach scene and then a mountain peak complete with cable car. The red and white cable car is very cute, as is the hot air balloon, even if every Health & Safety bone in my body is shouting that it’s too close to the high wires! 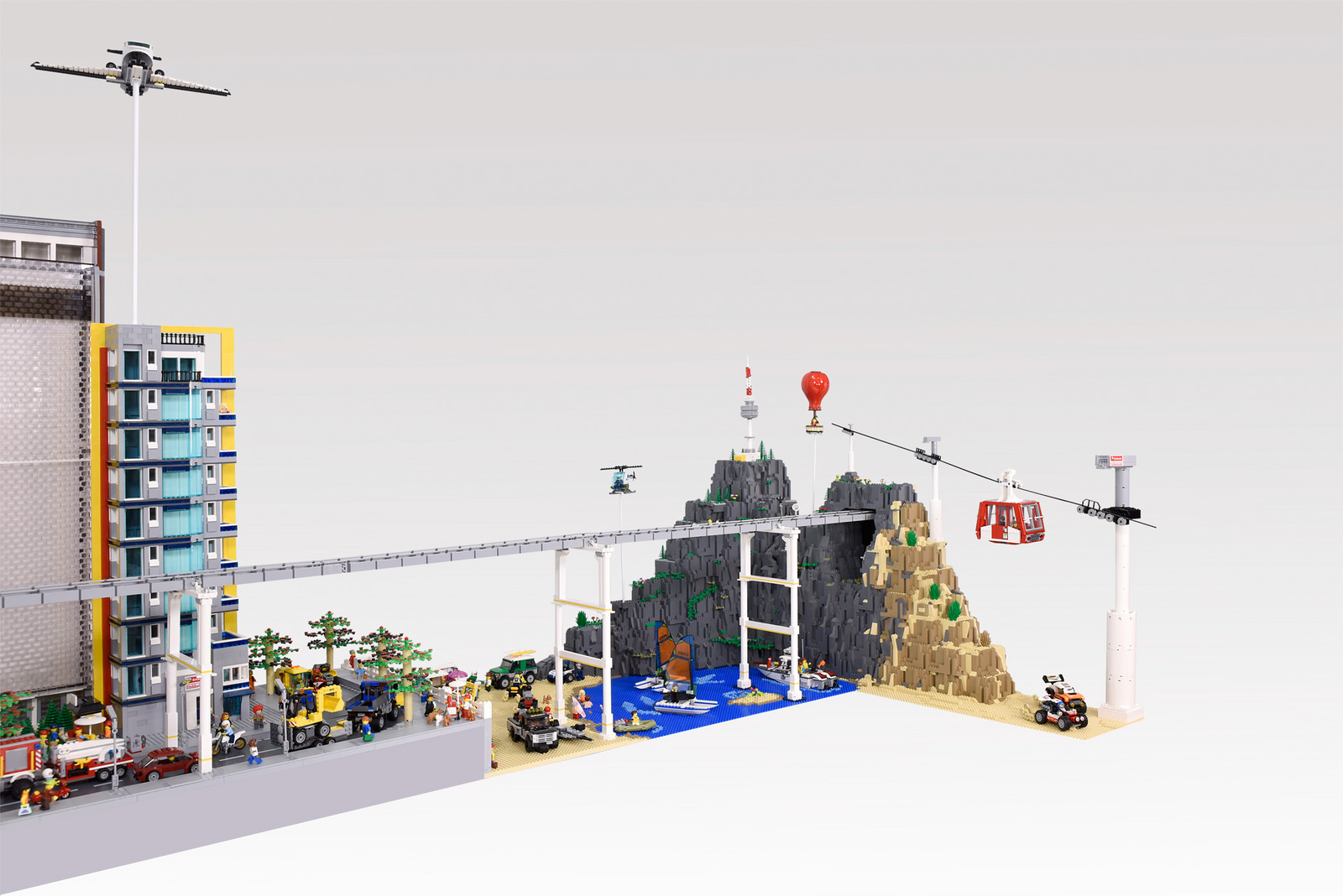 On the far left the transportation has a more nautical feel with the port and harbour area. Don’t go for a dip in the water on this side of the build though, cos I’ve spotted a few hungry sharks on patrol. 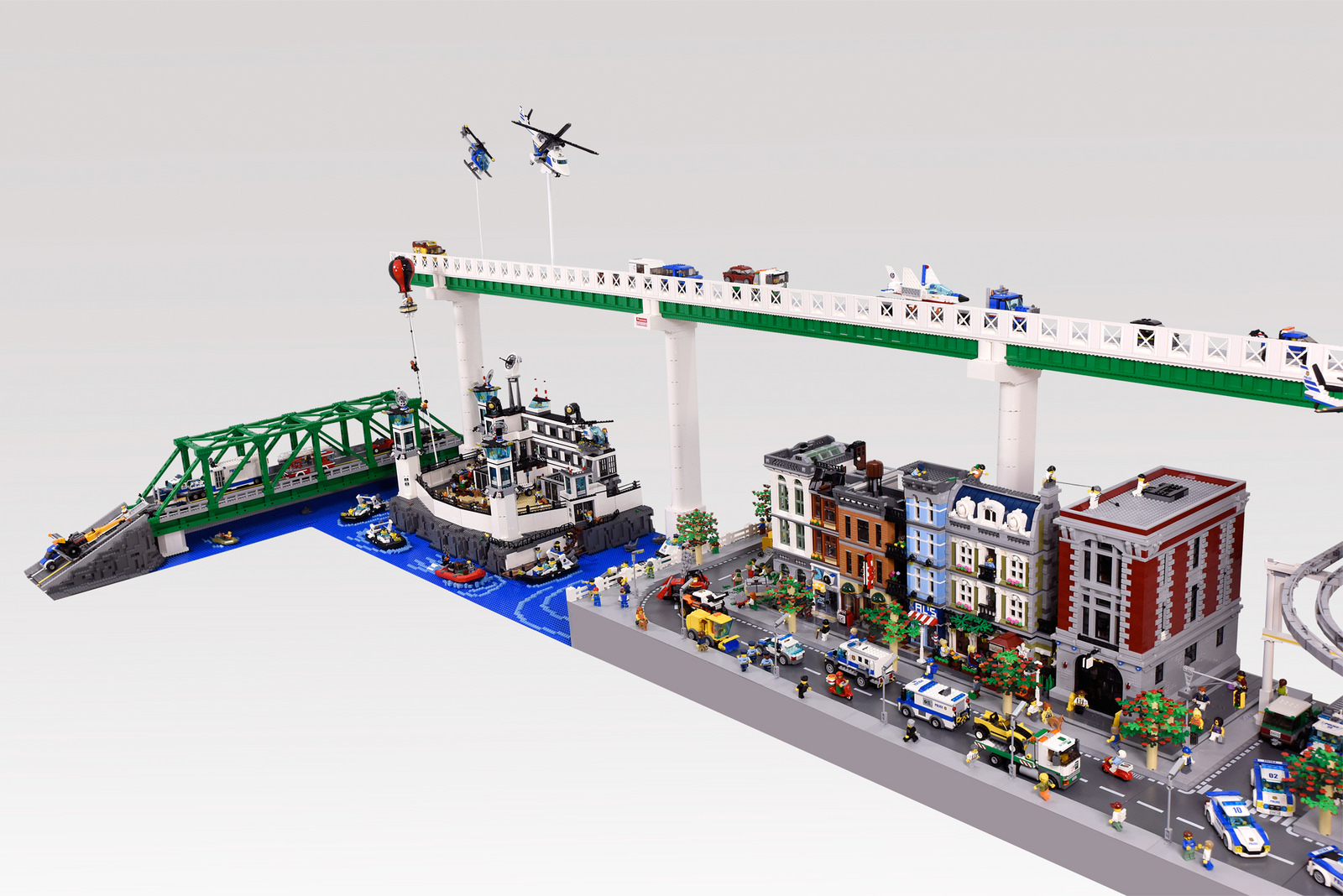 So can you think of any other forms of transportation the builders have missed in this huge 3-part diorama?

4 comments on “Planes, trains, automobiles ...and a hot air balloon”