It has been a while since the last part of the Hobbit film trilogy hit the cinemas, so the trend of LEGO Hobbit and Lord of the Rings creations is slowly declining. But that does not mean we do not get amazing builds like this one every now and again. This diorama of Halls of Thranduil by German builder Jonas Kramm was made for the 2016 Comic Con in Stuttgart in June. and I really envy everyone who had the privilege to see it in person. On the pictures, it seems like a digital render at first, and even a close look at the main picture did not really convince me. I had to look at some detail shots to be sure this was real. 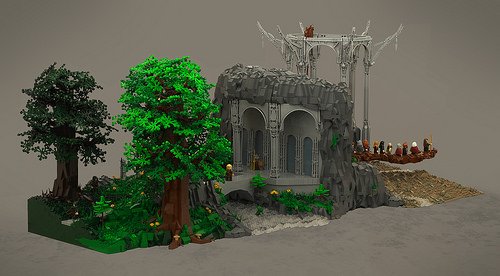 The details are superb and Jonas has really captured the balance and combination of natural landscaping and Elven architecture perfectly. A carefully set amount of clean surfaces contrasting rough terrain makes for a very interesting build to explore. The use of bars and tubing for architectural detail is inspiring. And while the foresty exterior with simple yet effective large trees is a stand-out build in its own right, it pales in comparison with the complex architecture of the cavern and the giant root path and throne. The cave floor is also nice to look at with the clear streams, nice subtle colours and a natural subtle slope. 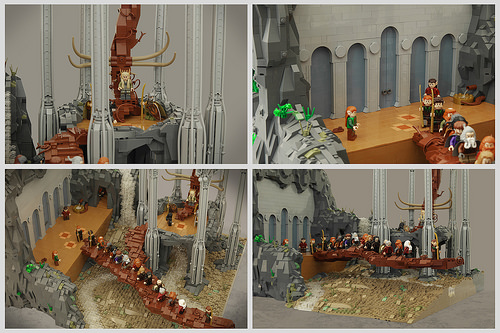