As a fan of the Transformers: Generation 1, these Chibi versions of Grimlock, Optimus Prime and Jazz stand out for not only their detail, but for their ability actually transform into their alternate forms. It took builder Sam Cheng about a week each to construct each one of these amazing builds. 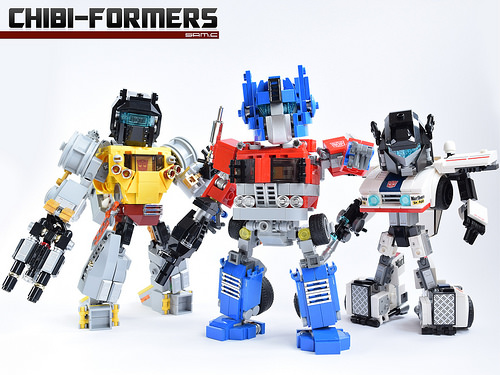 Being on the LEGO scene for only 3 years, Sam visualises each creation in his head and tests it out with various forms and shapes, continuously adapting. Using Technic and Mixel joints gives him a lot of flexibility, as he finds them small enough to hide within the builds. 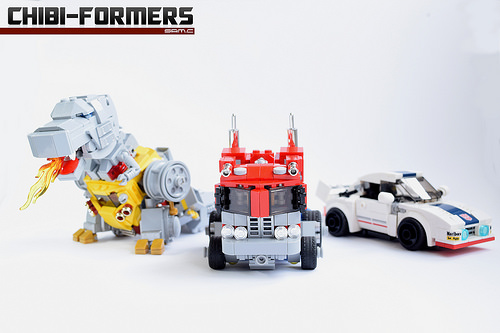 He admits the hardest part of his builds is actually the transformation feature. For instance, Grimlock’s head is pretty heavy so Sam had to compensate by redesigning the legs (which eventually transform into the tailpiece) to provide support in robot mode. It’s a blend of getting the right looks and engineering. 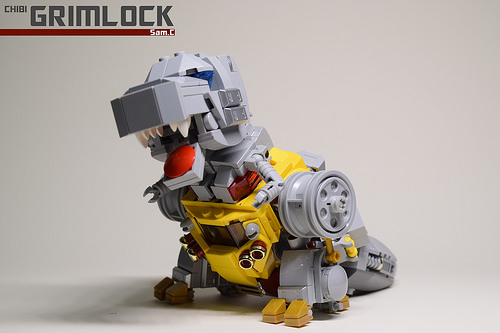 My favourite parts are the golden rings and silver ingots used as finishing touches to the torso and cheeks respectively – the shiny bits give it that extra feel of being a mechanical robot. Hop over to his Grimlock album on Flickr, you will not be disappointed.