Apparently Batman drives a Chevrolet, as LEGO and Chevrolet have teamed up to build a life-sized version of 70905 The Batmobile complete with Chevy bowtie emblem, and it is exactly as awesomely black (and very dark grey) as the Dark Knight might hope. 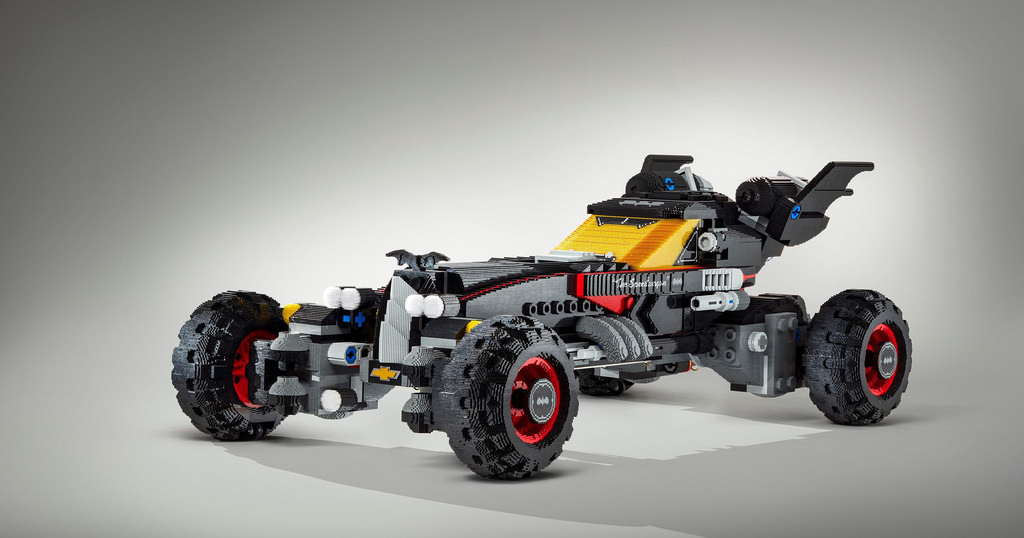 This huge “Speedwagon” from upcoming The LEGO Batman Movie was unveiled today at the North American International Auto Show in Detroit. It was built as a life-sized, 1-1 scale replica of the LEGO Batmobile, much like the Star Wars X-wing from a few years ago. 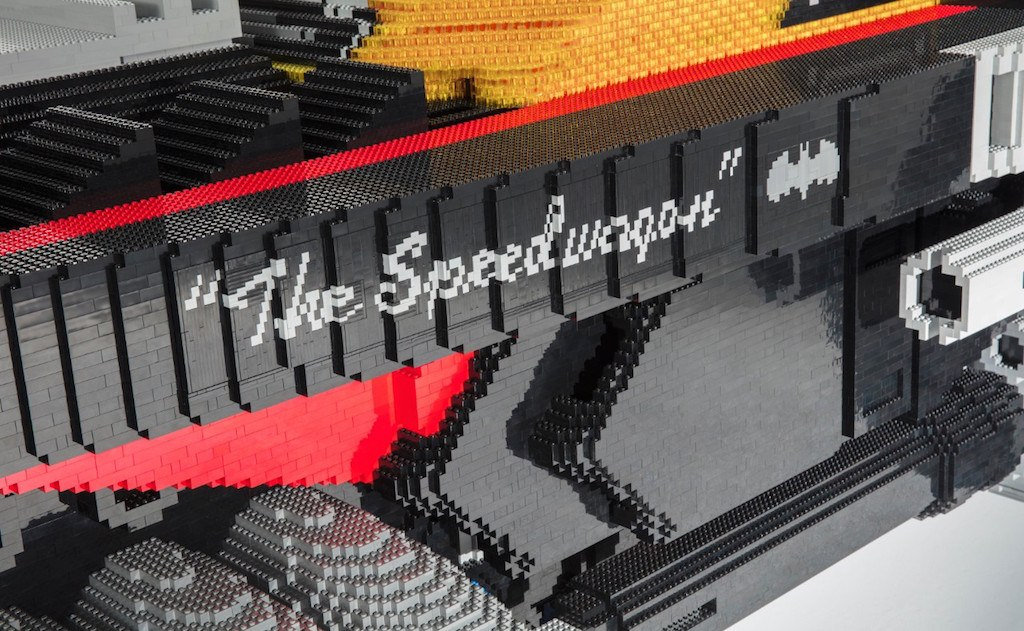 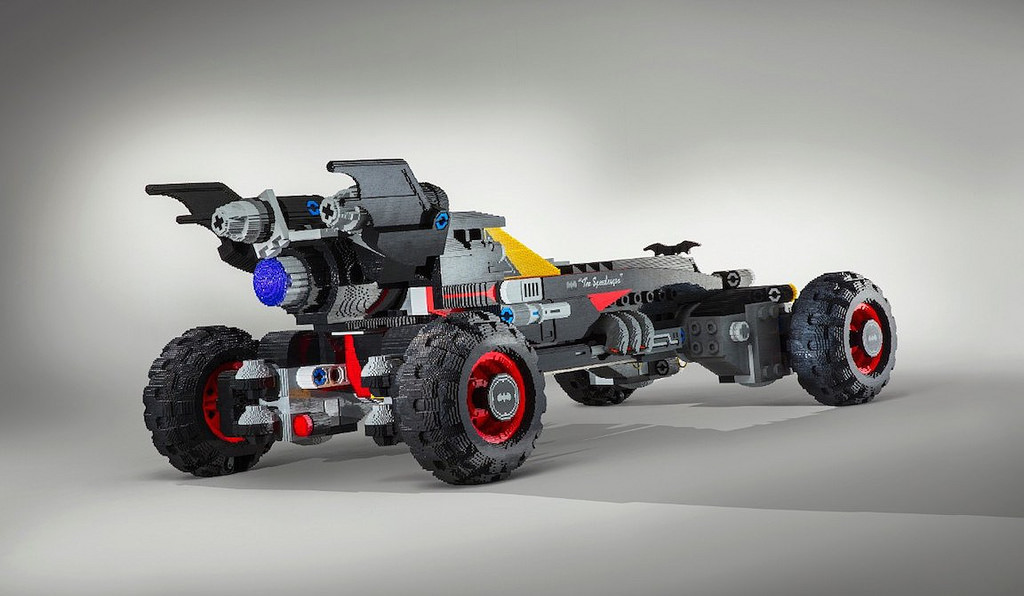 Erik Varszegi, LEGO lead designer, and Jeff Rushby, LEGO lead builder, said that the design process took 220 hours, while building it took 1,800 hours. The two led a team of 6-8 people which assembled the Batmobile in Enfield, which you can watch in this time-lapse video:

Varszegi said the design came from The LEGO Batman Movie filmmakers. Rushby said at the event that the toughest challenge was the engineering aspect in making all the moving parts work correctly. (Oh, how we would love to see if this has the same play functions that we enjoyed in our review of the Batmobile.) 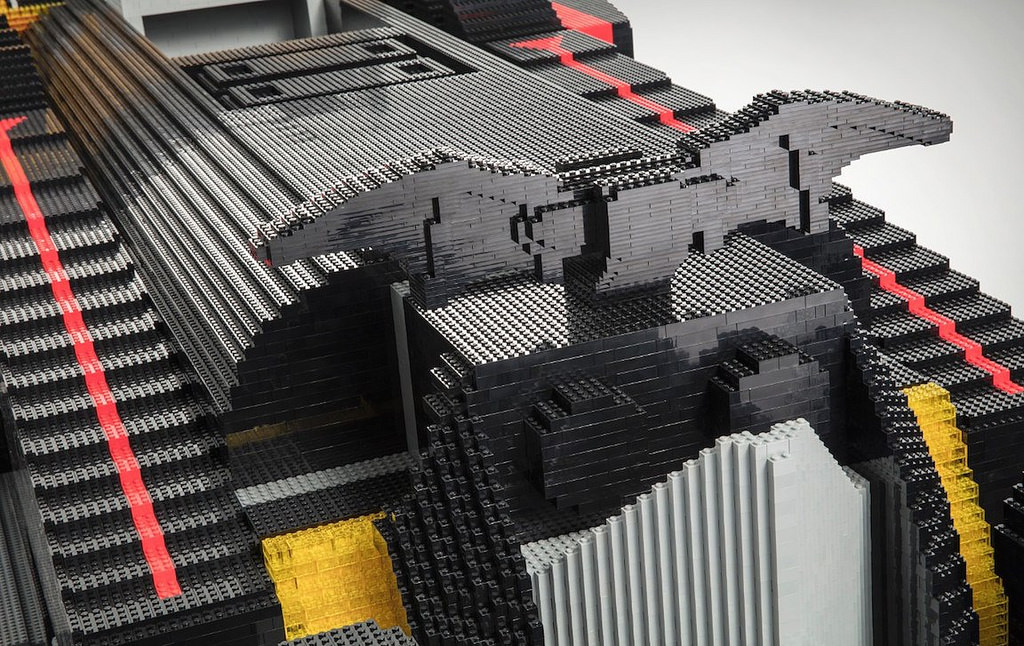 Chevrolet has also created an entire product website devoted to the imagined life-sized LEGO Batmobile, which includes all the specs you would expect to find on a real car. According to the hilarious site, the Batmobile is available in 12 versions of black ranging from Midnight Black to Smokey Black. It’s “the perfect vehicle for both lone vigilantes and average citizens looking for a dramatic ride or for a perfect night out saving the town.”

The site is filled with Easter eggs, including this auto comparison chart between 70905 The Batmobile, 70906 The Joker’s Notorious Lowrider, and 70903 The Riddler Riddle Racer, all of which we’ve reviewed. 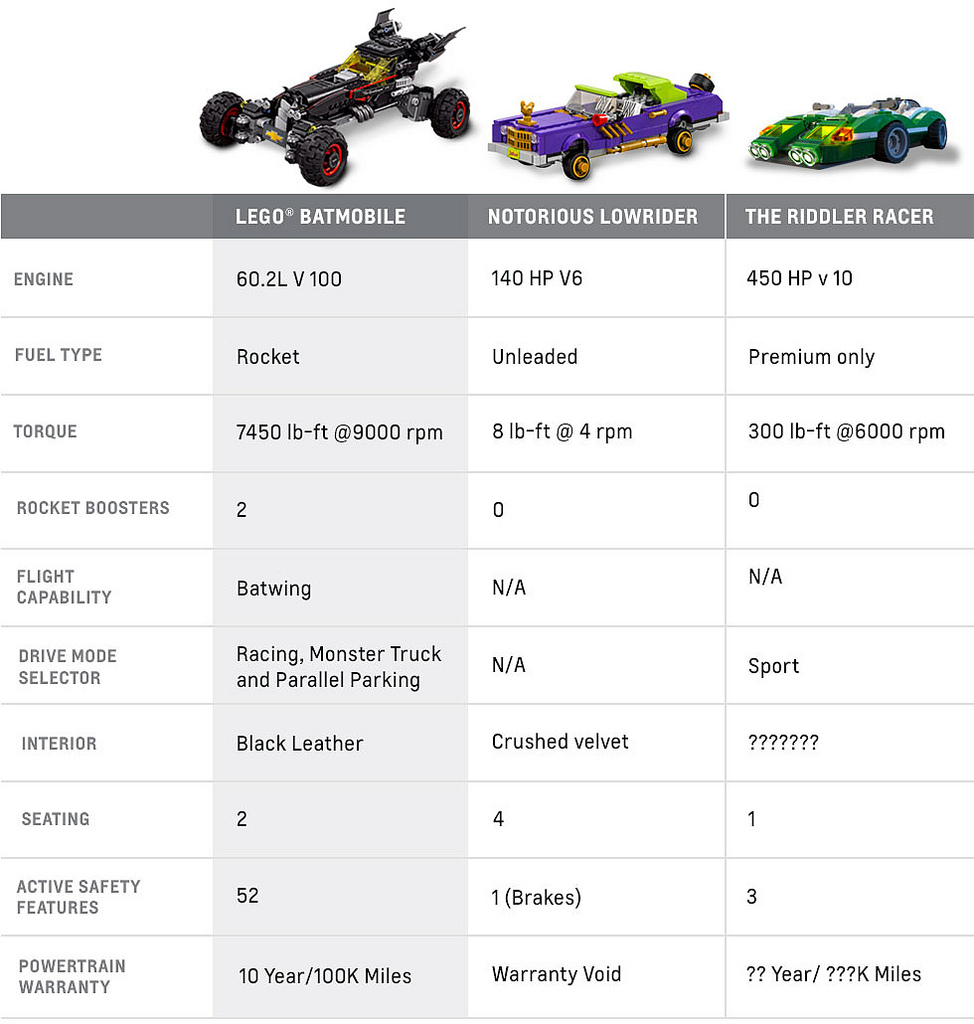 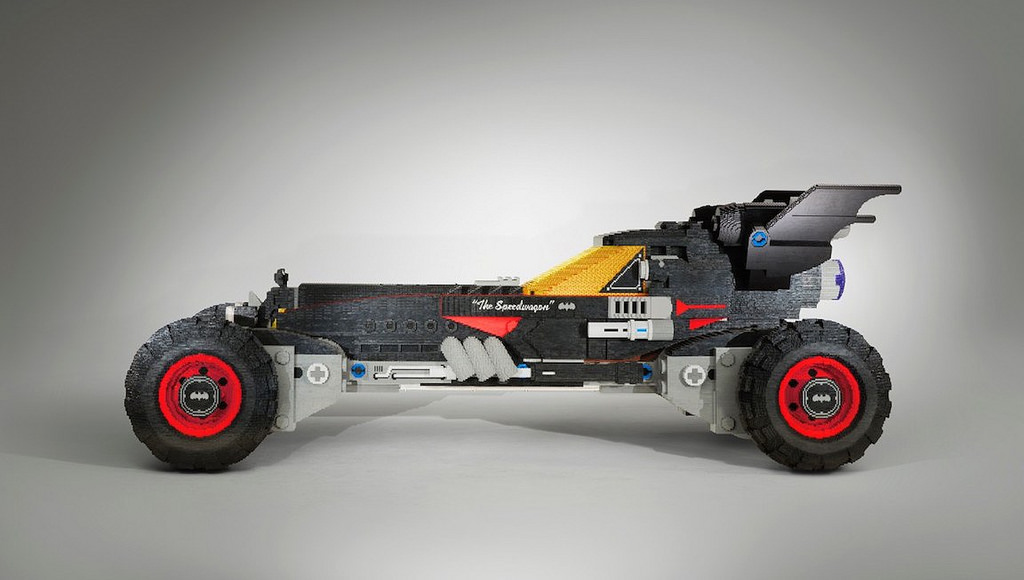 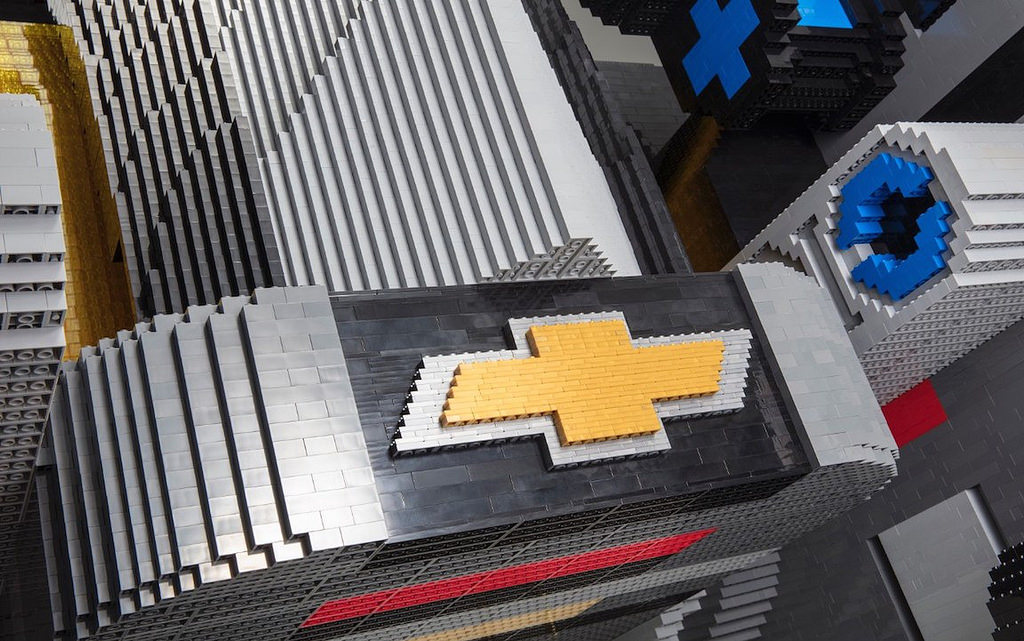