Godzilla is an iconic beast who first appeared in Ishirō Honda‘s 1954 film Godzilla and has remained a feature of Japanese pop culture ever since. There have been many builders who have created a LEGO Godzilla, but this version by 62778grenouille really caught my attention. Firstly, it’s huge. And secondly, it has been built in the most extraordinary manner, using Technic parts that seem to flow into the shape of Godzilla. 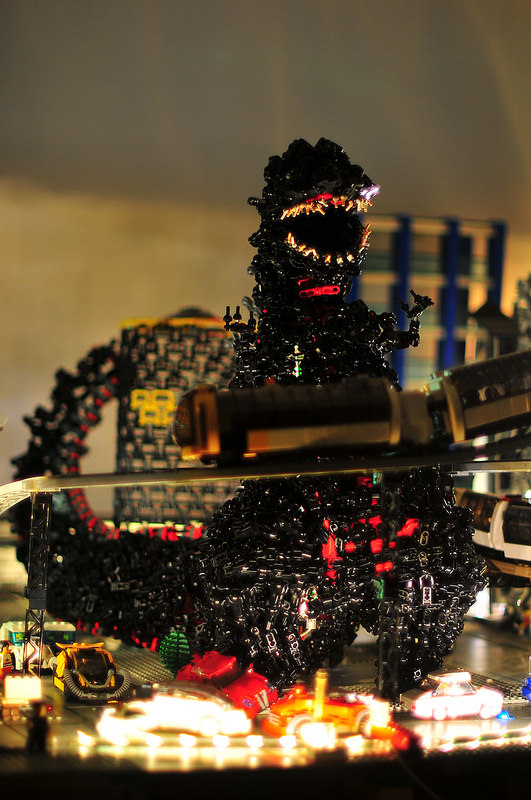 Taking a close look at Godzilla’s head shows the intricate connection of Technic connectors, pins, and ball and socket joints that the builder has used to form this massive beast. Those teeth are white minifigure hands each attached to a bar with clip. 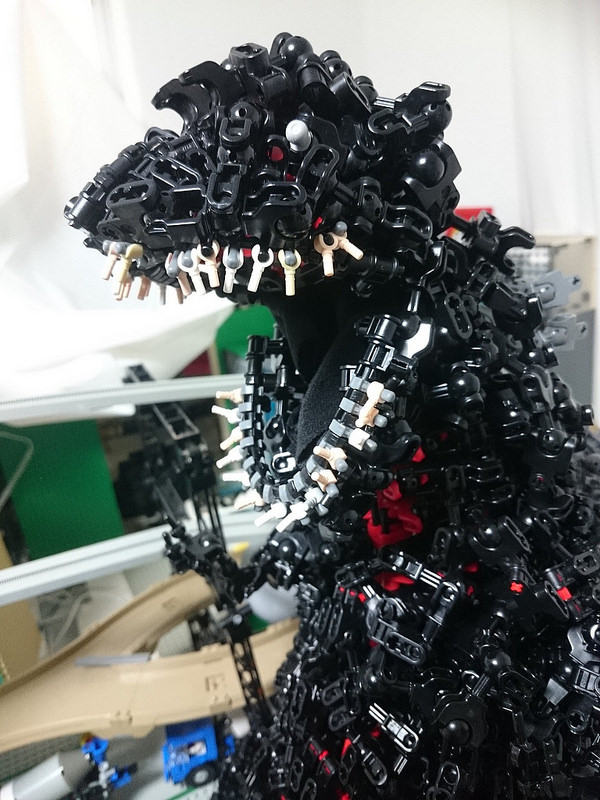 Then there’s the tail, which seems to have a life of its own, winding through the LEGO metropolis. 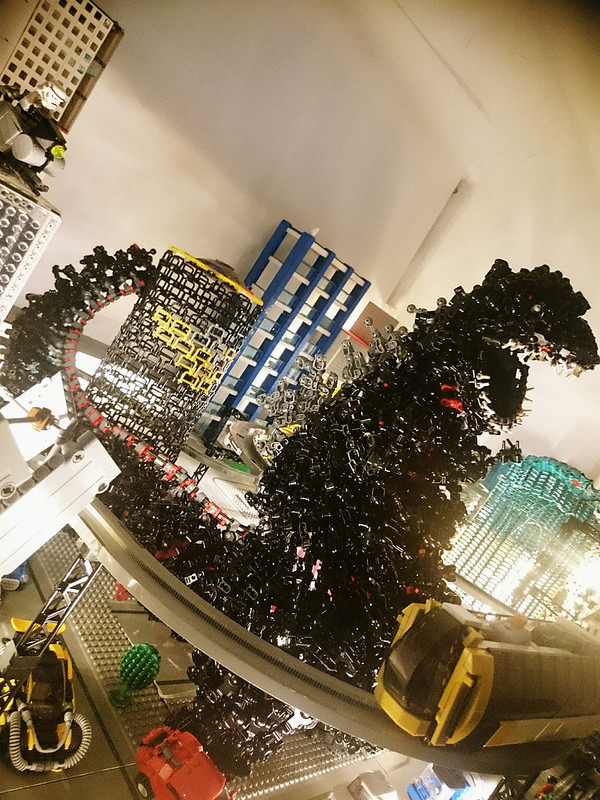 There are other views in the builder’s Godzilla album on Flickr. Personally, I can’t wait to see the instructions for this beast…