As we approach The LEGO Batman Movie‘s February release, LEGO is launching scores of sets to accompany its first feature film of the year and we’ve been covering them as quickly as we can. Today we’re bringing you two more mini sets, 30522 Batman in the Phantom Zone, and 30523 The Joker Training Battle. Both are minifigure scale, unlike the microscale sets we covered recently of The Mini Batmobile and Batwing. Both are expected to retail for $4.99 USD. 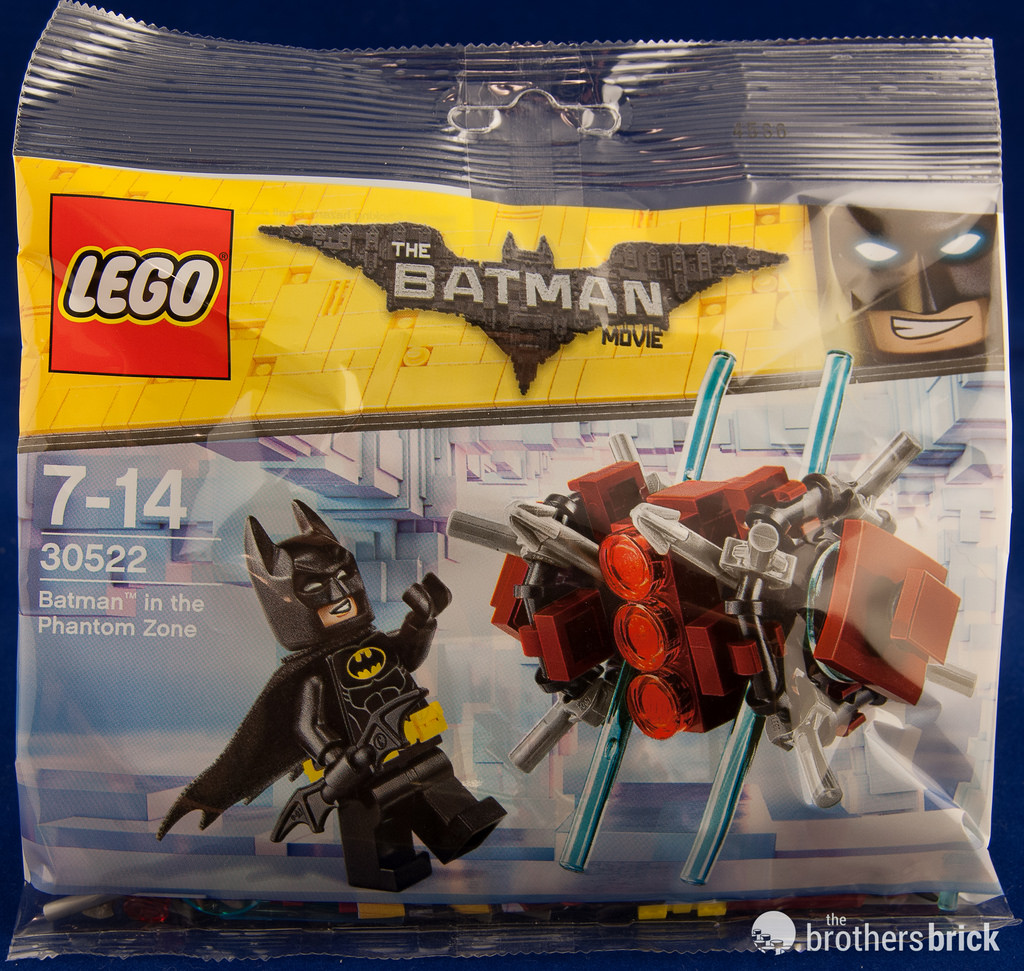 Not having seen the movie yet, I can only speculate that the Phantom Zone is some sort alternate reality that Batman enters while performing his dark and heroic deeds. The set includes Batman, of course, as well as some sort of very spiky robot-like contraption with three red eyes that is presumably an antagonist. 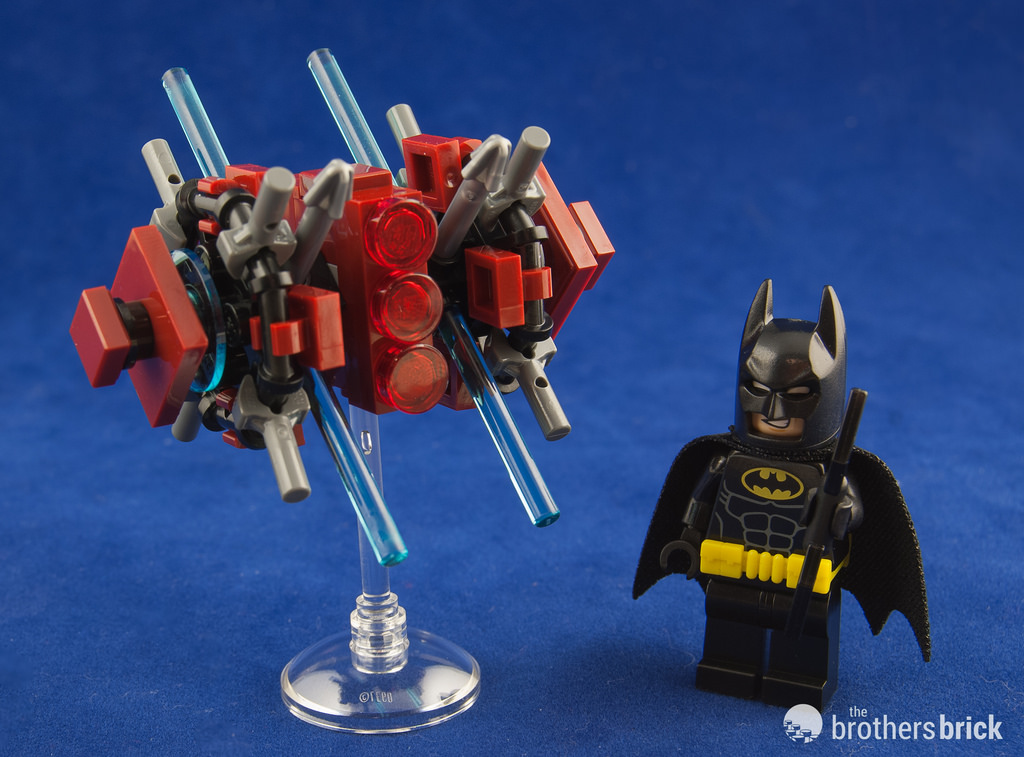 For a 59-piece set, there’s a really solid selection of dark red elements, including eight 1×1 tile clips and four 1×3 plates, as well as two dark red headlight bricks, which have been quite rare in recent years, unless you count expensive sets like Assembly Square or the Death Star. Even though it’s a tiny set, an extra utility belt is still included, just like all the other Batman movie sets. 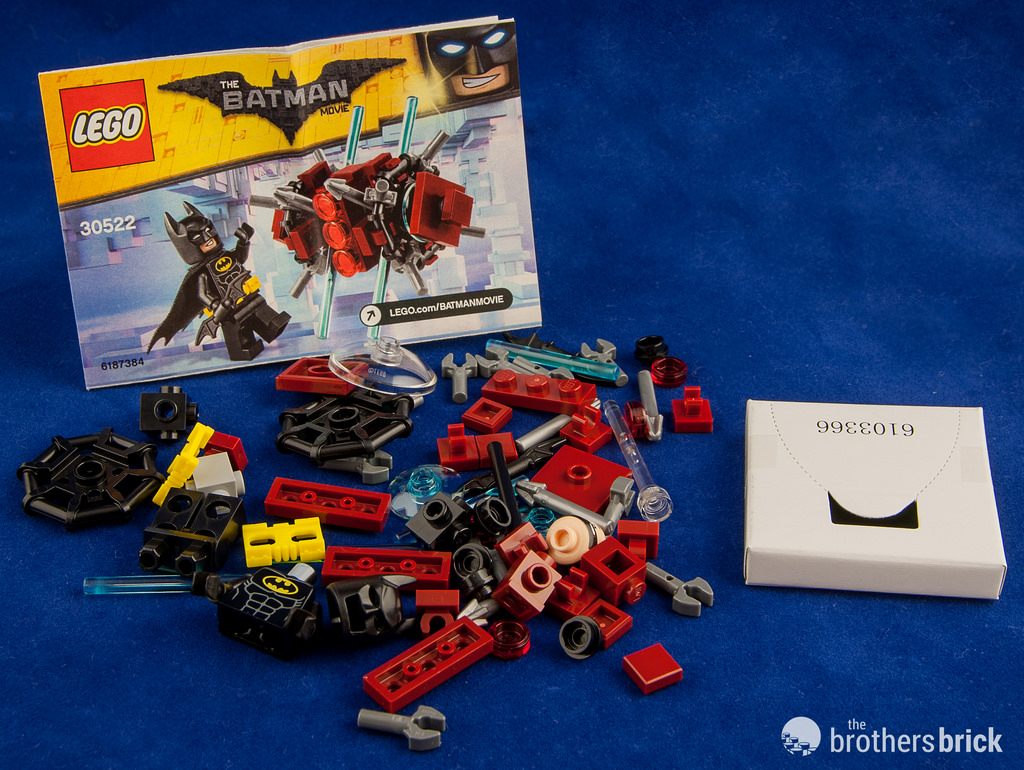 The nemesis-bot is built around two black Travis bricks, and is bristling with harpoons, lightsaber blades, and claws. 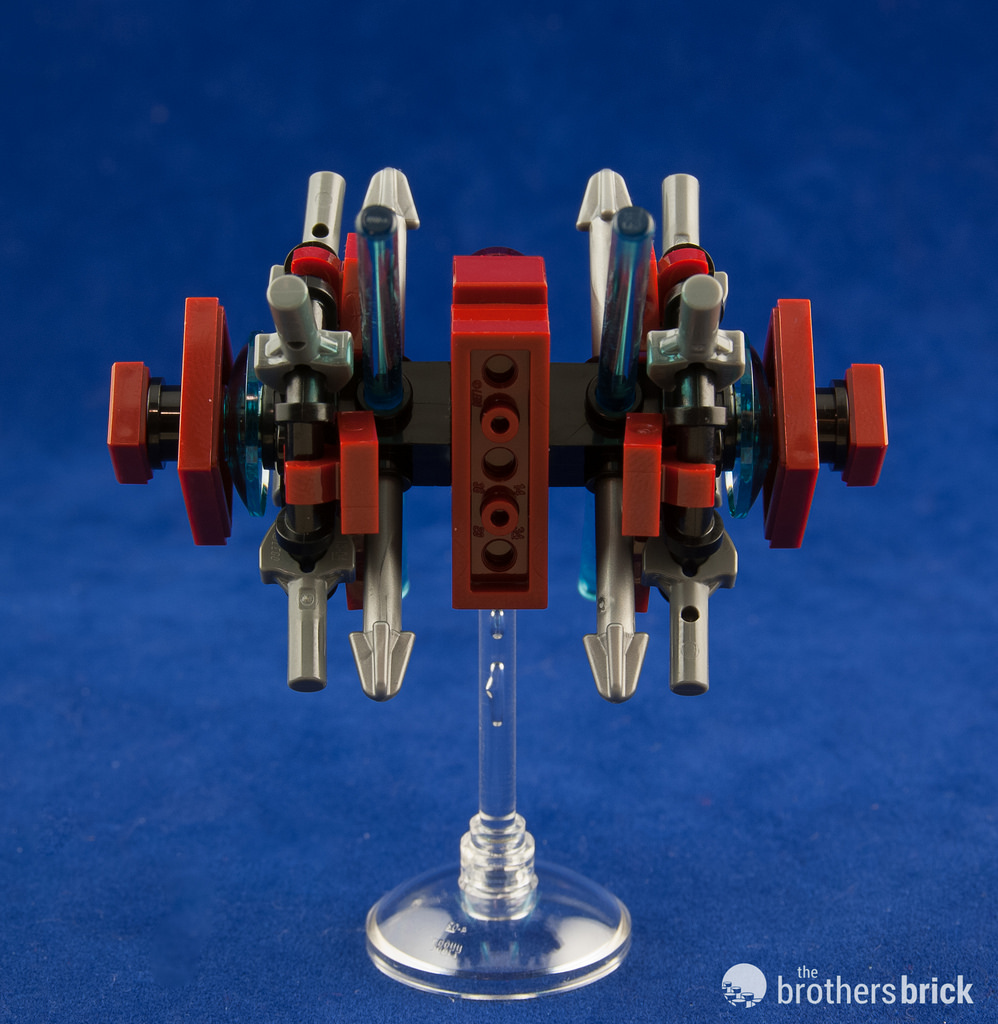 A simple stand made of a 3×3 clear radar dish and a clear antenna is included, indicating that the nemesis-bot clearly flies. 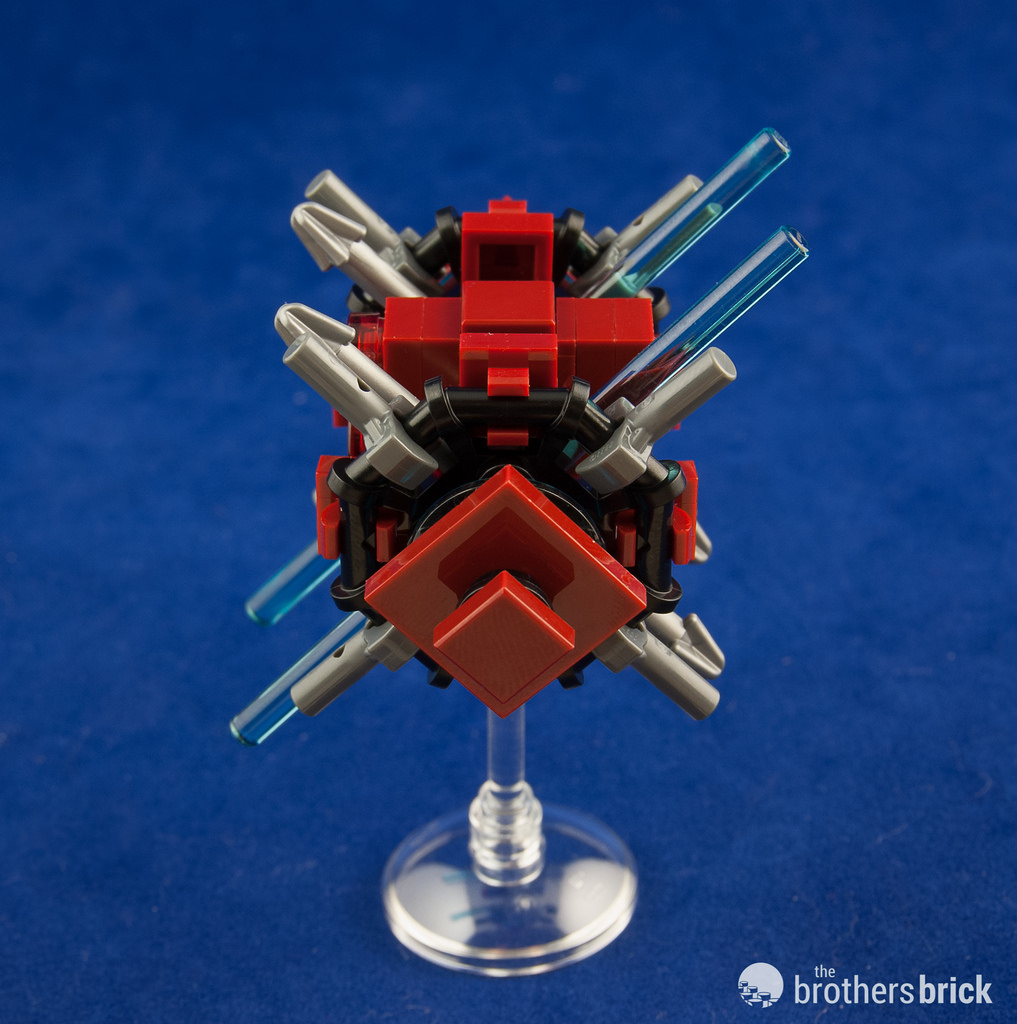 Batman uses the same elements as all the other black-suited versions in The LEGO Batman Movie sets, although the head does change from figure to figure. Here, the lopsided grin and grimace expressions match those found in 70904 Clayface Splat Attack and 70910 Scarecrow Special Delivery. 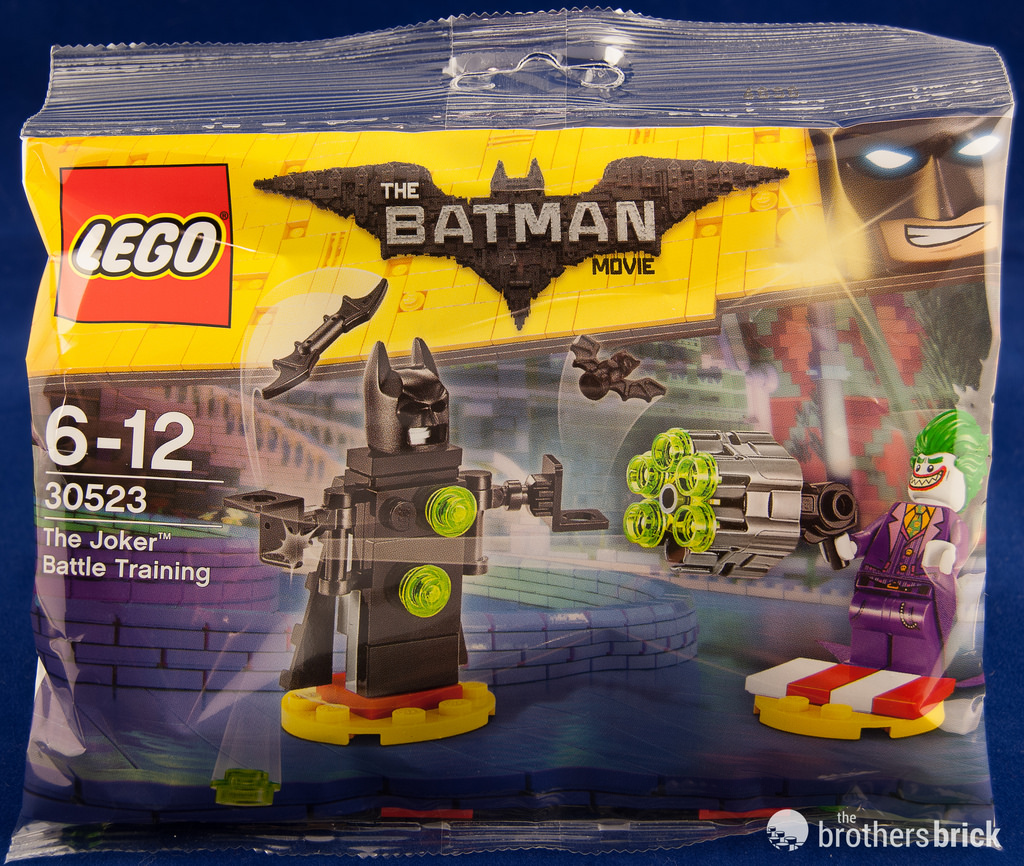 A well-executed reign of chaos takes planning, and the Joker is going to make sure he’s ready for any tricks Batman might fling his way. OK, well, as long as those tricks are bats and batarangs. Really, anything with the prefix bat. Somewhere in his underground lair, the Joker grabbed the biggest gun you’ve ever seen and set up a training batdummy to test his reflexes. 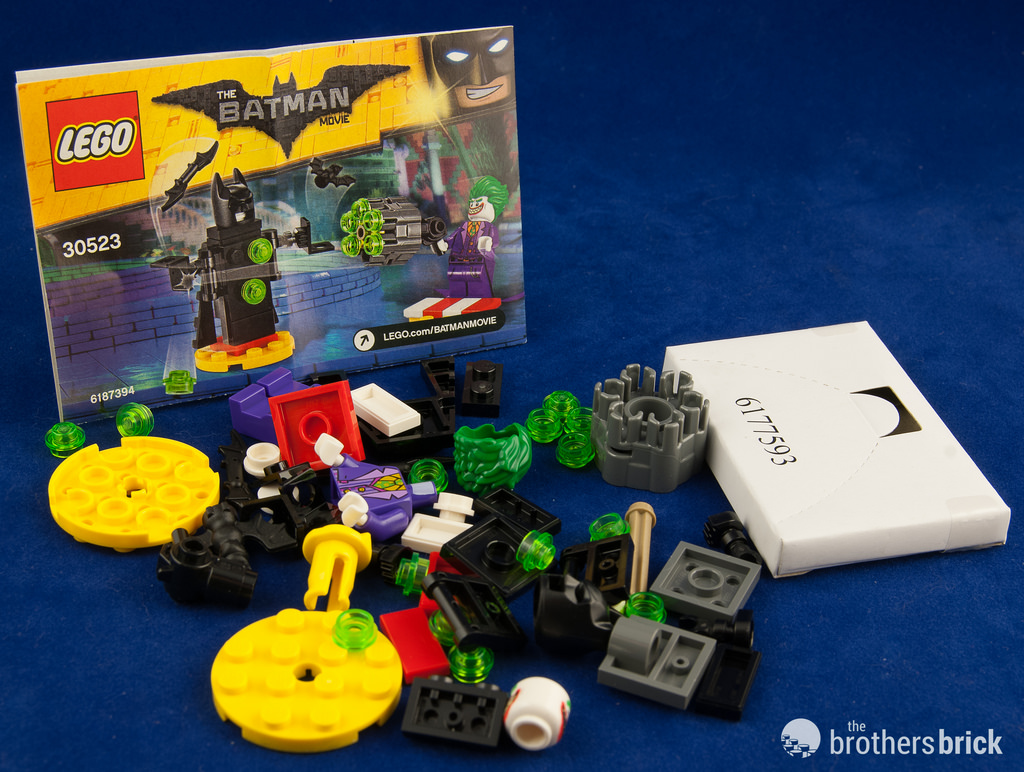 This has a hodgepodge of pieces that are largely not noteworthy, except for that giant cape box. The finished model is pretty good, considering the size of this set. You’ll get the batdummy, the Joker with his six-shooter of doom, and bases for both. As is always the case with those giant spinning stud-shooters, extra ammo is included for when you inevitably lose some behind the couch. 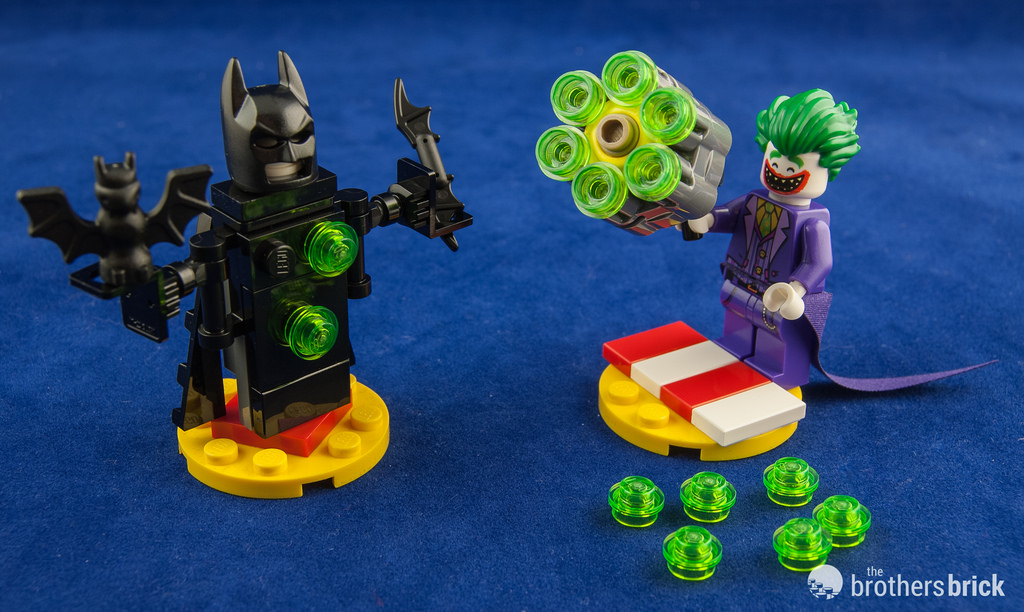 The training batdummy is mounted on a swivel, so it spins when hit. The arms just balance the bat and batarang, and the batcowl rests on a white stud and white 1×1 round tile, allowing them each to be knocked loose with a solid hit from one of the transparent bright green studs. Several of the ammo pieces can be attached to the dummy to signal prior hits, as shown above. 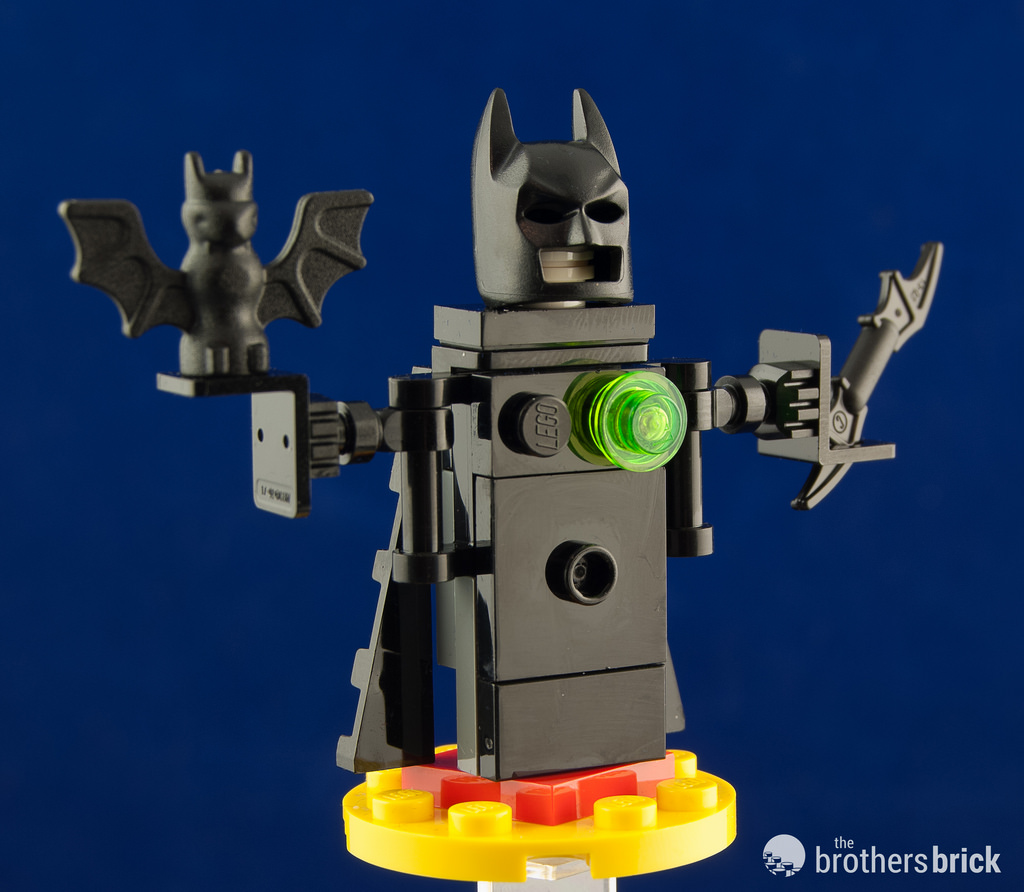 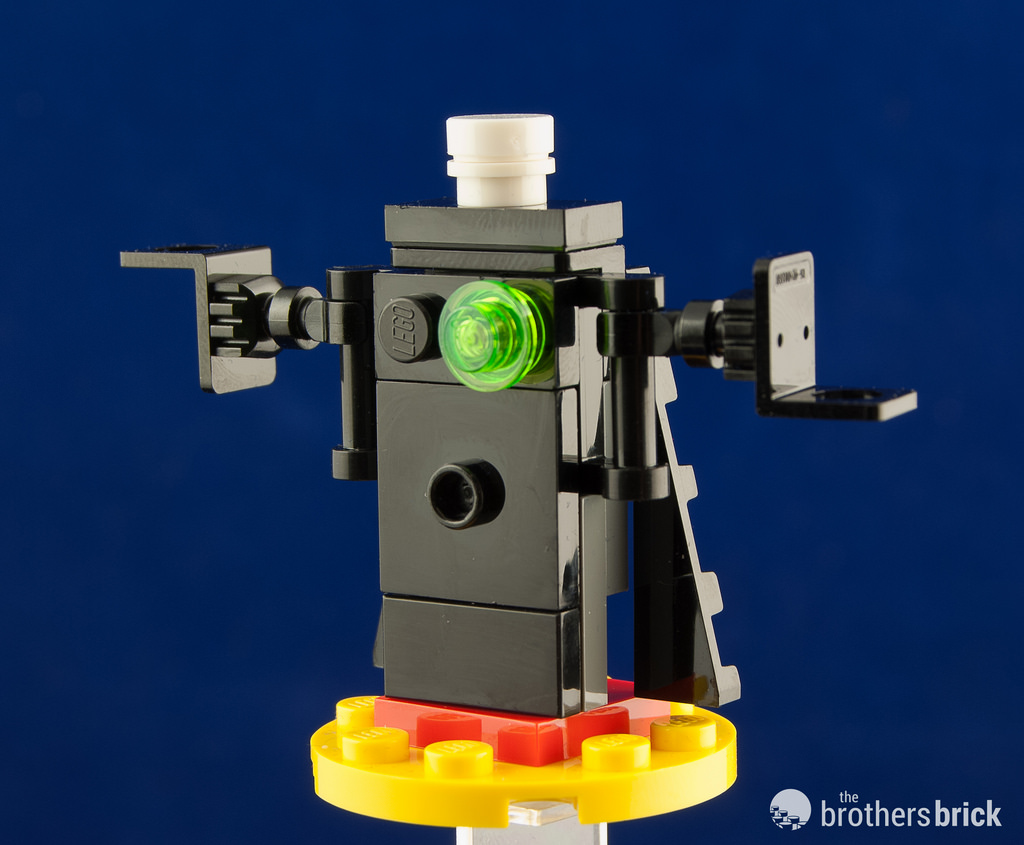 The Joker is the same version included in 70900 The Joker Balloon Escape, with long flowing coattails and a unnervingly toothy grin. 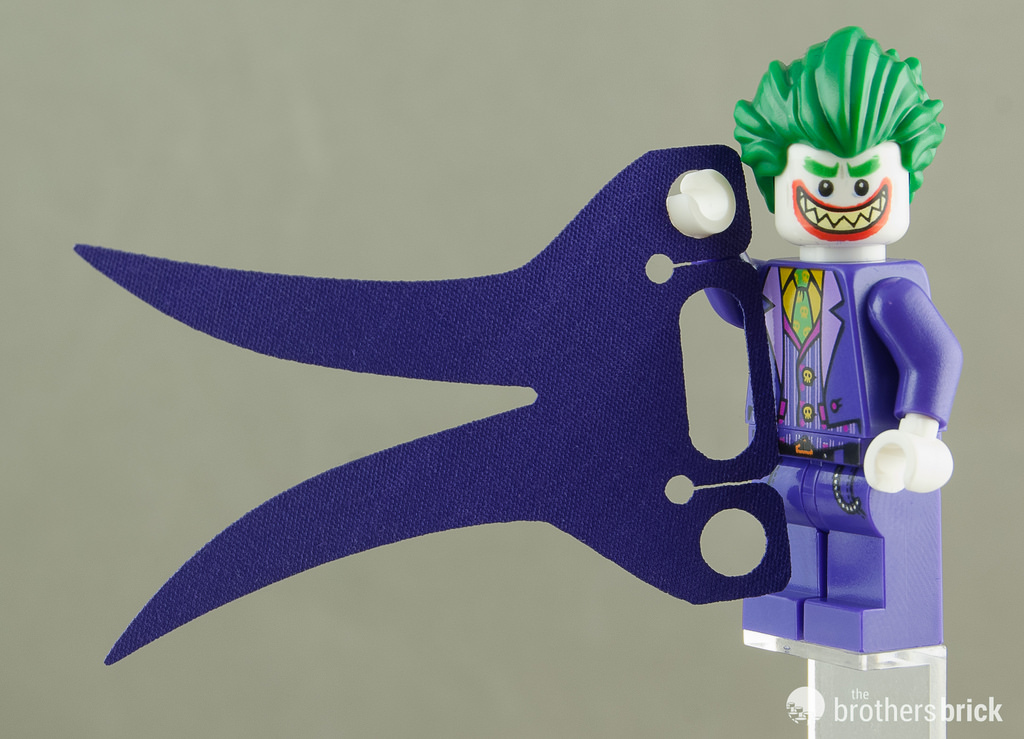 The Joker wears the same purple vest and green tie as in 70906 The Joker Notorious Lowrider, but with a purple tailcoat over the top. Sadly, the printing quality here isn’t as nice as on that figure, with the yellow and green looking a bit washed out and the outlines less sharp. The torso design continues onto the legs, but the torso lacks back printing. 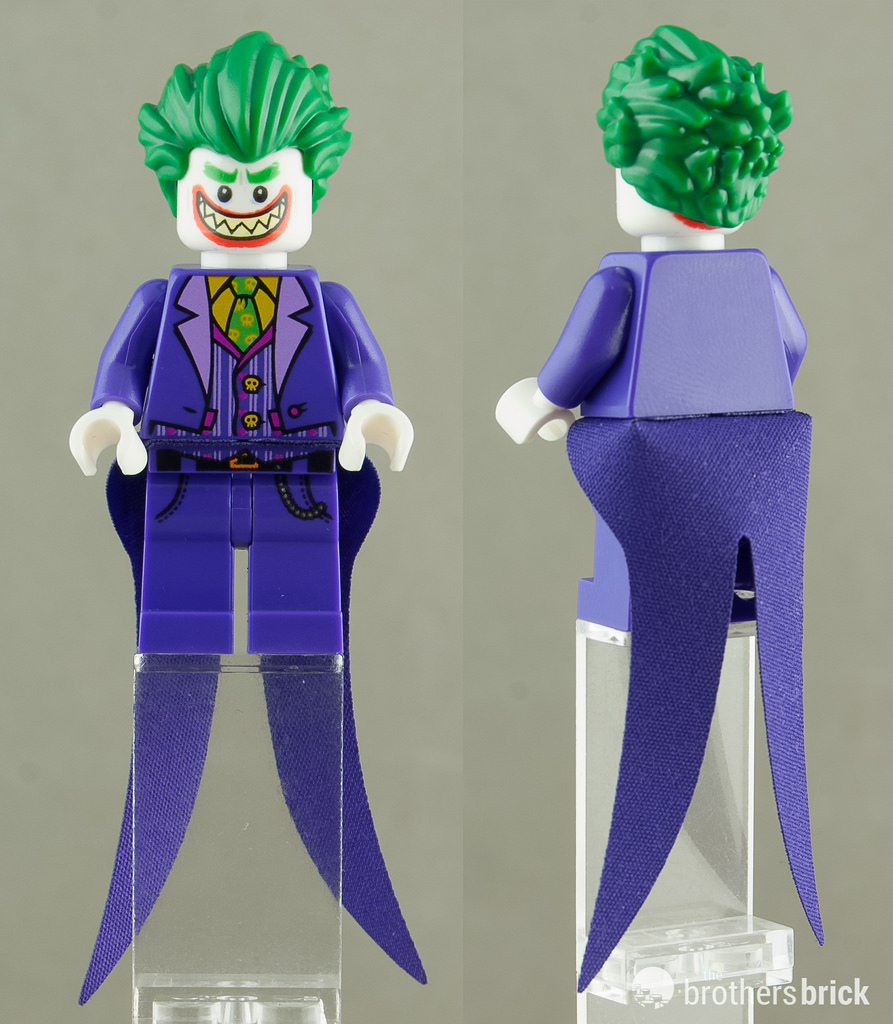 The joker’s face is double sided, with the reverse showing a disarmingly cute version of the same grin. 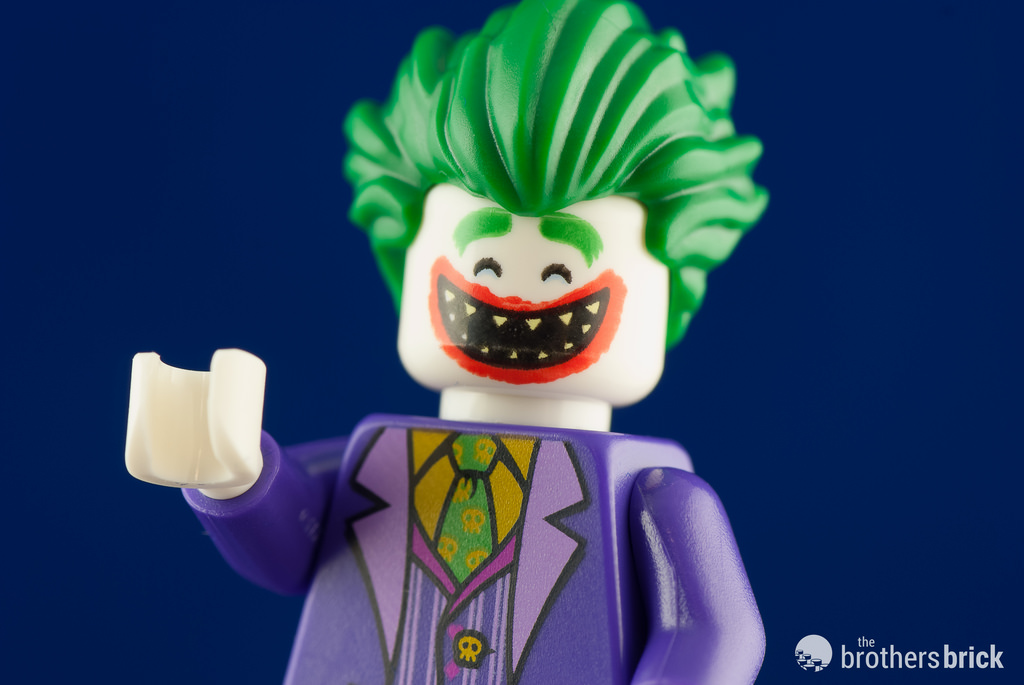 Both sets are beginning to show up in stores now, although as is the case with most small bagged sets, availability varies. You can always pick them up online if you’re willing to pay a little extra.

The LEGO Group sent The Brothers Brick copies of these sets for review. Providing TBB with products for review guarantees neither coverage nor positive reviews.