The inspiration for this exquisite mech is a cross between The Black Knight from the LEGO NEXO Knights theme and Kevin Low’s love for Gundam mecha. It’s fashioned to Kevin’s own interpretation, and inspired by the Mobile Suit Gundam Iron Blood Orphans animated series. Not counting parts, which he estimates to be about 600 in all, it stands about 32 studs tall — a sturdy and highly posable build. 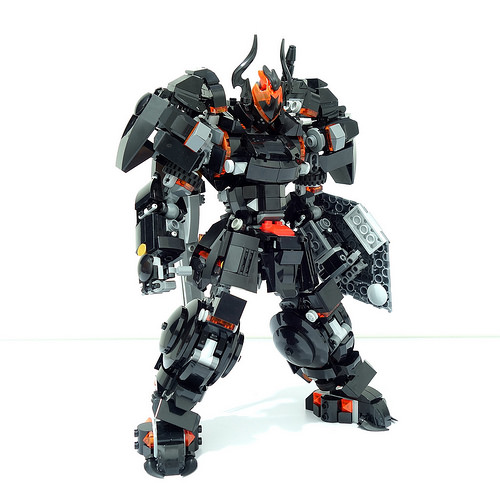 I particularly like how the trans-orange pieces are used and just ever-so-slightly exposed to give a feel of a slow burn and energy from within the mech suit.

For the inspired up-and-coming mecha builders out there, here’s a rare chance to peek at a clever construction. Hop over to a brief video showing the build for key parts of how the LEGO creation was assembled.