The classic Star Wars video game Battlefront comes to life in this enormous diorama by Markus. Markus spent 10 months assembling 250,000 bricks and LEGO Star Wars minifigs into a diorama that measures 2.5 x 1.5 meters (8.2 x 5 feet). Unlike many of the all-white Hoth dioramas we’ve featured here over the years, the patchy snow results in a bit more texture against the underlying rock. 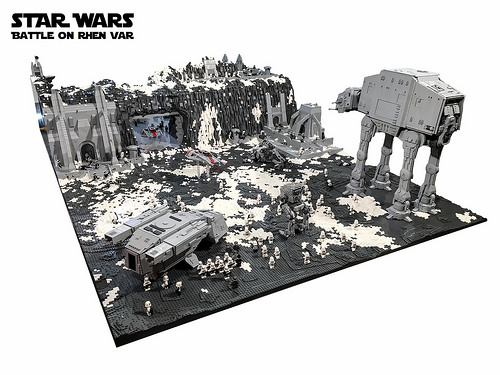 In addition to the large exterior battle scene with Imperial walkers and landers, the diorama includes a rock-hewn Rebel hangar with X-wings, Y-wings, and speeders. 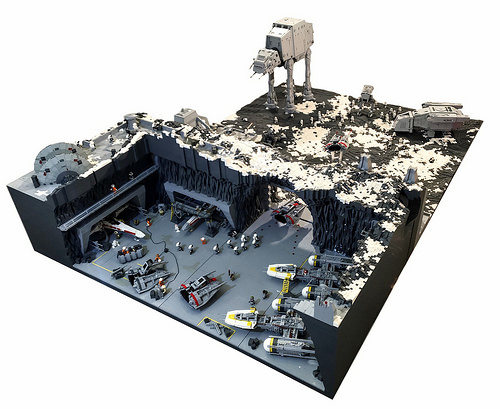 Here’s a closer look at the hangar. Markus took inspiration for many of his vehicles from other LEGO Star Wars builders, including the stellar designs of Mike Psiaki, Brickwright, and Larry Lars.

The command center hums with activity as the Rebels attempt to fend off the Empire. 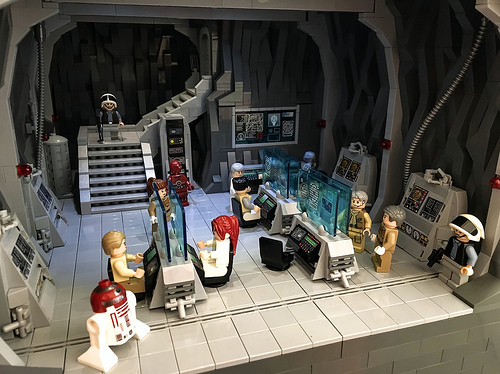