I’ve been inspired lately to build some near-future space vehicles, and so I’ve got at least a couple of vessels in the works. But the first step of space travel is always getting off the planet. This space shuttle, the Indefatigable, is designed to carry payloads to orbit, where they can be assembled into a much larger craft. The shuttle is designed for undergoing the rigors of liftoff, while a vessel capable of interplanetary travel may not be. 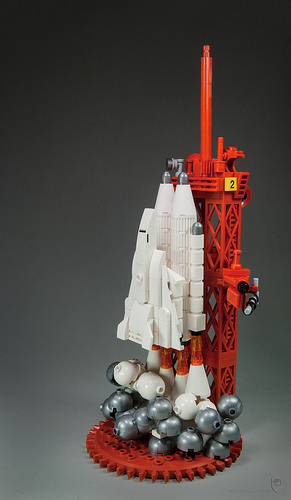 I generally avoid using stickers, often not even applying them to official models. However, this model really needed a tiny detail for the cockpit, and there’s no way to achieve that with bricks, since the area is just too small. So, a few carefully cut official LEGO stickers work well to mimic cockpit windows. 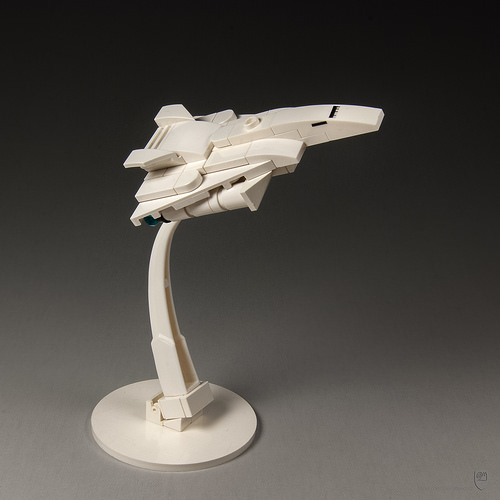