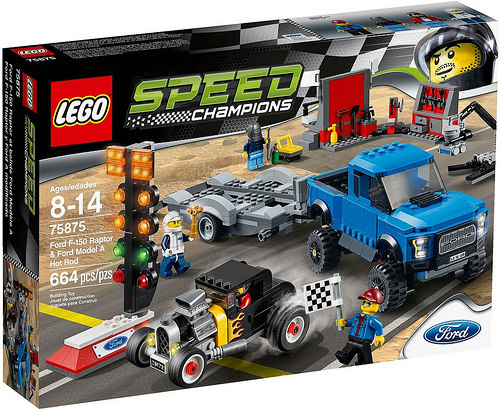 The best place to start is with that modified Ford Model A. It’s the highlight of the set and makes the entire set worth a purchase. I’m absolutely floored by LEGO’s efforts here. They got the look and feel of the car spot on at this relatively small scale while still being an extremely sturdy build. There’s some drawbacks – like an extreme forward rake – thanks to a beefy back section, and an engine intake which is comically tall. But it’s nothing too major. 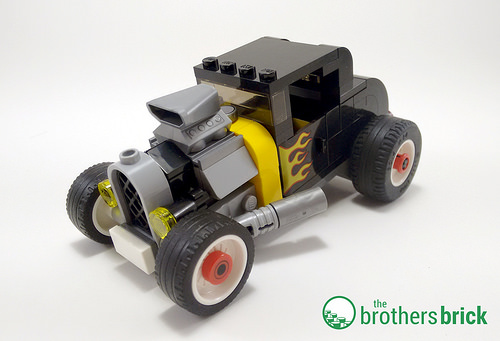 Although I’ve chosen to leave all stickers off this set, you may notice some detailing such as the black dots on the circular 1X1 tiles on the front wheels, the new silver “jar lids” we first saw in the 76052 Batman Classic TV Series Batcave, and those awesome flame door pieces. All of these are prints and we wouldn’t be surprised if those doors shoot up in price when this set leaves shelves.

Lastly, there’s an entire separate engine included and a bit of a play feature where you can switch them using a trolley and an engine jack. The second engine is far less appealing, in my opinion. But this is a nice extra feature. 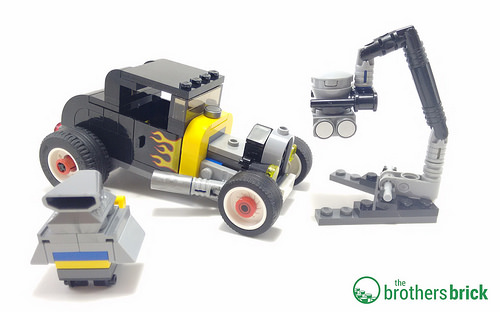 The other car here is far less impressive, in build at least. It’s an extremely blue Ford F-150 Raptor. Where the Model A pulled off so many of its features with bricks alone, the Raptor depends heavily on stickers. Looking at my version without them against the promotional images, there’s a massive difference.

But while the Raptor falls down in looking like its real life counterpart, it does work extremely well as an oversized City-scale truck. I’m really dissapointed in the fact that this build turns out so big, takes up so many pieces, and can still only fit a single minifig in the cab. I do understand that this sacrifice is needed to make it sturdy for kids, but it’s still irritating.

Speaking of kids (and kids in adult bodies like me) the Raptor has a nice party trick: independent suspension. While this is achieved by rather obvious red rubber bands, I think it’s acceptable in this case as they are right underneath the car. 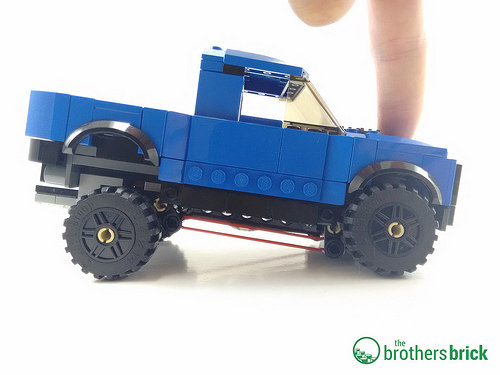 You can combine both vehicles with the trailer also included in the set. It’s perfectly utilitarian with lifting skids in the back and retractable feet in the front. The Model A can drive up the back, get secured and be towed around by the Raptor. it works, but it’s not terribly exciting. 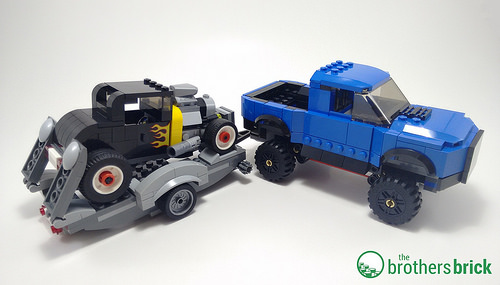 While the cars may be the main draw here, the combination podium / workshop is a really nice addition. You get a place to pose your driver in the front and a place to work on the cars in the back. It’s not going to set the world on fire, but it works well enough and the clever little builds (like the drill press and table clamp) are elements you’ll want to steal for your MOCs. 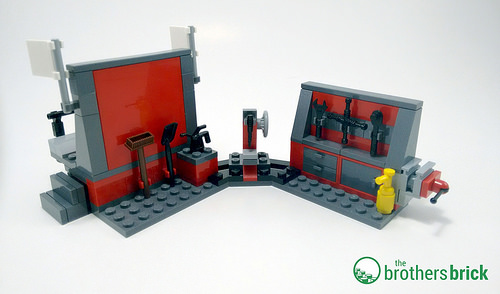 The final build here is a “Christmas tree” racing light typically seen in drag races. Using the frying pan pieces as light fixtures was a good idea, but turning them around to indicate the lights changing is time consuming and some simpler, faster method like the ones used in the lights of 75912 Porsche 911 GT Finish Line would have been a better fit. 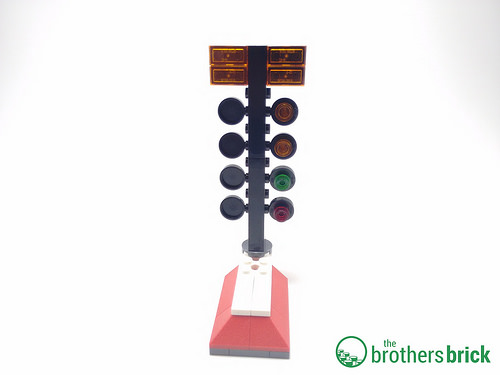 Finally, the minifigs are superb. Not only are you getting two torsos branded with official Ford logos (undershirt varient being my particular favourite) but you also get a great piece in a welder’s helmet. While this is the same mould as the helmet from the welder in Collectible Minifigure Series 11, it has no print indicating a visor. Some people may find this attractive, but it looks odd to me, like this minifig is the Man in the Iron Mask instead of a mechanic! Regardless, it’s great to have this piece in a set.

Overall, I can suggest this set to almost anyone. Kids will love the playability of the Raptor and us older folks can enjoy the beauty of the Model A and bounty of printed pieces. This really is a triumph of a set. 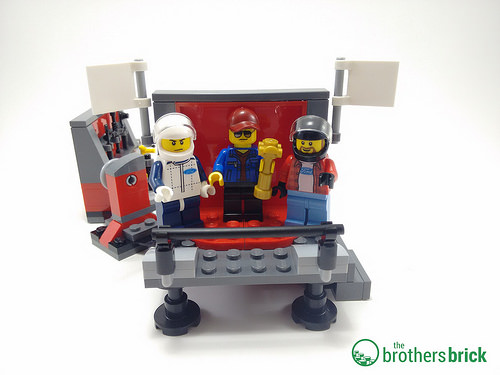