Sometimes you just want to sit back, enjoy a delicious meal, and watch animatronic robots gyrate and pivot in place to cheesy music. Well, I guess some people like that kind of thing. Those of you who do are in luck because Charis Stella has built a stunningly detailed, steam-powered display! This build is chock-full of interesting details and best of all, it actually moves! Can’t you just hear the music? 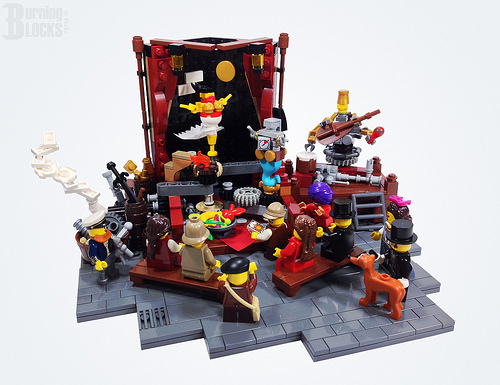 Charis built her steampunk contraption and her Buhar spider walker for the Bricks & Boilers Exposition contest over on Flickr. The contest has some amazing prizes, including Ninjago sets, Crazy Bricks accessories, and signed copies of the Empire of Steam trilogy written by TBB’s own Rod Gillies! The contest runs through midnight on May 1st so there’s still a little time left to join the mayhem.