Here we go with a couple more brilliant vehicles inspired by the concept art of Ian McQue. I think there are two great reasons builders seem to love McQue’s work. First, it looks “dirty,” like something you could find in the industrial zones of any city — near the water or not. Industrial spaces are functionally the opposite of luxury spaces. And second, McQue’s hovering boats represent a kind of palpable halfway point between now and later. It’s obviously the future in his paintings, but it doesn’t look too much different than now. It’s easy to get a feel for what belongs in that world and what doesn’t. 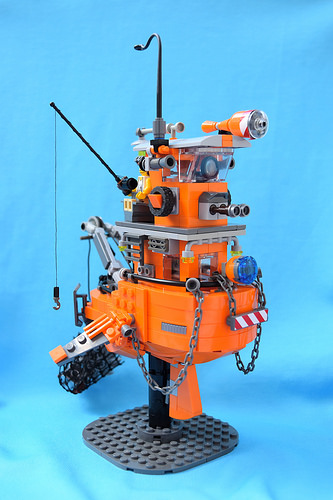 British builder redfern1950s has captured the airship feel very well with his two latest models. The orange one fits the industrial style very well, featuring plenty of lights, sirens, and other safety devices protecting simple hooks and pulleys. The red one is more of a throwback to a previous generation, more steampunk than dieselpunk. But both have the flaps and chains and lamps that make the skies seem a little more weird than they used to. 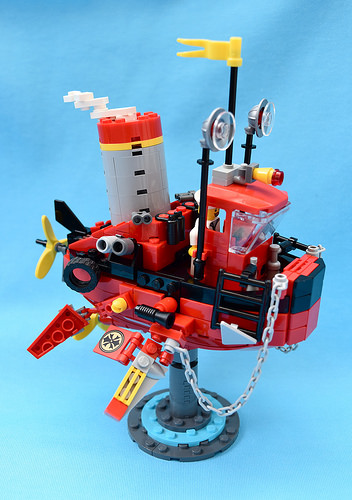