The short independent film Keloid depicts a very different world from the one we know. In the film, society has come to rely on an intricate network of artificial intelligence devices designed to bring efficacy and then control. Devid VII has recreated the Militech Weapons Platfom and accompanying drones from the film in LEGO.

Devid’s weapons platform is a fantastic combination of menacing robotic features, weaponry and the intimidating sense that ‘Big Brother’ is watching. I particularly love the use of Mixels joints at the ‘ankle’ as it looks cool, adds function and also accurately reflects the film. 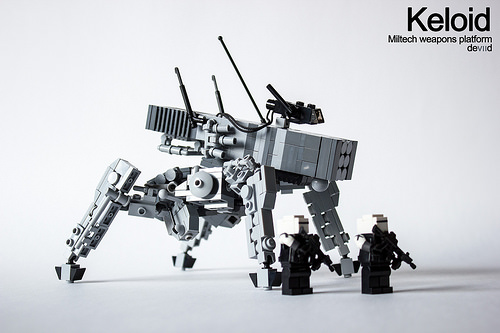 This second view uses depth of field nicely to focus on the impassive drones in front of the weapons platform. The use of minifigure parts mixed with brick heads is perfect to mimic the film’s drones who have big metallic blank faces and eyes that never really look at anything. 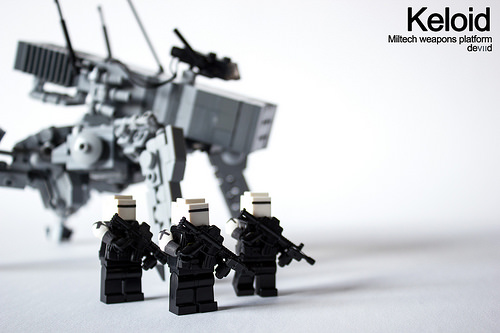 With sci-fi,  artificial intelligence, a 1984-esque oppressive future and LEGO, Devid has served me a perfect cocktail …cheers!