Thanks to flickr user Jim van Gulik, we now have photos of several of LEGO’s newest big Technic sets (see the others after the jump). We can’t confirm the precise set name yet, but it’s set number 42056, and is a Porsche 911 wrapped in zebra test patterns (used by auto manufacturers to disguise the outlines of an unreleased vehicle). Some sources say that the test pattern will not be included in the final model, though. You can bet that this will be an expensive set, clocking in well over $100 USD.(Update: You can now read our review of the Porsche 911 GT3 RS.) 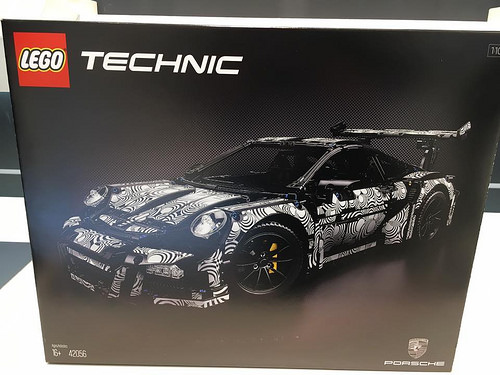 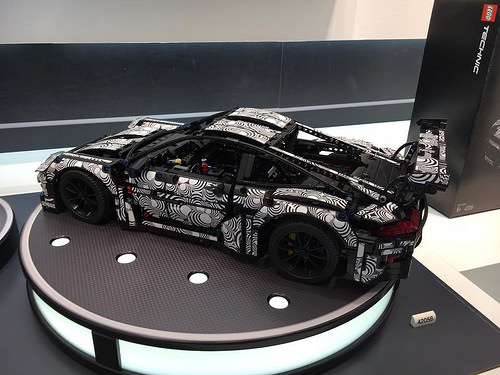 HobbyMedia brings us this 360 view, as well:

Other sets revealed at the London and Nuremburg toy fairs include 42055 Bucket Wheel Excavator and 42054 Class Xerion 5000 Trac VC. 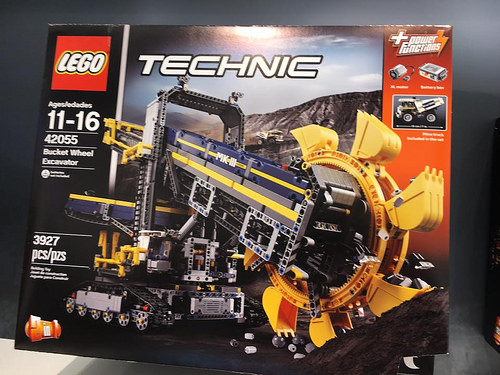 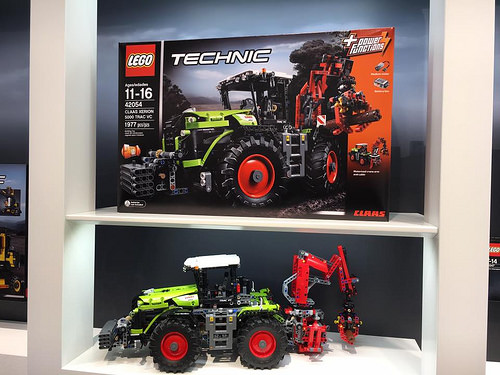 Brickjournal and HobbyMedia bring us these excellent videos of the tractor and the bucket excavator’s features being demonstrated.