Builder nobu_tary pumping out awesome creations is no surprise, but the Internet fame that has been bestowed upon a relatively minor character in Star Wars: The Force Awakens is. Commonly referred to as TR-8R (pronounced ‘Traitor’) this was a Stormtrooper that had an ultimately tiny role and less than a minute of screen time. Yet the Internet has deemed him the darling character of the film and created (in addition to his unofficial name) an entire mythos around him. 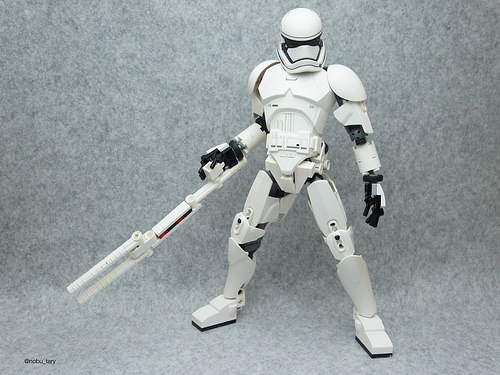 While it has been postulated that the character of TR-8R has more colour in the novelisation of The Force Awakens, we have this LEGO version to gawk over until that is confirmed. It should be noted that this recreation is actually a heavily modified version of LEGO’s new First Order Stormtrooper action figure set. Nevertheless, the mods are a great improvement over the original. The builder even transformed the set into a Heavy Gunner: 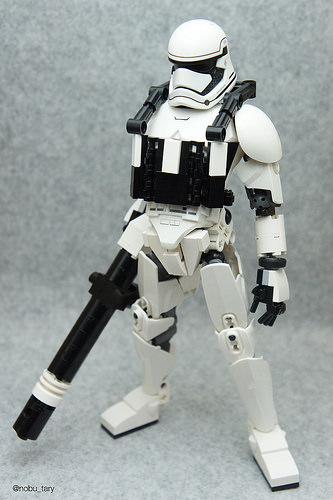