Cast your mind back to 2005-08 and you may remember an American animated television series called Avatar: The Last Airbender, on Nickelodeon.  Firstly we have John Moffat bringing the main characters from the series to life in LEGO form. 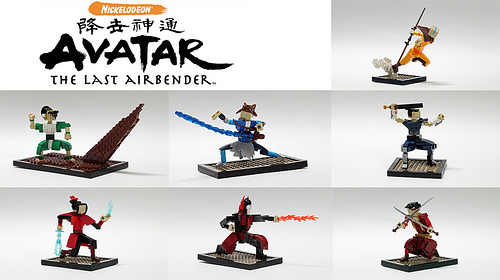 The Avatar animation series was set in a fantasy world in which some people are able to manipulate the basic elements of air, water, fire and earth by use of psychokinetic variants of Chinese martial arts, known as “bending”. Aang, the twelve-year-old, fun-loving, airbending protagonist of the series can be seen in more detail below… The body positioning with martial art poses is fantastic for these small characters. 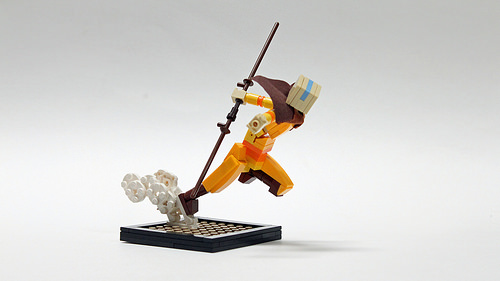 In addition, Jme Wheeler brings one of the faithful companions, Appa the loyal sky bison of Aang, to life once more in LEGO form. 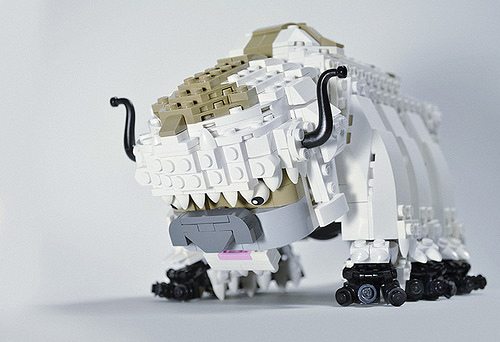 Jme Wheeler captures the character of Appa with a very accurate colour palette with studs to show  “shaggy ” fur, and great use of part 49668  (1×1 plate with tooth). The positioning is a classic bison head down. Look at that nose and those strong legs ready to charge — the only slight difference being…this bison can fly!

2 comments on “Avatar: The Last Airbender takes to the sky in LEGO form”