2015 is an exciting year for Star Wars fans, with The Force Awakens coming to theaters and a long-awaited new entry in the Star Wars Battlefront series of games. I’ve been having a blast playing the new Battlefront on Xbox, so I was inspired to expand my arsenal of gaming weapons with the classic E-11 Blaster Rifle. 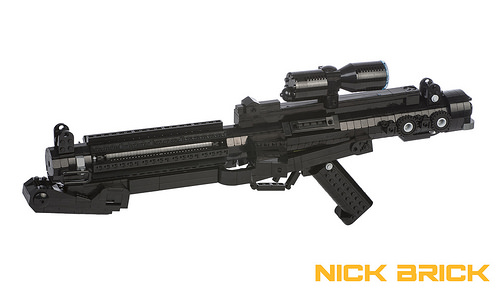 Battlefront was lovingly crafted by EA Dice to be true to the Star Wars original trilogy (they took 3D scans of the original props to create their digital counterparts), so I trusted that their in-game model of the E-11 was accurate enough to build from. For scale reference, I used the dimensions of a Sterling SMG, the gun from which the original E-11 film props were built. Working features on the LEGO replica include a moving trigger and a folding stock.

Finally, I’ll leave you with a first person perspective view. It should appear familiar to those who have played Battlefront. 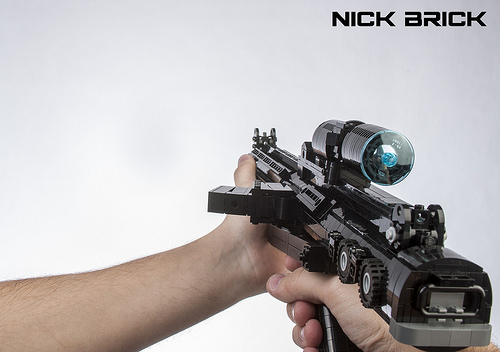 1 comment on “The E-11 blaster: a life-size Star Wars prop made of LEGO (because nothing beats a good blaster at your side)”