One of the most enjoyable aspects of LEGO is the fact that anyone can build with it – either alone or with a friend. Collaborations between builders often yield tremendous results, and this collaboration between Paul Trach and Markus Aspacher is the perfect example of successful team brick-building. Coordinating from 600km away, Markus in Austria and Paul in Germany divided the four films of the Jurassic Park franchise – including the recent blockbuster Jurassic World – into a massive and stunning dinosaur display.

Paul and Marcus recently displayed their collaboration at the Bricking Bavaria Munich convention, where it rightfully took home the coveted Best in Show award. Although on site it appeared to be one single piece (as it does above), the layout is actually four sections. Each builder constructed two portions representing two of the films. The first section, Jurassic Park, was built by Markus: 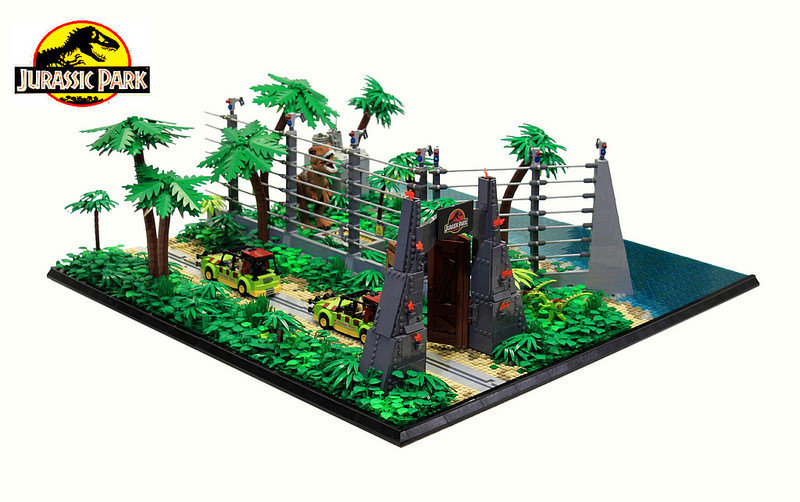 This section depicts the iconic T-Rex vs Goat scene, which has been giving vegetarians nightmares since 1993. Iconic gates, dense foliage, inadequately protective dinosaur fences, and the first portion of a sublime water technique (that connects each section together, starting here) introduce viewers to this layout. 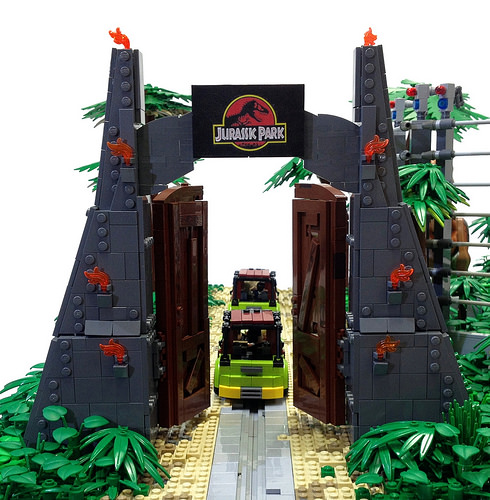 The second section, built by Paul, depicts the second film, The Lost World. In this portion we see the T-Rex attack on the trailer containing heartthrob Jeff Goldblum, and proof that one only needs gymnastics to defeat Velociraptors. 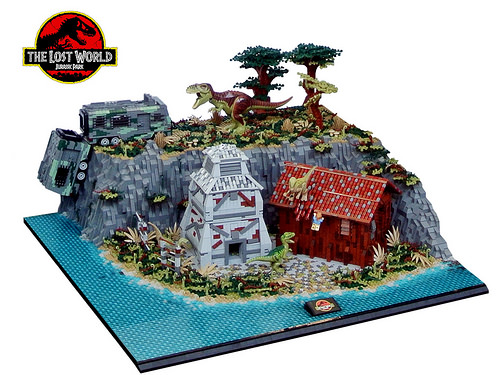 “We have been thinking about that project for more than a year, but started building it only three months ago. Our aim was to build an impressive and popular display to represent our LUG [Imperium der Steine] at the “Bricking Bavaria” exhibition. The upcoming JW movie seemed legit, because as everybody knows, kids love dinosaurs.” -Paul Trach 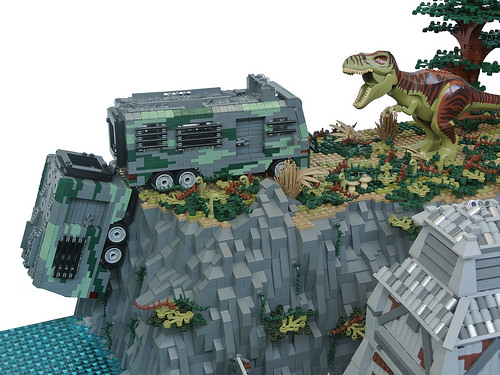 The third section (built by Markus) depicts the installment we all wish we could forget, Jurassic Park III. Kudos for the pair’s decision to not just skip that one altogether. That being said, Markus made the best of the bad movie situation and constructed its only iconic scene, the Aviary – built with truly monstrous proportions. 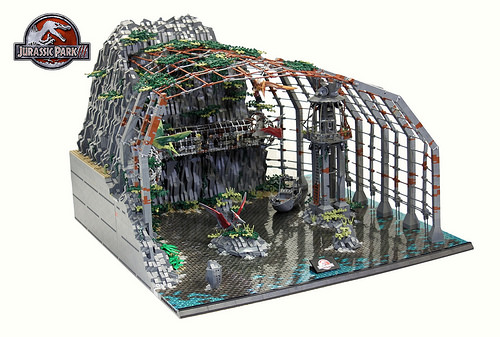 “The biggest challenge was the mountain, we [were] a little bit [scared] [it] would not fit exactly together but it was perfect when we [assembled] the modules. The feedback from the people [was] so great! Can’t believe they [loved] this MOC so [much]. And the best were the children with a big smile on their face!” – Markus Aspacher 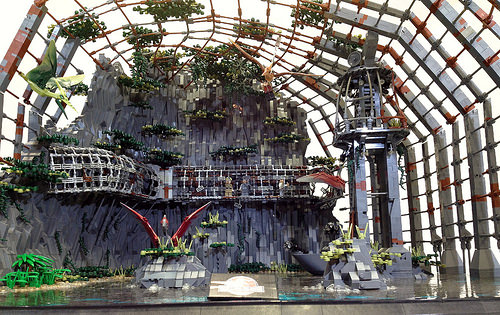 The fourth and final section of the collaboration depicts the fourth film, this year’s highest grossing box office hit, Jurassic World. This portion shows one of the most memorable scenes, that of the Mosasaurus feeding: 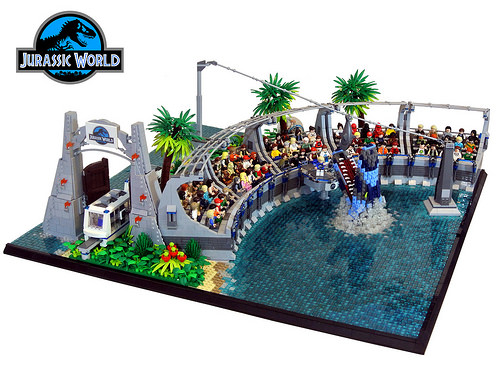 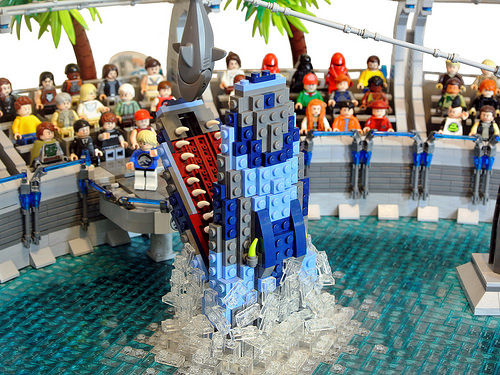 Echoing the start of the layout, this section ends with another Jurassic gate, giving the viewer a sense of completion. The eloquently curved spectator stand depicts the now thriving theme park shown in the film – a theme park that will surely have a happy ending! I mean what could go wrong?

Considering the logistics of building such a collaboration, Paul and Markus were clearly successful. This is a win for them, and a win for all of us lucky fans to see it.