Today at the New York Comic Con, LEGO officially pulled the curtain from their newest line, Nexo Knights. A cross between Space and Castle, Nexo Knights features knights in robotic power armor riding mechanical hovering horses and driving giant vehicles. The Nexo Knights theme will be accompanied by a companion app titled Merlok 2.0, as well as a 20-episode television series chronicling the adventures of the knights. It airs in December. 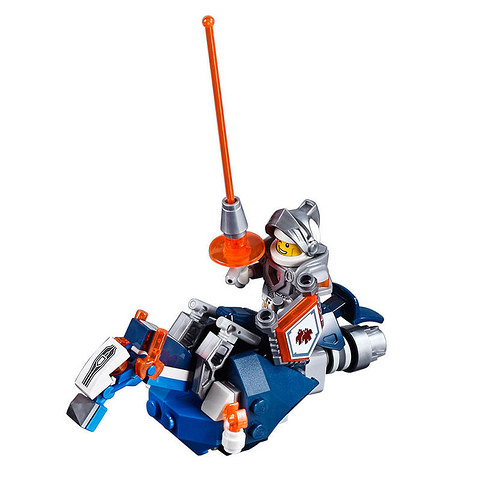 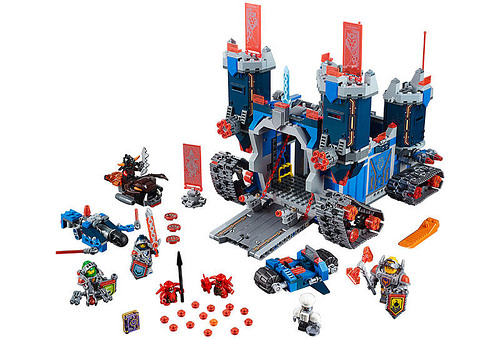 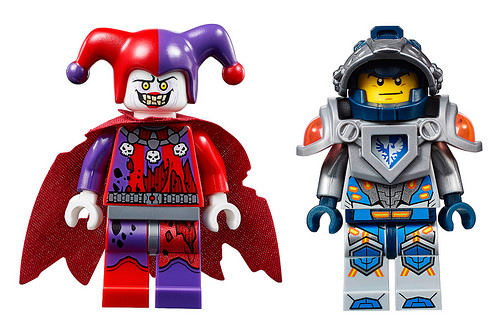 While many of our viewers will no doubt be having flashbacks to Knights Kingdom II right about now, it looks like these sets will at the least feature a lot of new parts great for Space and Mecha builders. We also still haven’t seen the full set lineup, so keep your eyes out for the rest of the sets.

Read the full press release after the jump. 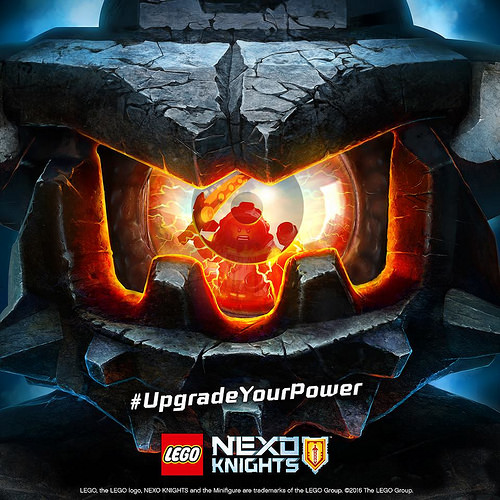 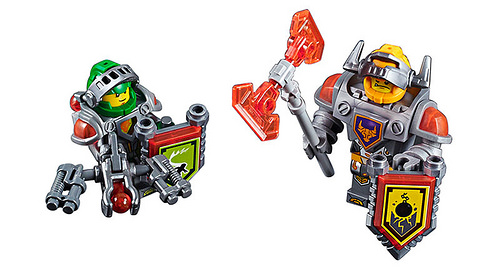 Story
Set in the futuristic, high-tech world of the Kingdom of Knighton, LEGO NEXO KNIGHTS follows five young knights in their quest to battle Jestro, his sidekick, the Book of Monsters, and their Lava Monster Army. Heroic knight, Clay Moorington, leads the band of knights, including alpha superstar Lance Richmond, hipster Aaron Fox, Macy Halbert, a princess who would rather be a knight, and Axl, the giant. Together, under the tutelage of Knights’ Academy mentor and Great Digital Wizard, Merlok 2.0, they join forces to defeat the enemy.

Building Sets and Consumer Products
Fourteen richly detailed building sets will be available in January 2016, ranging in price from $9.99 to $99.99. Additional building sets will launch in August 2016. The first two sets are being revealed at New York Comic Con. Consumer products partners across key categories are also engaged in creating a merchandise program dedicated to LEGO NEXO KNIGHTS, such as publishing and soft goods.

Television Series
LEGO NEXO KNIGHTS, a 20-episode, animated adventure comedy series, will debut on select global broadcast television networks as soon as late December 2015 and air throughout 2016. The core means by which children follow the story and get to know the characters, the series follows the constant adventures of LEGO NEXO KNIGHTS heroes and villains. Children will also be able to scan new LEGO NEXO KNIGHTS powers directly from their content viewing screen into their app games, further connecting their play experience. 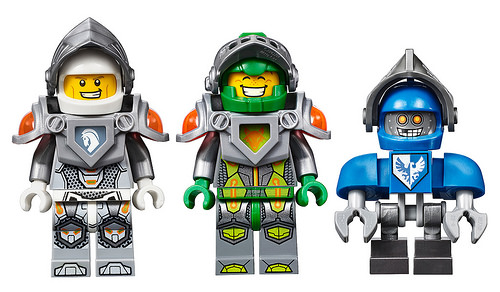